10 Astronomy Institutes in India that are fostering Space Education

An education in space and astronomy is not the most professional degree that one can acquire. Most of it can be attributed to an individual’s own desire to learn about this field. Astronomy, sometimes considered as a sub-field of Physics is further divided into several branches such as Astrophysics, Astrometeorology, Astrobiology, Astrogeology, Astrometry, Cosmology etc.

GoI mainly supports the education sector around astronomy in India and there is rarely any private endeavor in this space. Yet these 10 institutes in India have greatly contributed to space education on the formal level.

Aryabhatta Research Institute of Observational Sciences (ARIES) is a leading research institute in Nainital, Uttarakhand which specializes in Astronomy, Astrophysics and Atmospheric Sciences. An autonomous body under the Department of Science and Technology (DST), Government of India, the institute is situated at Manora Peak (1,951 m (6,401 ft)), about 9 km from Nainital, a popular hill station.

The astronomical observatory is open to the public during working days on afternoons. For night viewing however, three – four days on moonlight nights are fixed and prior permission is needed. 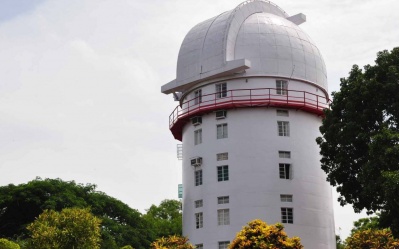 The Indian Institute of Astrophysics (IIA), with its headquarters in Bangalore (Karnataka state), is a premier National Research Institute of India. IIA conducts research primarily in the areas of astronomy, astrophysics and related subjects. It is widely recognized as one of the best research institutes in the country.

The institute has a network of laboratories and observatories in India, including Kodaikanal (the Kodaikanal Solar Observatory), Kavalur (the Vainu Bappu Observatory), Gauribidanur, Hanle (the Indian Astronomical Observatory) and Hosakote. 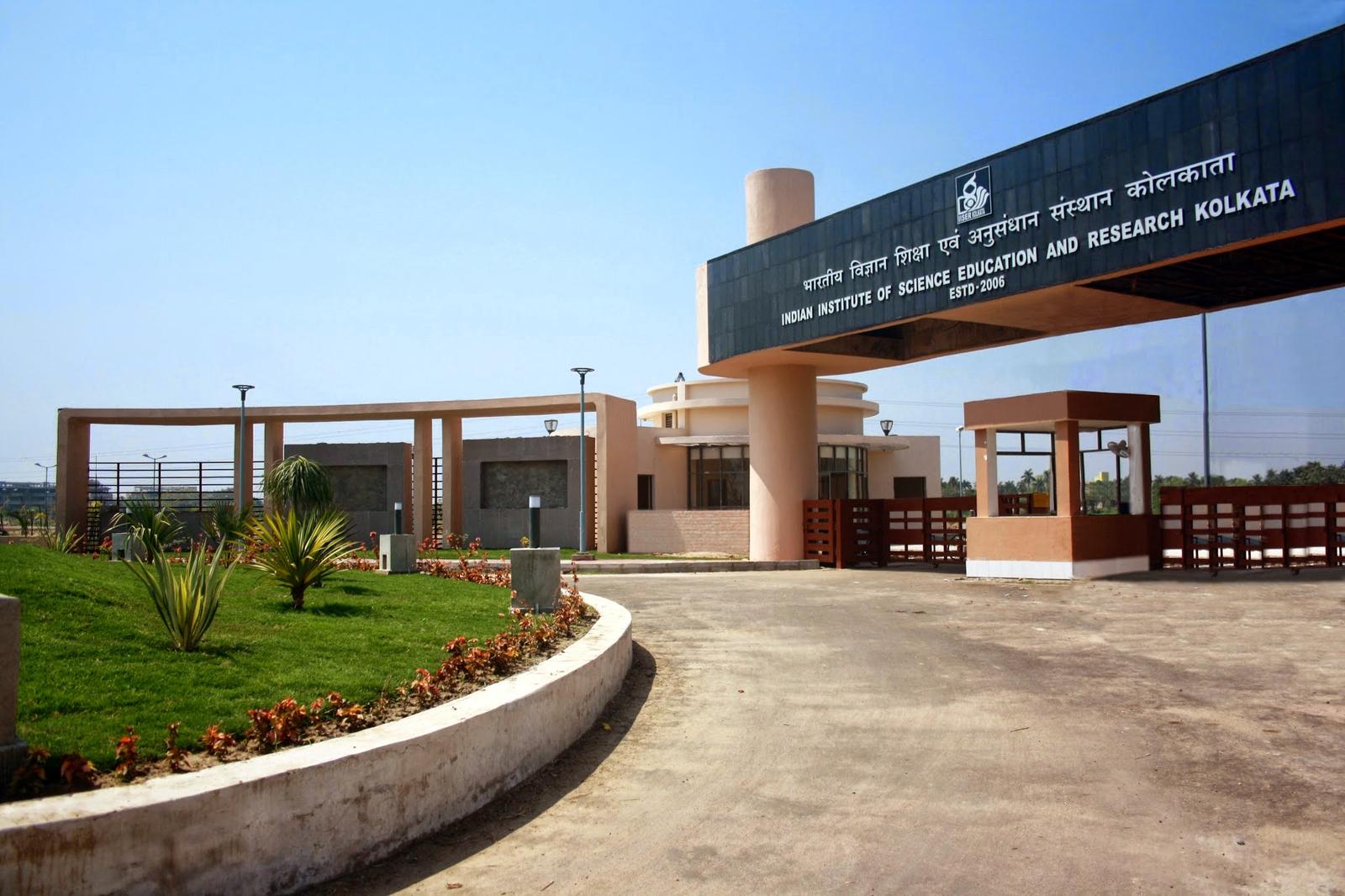 The Government of India, based on the recommendation of Scientific Advisory Council to the Prime Minister, through the Ministry of Human Resource Development (MHRD), established five Indian Institutes of Science Education and Research (IISER) (Hindi: भारतीय विज्ञान शिक्षण एवं अनुसंधान संस्थान) in 2006. These institutes are currently located in Kolkata, Pune, Mohali, Bhopal and Thiruvananthapuram.

Each IISER is an autonomous institution awarding its own Masters and Doctoral degrees. Students are encouraged to carry out research projects during the vacation periods in the first four years of their Masters programme in various research institutes outside IISER. 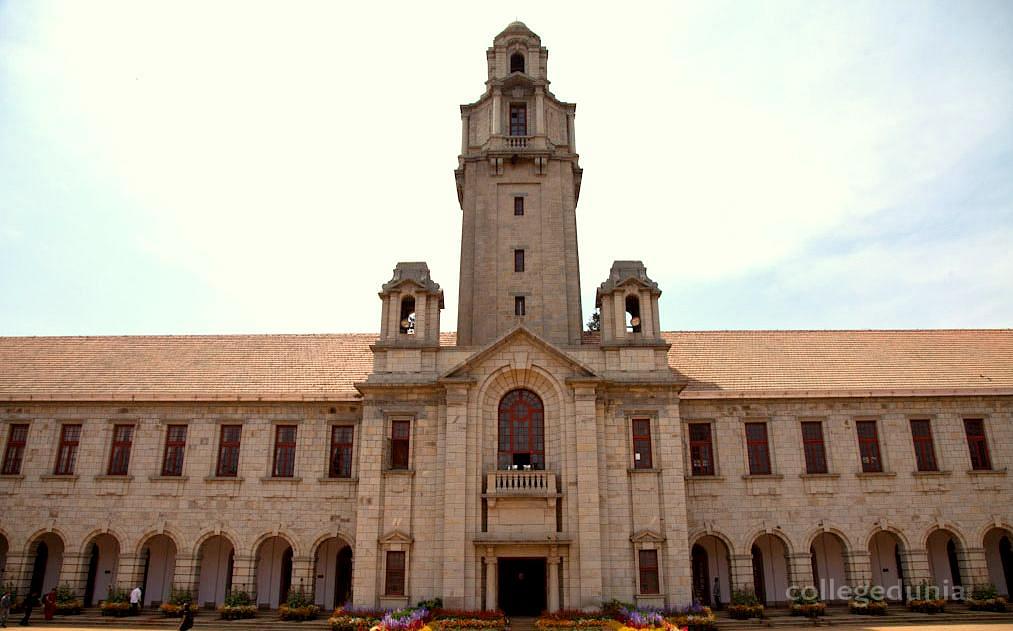 Indian Institute of Science (IISc) is a public university for scientific research and higher education located in Bangalore, India. Established in 1909 with active support from Jamsetji Tata and H.H. Sir Krishnaraja Wodeyar IV, the Maharaja of Mysore. It is also locally known as the “Tata Institute”.

It acquired the status of a Deemed University in 1958. IISc is widely regarded as India’s best university. It has been ranked at number 11 and 18 worldwide (and ranked 3rd and 6th in Asia) when considering the criteria of Citations per Faculty in 2014 and 2015 respectively.

IISc was the first Indian institute to feature on Times Higher Education World University Rankings for engineering and technology in the year 2015-16 at 99th position.

IISc has been ranked number 1 and 4 in the BRICS and Asian region respectively while considering the criteria of Papers per Faculty in 2015. It was inaugurated on 14 September 2007 by G. Madhavan Nair, the then Chairman of ISRO. IIST was set up by the Indian Space Research Organisation (ISRO) under the Department of Space, Government of India.P. J. Abdul Kalam, former President of India, was the Chancellor of IIST. IIST offers regular engineering undergraduate, postgraduate and doctorate programmes with focus on space science, technology and applications.

The National Centre for Radio Astrophysics (NCRA) of India is a premier research institution in India in the field of radio astronomy is located in the Pune University Campus(just beside IUCAA), is part of the Tata Institute of Fundamental Research, Mumbai, India.

NCRA has an active research program in many areas of Astronomy and Astrophysics, which includes studies of the Sun, Interplanetary scintillations, pulsars, the Interstellar medium, Active galaxies and cosmology and particularly in the specialized field of Radio Astronomy and Radio instrumentation. NCRA also provides exciting opportunities and challenges in engineering fields such as Analog and Digital Electronics, Signal Processing, Antenna Design, Communication and Software Development.

The Physical Research Laboratory (PRL) is a National Research Institute for space and allied sciences, supported mainly by Department of Space, Government of India. This research laboratory has ongoing research programmes in astronomy and astrophysics, atmospheric sciences and aeronomy, Earth sciences, Solar System studies and theoretical physics. It manages the Udaipur Solar Observatory and is located in Ahmedabad.

Known as the cradle of space sciences in India, the Physical Research Laboratory (PRL) was founded on 11 November 1947 by Dr. Vikram Sarabhai. PRL had a modest beginning at his residence, the RETREAT, with research on cosmic rays.

The institute was formally established at the M.G. Science Institute, Ahmedabad, with support from the Karmkshetra Educational Foundation and the Ahmedabad Education Society. Prof. Kalpathi Ramakrishna Ramanathan was the first Director of the institute. The initial focus was research on cosmic rays and the properties of the upper atmosphere. Research areas were expanded to include theoretical physics and radio physics later with grants from the Atomic Energy Commission.

The Radio Astronomy Centre (RAC) is part of the National Centre for Radio Astrophysics (NCRA) of the well-known Tata Institute of Fundamental Research (TIFR) which is funded by the Government of India through the Department of Atomic Energy. The RAC is situated near Udhagamandalam (Ooty) in the beautiful surroundings of the Nilgiri Hills and it provides stimulating environment for the front-line research in radio astronomy and astrophysics with its excellent and highly qualified staff and international reputations.

Raman Research Institute (RRI) is an institute of scientific research located in Bangalore, India. It was founded by Nobel laureate C. V. Raman. Although it began as an institute privately owned by Sir C. V. Raman, it is now funded by the government of India.