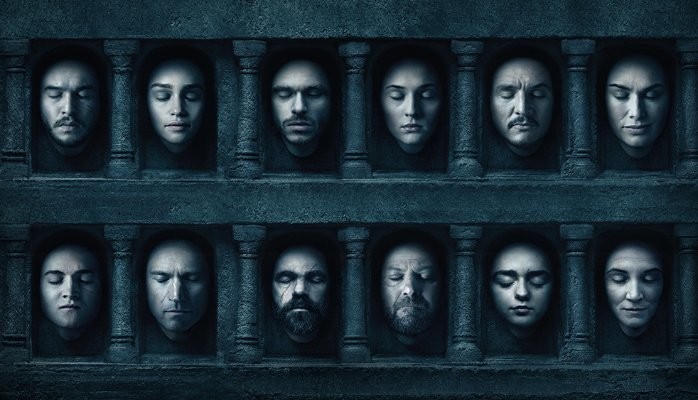 One of the major research areas, facial recognition has been adopted by governments and organisations for a few years now. Leading phone makers like Apple, Samsung, among others, have been integrating this technology into their smartphones for providing maximum security to the users. As per research, facial recognition technology is expected to grow and reach $9.6 billion by 2020.

In this article, we list down 10 face datasets which can be used to start facial recognition projects.

(The datasets are listed according to the latest year of publication)

Flickr-Faces-HQ Dataset (FFHQ) is a dataset consist of human faces and includes more variation than CELEBA-HQ dataset in terms of age, ethnicity and image background, and also has much better coverage of accessories such as eyeglasses, sunglasses, hats, etc. The images were crawled from Flickr and then automatically aligned and cropped.

Size: The dataset consists of 70,000 high-quality PNG images at 1024×1024 resolution and contains considerable variation in terms of age, ethnicity and image background.

Projects: This dataset was originally created as a benchmark for generative adversarial networks (GAN).

Size: The dataset contains over 10,000 images, where 74 females and 38 males from more than 15 countries with an age range between 4 to 70 years old are included.

Size: The size of the dataset is 215MB

Projects: This dataset can be used to discriminate real and fake images.

This dataset by Google is a large-scale facial expression dataset that consists of face image triplets along with human annotations that specify, which two faces in each triplet form the most similar pair in terms of facial expression.

Size: The size of the dataset is 200MB, which includes 500K triplets and 156K face images.

Size: The size of the dataset is 497MP and contains 7049 facial images and up to 15 key points marked on them.

Projects: This dataset can be used as a building block in several applications, such as tracking faces in images and video, analysing facial expressions, detecting dysmorphic facial signs for medical diagnosis and biometrics or facial recognition.

Size: The size of the dataset is 173MB and it consists of over 13,000 images of faces collected from the web.

Projects: The dataset can be used for face verification and other forms of face recognition.

UTKFace dataset is a large-scale face dataset with long age span, which ranges from 0 to 116 years old. The images cover large variation in pose, facial expression, illumination, occlusion, resolution and other such.

Size: The dataset consists of over 20K images with annotations of age, gender and ethnicity.

Projects: The dataset can be used on a variety of task such as facial detection, age estimation, age progression, age regression, landmark localisation, etc.

This dataset is a processed version of the YouTube Faces Dataset, that basically contained short videos of celebrities that are publicly available and were downloaded from YouTube. There are multiple videos of each celebrity (up to 6 videos per celebrity).

Size: The size of the dataset is 10GB, and it includes approximately 1293 videos with consecutive frames of up to 240 frames for each original video. The overall single image frames are a total of 155,560 images.

Projects: This dataset can be used to recognising faces in unconstrained videos.

CelebFaces Attributes Dataset (CelebA) is a large-scale face attributes dataset with more than 200K celebrity images, each with 40 attribute annotations. The images in this dataset cover large pose variations and background clutter.

Size: The size of the dataset is 200K, which includes 10,177 number of identities, 202,599 number of face images, and 5 landmark locations, 40 binary attributes annotations per image.

Size: The size of the dataset is 6.4MB and contains 5760 single light source images of 10 subjects each seen under 576 viewing conditions.

Projects: The dataset can be used for facial recognition, doppelganger list comparison, etc.