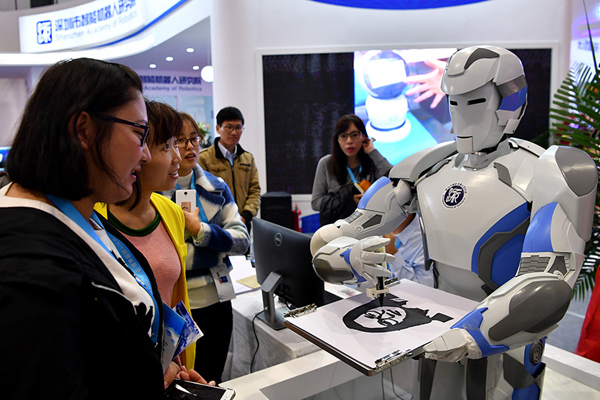 The Chinese AI startup ecosystem is known for its cutting-edge technology solutions, thus superseding other nations and technology giants to become one of the leading players in the field.

As it continues to make substantial strides in the field all in an attempt to solidify its position as the top AI leader in the world, the Chines startups, government and other key stakeholders have been pumping in millions of dollars to further developments in the field.

In this article, we look at the top AI startups in China and how they have carved a niche in the industry.

Ubtech Robotics: This is an artificial intelligence humanoid robotic company, based out of Shenzhen in China. The startup was established in the year in 2012 by entrepreneurs Zhou Jian and designs a range of AI-powered robotics for different sectors and serves customers in Germany, the United States, India, Norway, France, Italy, and other countries. Since its inception, the startups have raised three rounds of funding so far. In 2018, it raised $820 million in a series C funding, making it the largest funding round ever for an artificial intelligence company. Among its range of solutions include Iron-man and Star Wars-themed robots that are capable of facial recognition, voice commands and equipped-with augmented reality and infrared sensors.

SenseTime: It is an AI company that focuses on innovative computer vision, learning technologies and image recognition. The startup has raised as many as seven rounds of funding and is considered to be as the world’s most valued AI startup. The latest round of funding was led by Qualcomm’s venture capital initiative where it invested a whopping $620 million in fresh capital fund.

SenseTime was established in 2014 and is co-founded by Bing Xu, Li Xu, Xiaogang Wang and Xiaolan Xu. The startup’s AI-based solutions range from smart-solution to advertising and it has closely worked with the Ministry of Science and Technology of China to establish its National Open Innovation Platform for Next-Generation Artificial Intelligence on Intelligent Vision, sensitive is the 5th national AI platform in China.

Face and body sensing, robot sensing, image detection, deep learning platform, video And image processing are some of the areas that the startup works in.

Megvii: Set up in 2011, the startup is an industry-oriented solution provider for AI-based technologies. Ali Baba, Huawei, Lenovo etc are some of the big names among its customers and has also collaborated with the Chinese Ministry of Public Security and Taxation for proving it slew of AI solutions. Since its inception, the startup has raised seven rounds of funding with the latest being as recent as May, where it raised $750 in series D funding.

Mobvoi: The startup is focused on solutions in the field of Chinese language speech recognition, natural language processing, and vertical mobile search.

It was established in the year 2014 by Zhifei Li, a former Google employee with the aim of defining the next-generation of human-machine interaction. A deeply-tech driven company, the startup has developed a series of proprietary interactive AI technologies, including wake words, speech recognition, natural language understanding etc.

Its watch series is a range of solutions that combines AI with wearable devices and are equipped with features like Google’s Wear OS, health monitoring and a GPS system. The startup has raised five rounds of funding totalling up to $252.7M.

Rokid: Is a Chinese startup that is that focuses on consumer product and leverages a range of technologies such as AI, augmented reality, consumer electronics, human-computer interaction, and robotics. The startup was established in 2014 by Eric Wong and Mingming Zhu with an aim to superior industrial design and superlative user experience to its customers. Currently, Rokid focuses on  research and development in the field  of speech and imaging technology and has a line smart speakers with inbuilt assistant speakers.