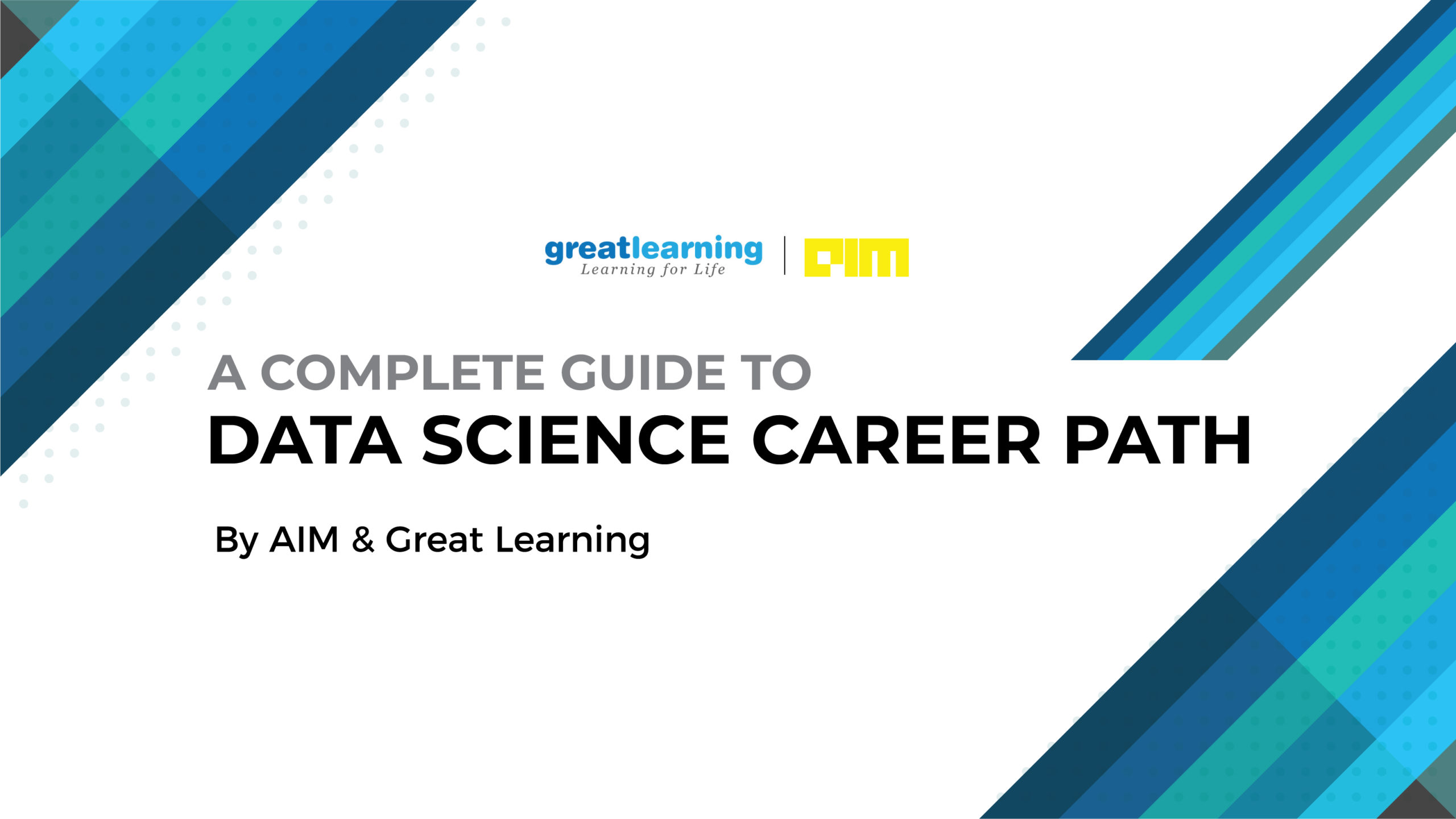 India is rising and shining bright when it comes to adopting new and emerging technologies. Enterprises from almost all major industry verticals are hiring data science experts to help them garner actionable insights from big data. The analytics sector has witnessed a sharp increase in demand for highly-skilled professionals who understand both the business world as well as the tech world. Organisations today are on a constant lookout for such professionals who can fill this ever-growing dearth in talent.

The stark reality, however, is that there is a lot of confusion regarding this profession among aspiring professionals. Discussion forums, articles and blogs are full of queries where these aspirants and job seekers want to actually know what it takes to become a data science professional.

The Goal Of This Guide

Done in collaboration with Great Learning, The idea behind preparing this guide is to inform and educate data science aspirants as to how their career trajectory would look like in the future. From what kind of skills they need to equip themselves with, to kind work experience-level they need to achieve to apply for specific jobs — this Guide will cover this entire expanse. This is a one-stop-guide meant to give a hawk-eye view of a potential career trajectory in the emerging tech sector — specifically for the roles of Data Scientist, Data Analyst, Data Engineer and Business Intelligence Developer.

Here, the aspirant will also get an idea of the kind of tools, skills and capabilities he/she should equip himself/herself with before entering the workforce.

Who Is A Data Science Professional

The term data scientist is being used rather loosely — from analysts to data visualisers and business intelligence experts — all are being termed as data scientists. While this loose net of a definition is not entirely erroneous, a data scientist can basically be defined as a person who is part mathematician, part Computer Scientist and part business trend spotter and is able to straddle both the IT and the business worlds.

Data Science is now being integrated with industries across all sectors. That’s why not only are the data scientists expected to have a broader set of skills, but the employers also expect more cohesive specialisation and collaboration.

Numerous data science aspirants are having trouble in identifying data science profiles and analysing if their talents suit the job description. Due to the fact that this is a relatively nascent sector, most organisations are rather fluid and creative when it comes to designations and career paths. This is also due to the fact that there is no clear precedence regarding these titles.

Data Science is considered one of the most lucrative jobs in the industry right now. With numerous openings spanning across all sectors, data science jobs are showing only the signs of growth. As more and more companies are adopting data science, companies are hiring data scientists by hordes. However, despite India being a frontrunner in technical education and research, the demand-supply gap for data science jobs vs applicants is only widening.

At this point of time in the analytics ecosystem, 70% of the job postings in this sector are for data scientists with less than five years of work experience.

The career trajectory for a data scientist is slightly complicated to trace for different reasons. Most of the middle and senior-level management, with 10-15+ years of work experience, started off from software or coding designations since the sector wasn’t evolved enough to encompass the designation of a data scientist. However, things are changing now, and the succeeding generations of data scientists will have a more clear idea of their career paths.

Here, we will address the ‘big four’ designations and their synonyms for data scientists (mentioned above) and trace their professional career path.

A ‘Data Scientist’ is the crème de la crème in any company. That is why this designation is most sought-after by professionals these days. Many organisations use this designation as it’s easy for aspirants to search for and apply. Other companies use designations like “Business intelligence expert” or “market analyst” for the same.

Role: American mathematician and computer scientist DJ Patil defined the role of a data scientist as, “A unique blend of skills that can both unlock the insights of data and tell a fantastic story via the data.” In the modern workplace, data scientists also have to build machine learning models for prediction, find patterns and trends in data, visualise data, and even pitch in with marketing strategies.

Organisations usually use this designation to communicate that this role involves more technical knowledge. Some of its synonyms are “Analytics Professional” or “Business Analyst”.

Role: The role of a Data Analyst revolves around using the company data to generate actionable insights which then the C-suite can take action upon. Another interesting fact about data analysts is that their projects usually change from time to time. So for 3 months, a data analyst may be working with the marketing department, and the next, may be shifted to production.

Corporate Ladder: The corporate ladder for a Data Analyst/Analytics Professional/Business Analyst would look something like the following. However, it is to be noted that this designation also has the flexibility for lateral movement towards more specific and niche roles.

A Data Engineer is considered as the backbone of any big organisation. Companies usually hire data engineers to channel their talents towards software development. Some of its synonymous roles are, “Data Archi- tect” and “Quantitative Analyst”.

Role: As a data engineer works with the organisation’s core data infra- structure, this role requires a deep knowledge of programming skills. In most organisations, a data engineer is responsible for building data pipe- lines and correcting the data flow to make sure the information reaches the relevant departments.

Corporate Ladder: The corporate ladder for a Data Engineer/Data Archi- tect/Quantitative Analyst would look something like the following. As this role is more niche and central to the organisation, lateral movement is un- common. However, for the same reason, this job is the most impervious to layoffs.

A Business Intelligence Developer in any organisation is considered as a sort of jack of all trades who basically has to have a firm grasp on the fundamentals of analytics as well as the IT department as a whole. Some of its synonymous roles include, “Systems Analyst” and “Machine Learning Engineer”.

Role: A Computer Scientist’s role has a lot of overlaps with key functions including data science, programming and data architecture, among oth- ers. This role has greater impetus on technical, rather than analytical skills and requires advanced knowledge of all popular machine learning tech- niques.

Career Ladder: The corporate ladder for a Computer Engineer/Systems Analyst/Machine Learning Engineer would look something like the following. As this role has purview over almost all of the other departments, especially digital and emerging tech, there is also a great chance for lateral movement in the organisation.

Next Step For Aspiring Data Scientists

With data science and analytics becoming an important part of most organisations, the subject has attracted wide attention among IT professionals and engineering graduates.

They are clearly keen to build a strong base in this upcoming field. The interdisciplinary application of data science, analytics, programming and coding has led to a surge in interest among students from the STEM background, who are looking to improve skills and gain a deep understanding of big data and its business applications.

In fact, according to research conducted by AIM and Great Learning, 71.6% of the respondents said that they want to study data science via online mode of education.