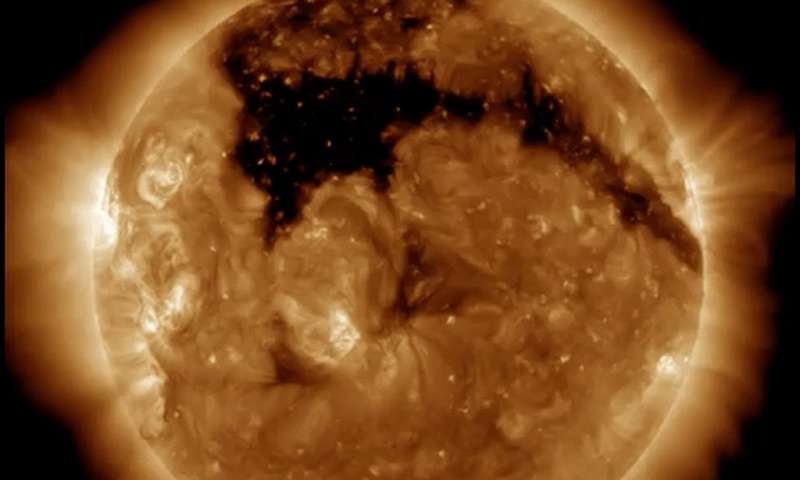 The universe is infinite but the human mind is curious enough to make all the possibilities finite. To unlock these possibilities of unexplored worlds, researchers have now tapped the potential of artificial intelligence to get a sneak peek into the mysterious life of stars.

Using AI and sound waves, astronomers have now been able to study hidden facts of stars such as age, composition and more. In a recent study, researchers have considered stars as vibrating balls of plasma held together by their own gravity. They were able to study the internal state of a star by looking at vibrations that propagate from the core of its surface. They also used deep neural networks to generate some interesting insights.

Over the last few years, researchers have been able to bring tremendous progress in stellar physics because of the increased application of asteroseismology. The researchers have developed a novel method based on machine learning principles to achieve optimal initiation of CPU-intensive computations for forward asteroseismic modelling. They trained a deep neural network on a precomputed asteroseismology grid containing about 62 million coherent oscillation-mode frequencies derived from stellar evolution models.

The research is based on the basic premise that every star is a dynamic, vibrating maelstrom of intense frenetic activity with varying temperatures from its core to the outside. The star body gets all the heat from the inside to outside, where it desperately wants to go. While stars usually exist in a state of equilibrium, any slight disturbance can result in slight bumps and wiggles on the surface. Researchers have referred to these wiggles as sound waves as they produce vibration inside them, of varying duration.

These vibrations can reveal information such as how old it is, what percentage of heavier elements swim around inside it, how various internal layers are connected and more. The vibrations are essentially caused by starquakes (similar to earthquake), that creates sound with specific frequencies that help in deducing how big the star is. These vibrations are analysed in computers using physics to deduce how stars work on the inside. Researchers could also pinpoint about the magnetic fields, the relationship between rotation and heat transfer, and more.

The researchers developed an optimal deep learning tool to gain computational efforts. Neural networks, especially Deep Neural Networks (DNN) have received a lot of traction in recent times because of the advancements in computer vision and NLP. The large datasets and good processing power ensure high accuracies on many different types of computational problems.

The researchers explored this space and trained DNN on an asteroseismological grid of intermediate-mass and high-mass stars to predict the frequencies of their coherent oscillation modes. The neural network architecture used in this work is a fully connected or dense network.

The researchers trained a deep neural network on an asteroseismological model grid containing more than 60 million theoretically predicted oscillation modes. Once it was trained, it was applicable to all stars within the grid of the training set. “This took around six hours on a Nvidia GTX 1080. By using a genetic algorithm over this trained neural network to find the maximum likelihood one can successfully find appropriate regions for the stellar parameter,” noted researchers in the paper.

As these activities of the star are captured, the simulations of star activity are fed on the systems on the computer models that collect and synthesize information about stars, to an AI network. This network absorbs the information to find a relationship between internal variables such as stellar mass, age, vibration patterns visible on their surfaces and more.

The AI takes the sound wave data and compares it to the simulations to reveal interesting insights about the star which may be used by researchers studying stars to make breakthrough developments. The researchers hope that with AI they might be able to analyse raw stellar sound wave data quicker than human. They have trained a neural network on the simulations, allowing it to discover all the subtle relationships between model input parameters such as the mass of the star, metallically, etc. and vibration patterns on the surface. Using the information generated they would use algorithms to look at real stars for further research.

While the use of AI in detecting personal details of stars is quite new, it holds some strong potential in the future. The researchers concluded that while the DNN prediction is not perfect, it reveals regions to focus for more detailed screening. This method is therefore suitable as a first sampling strategy to constrain the possible complex parameter space. Indeed, the results of the network can be used as a seed point for more advanced applications of forward asteroseismic modelling. This technique is still in its infancy when it comes to asteroseismology, but opens up a promising future for mining through stellar samples, understanding how stars work on the inside.

In a previous study, researchers used an AI-based program to identify billions of stars. The
researchers from the University of Illinois created a star-galaxy classification framework that utilises neural networks for all the heavy lifting. They made use of deep convolutional neural network on data fetched from various sources to compile accurate classifications that are competitive with more conventional machine learning techniques.