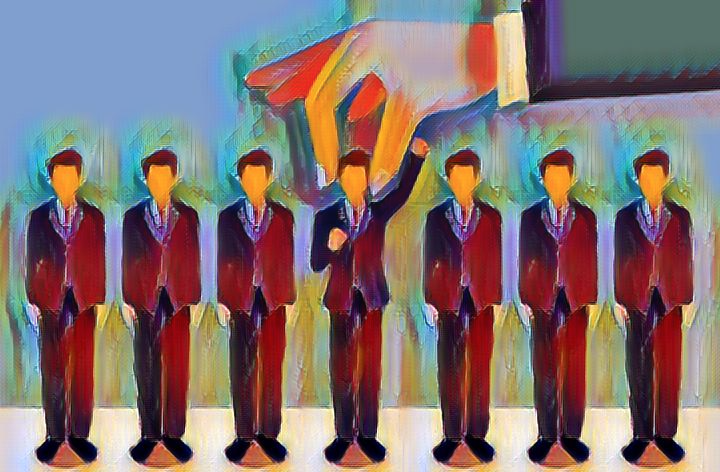 Looking for the right candidate in any organisation has become more than just finding a person with that attractive resumé, a cover letter with the “it factor” or enthusiastic recommendations. Now, AI is being introduced to one of the key department in any organisation that deals with all the employees — the Human Resources (HR) department.

According to Fast Company, Facebook, IBM, and scores of other companies have started incorporating AI into their hiring practices. But one of the basic questions potential candidates are asking, is: You can impress a person with your great personality and charm, but how do you impress (essentially) a robot?

Reports suggest that the AI systems used in the HR department are more sophisticated than flipping through the pages of numerous resumés received by big companies. They are also programmed to scan work samples or the potential candidates, scroll through their social media posts, and analyse facial expressions on behalf of the HR managers.

For example, Talla the chatbot can even provide a set of interview questions based upon the role of the prospective candidate. Rob May, CEO of Talla, told Forbes: “You can look at Talla as an intelligent assistant which is able to augment a mid level HR professionals’ job so she can focus on more strategic HR issues.”

Other AI-based softwares for HR, such as HireVue, Koru and Fama, have also become popular over time. There are also chatbots such as CindyBot, a technology built to help women ask for a raise in their organisation.

Estée Lauder the American company, which manufactures and sells high-end skincare, makeup, fragrance and hair care products, is using new AI-based video technology as a part of their hiring process.

As the company is to hire over 30,000 beauty advisors next year, Michael Bowes, vice president of global talent told Forbes that the new technology will “…open up the funnel of candidates and leverage technology to screen them, so that human interaction would take place at the right time.”

But experts have been arguing about two major points: One, would human biases extend to the AI counterparts, because, after all, it is humans who wrote the algorithm; and Two, would it replace human interaction?

A podcast by IBM Watson featuring Ben Eubanks, Principal Analyst of Lighthouse Research and co-founder of HRevolution Movement, says that AI is not an “either or” solution. It’s an “and” solution. Many experts, in fact believe that AI-based programmes for talent acquisition would increase the diversity in the workplace.

Will IBM Sell Off Watson?