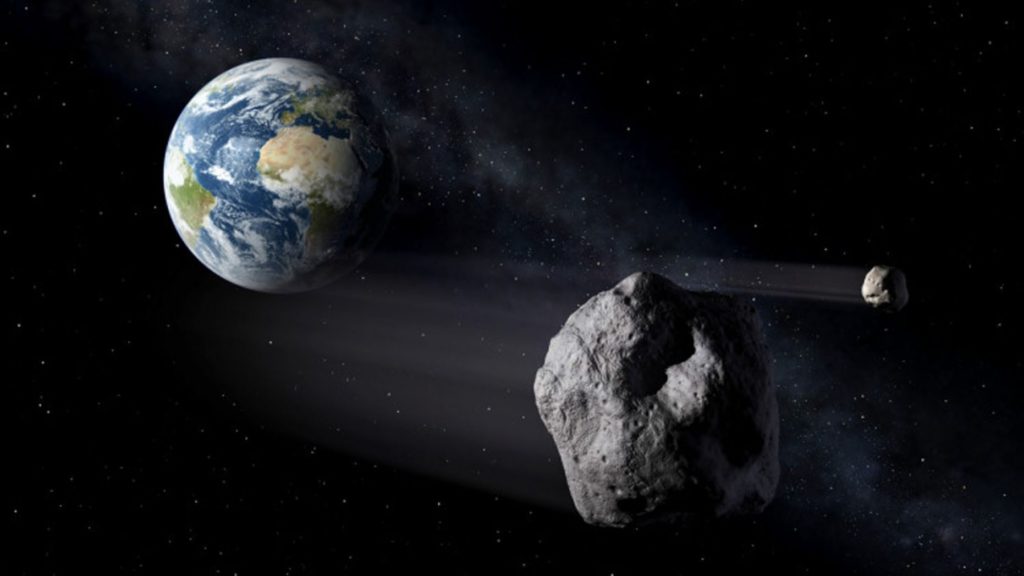 An asteroid hitting Earth is one of humanity’s greatest existential threats, making it imperative that asteroid detection is a vital task for government space agencies around the world. Using advanced artificial intelligence, researchers in the Netherlands have discovered several “potentially hazardous objects” that were not spotted by humans.

The research, published in Astronomy & Astrophysics, looked at space objects more than 100 meters in diameter that were likely to come within 4.7 million miles of Earth. The AI ran simulations 10,000 years into the future and discovered 11 asteroids that are not on NASA’s list of “potentially hazardous” near-Earth objects.

“The resulting instrument named the Hazardous Object Identifier (HOI) was trained based on an artificial set of known impactors which were generated by launching objects from Earth’s surface and integrating them backwards in time,” the researchers wrote in the study’s abstract. “HOI was able to identify 95.25% of the known impactors simulated that were present in the test set as potential impactors. Besides, HOI was able to identify 90.99% of the potentially hazardous objects identified by NASA, without being trained on them directly.”

“Potentially hazardous” NEOs (Near Earth Objects) are defined as space objects that come within 0.05 astronomical units and measure more than 460 feet in diameter, according to NASA. One of the study’s co-authors, astronomer and simulation expert Simon Portegies Zwart, said that now that the method works, further research is needed.

“We now know that our method works, but we would certainly like to delve deeper in the research with a better neural network and with more input,” Zwart said in a statement. “The tricky part is that small disruptions in the orbit calculations can lead to major changes in the conclusions.”

According to a 2018 report put together by Planetary.org, there are more than 18,000 NEOs. NASA has been preparing for planetary defence from asteroid strikes for years. A recent survey showed that Americans prefer a space program that focuses on potential asteroid impacts over sending humans back to the moon or to Mars.

In April 2019, NASA awarded a $69 million contract to SpaceX, the space exploration company led by Elon Musk, to help it with asteroid deflection via its DART mission.

NASA has recently expanded its planetary defence protocols, including last year’s unveiling of a bold new plan to protect Earth. In June 2018, NASA unveiled a 20-page plan that details the steps the U.S. should take to be better prepared for NEOs such as asteroids and comets that come within 30 million miles of the planet.

Lindley Johnson, NASA’s planetary defence officer, said that, at the time that the country “already has significant scientific, technical and operational capabilities” to help with NEOs, but implementing the new plan would “greatly increase our nation’s readiness and work with international partners to respond effectively should a new potential asteroid impact be detected.”

NASA Administrator Jim Bridenstine has warned that an asteroid strike is not something to be taken lightly and is perhaps Earth’s biggest threat.

“We have to make sure that people understand that this is not about Hollywood, it’s not about movies,” Bridenstine said at the International Academy of Astronautics’ 2019 Planetary Defense Conference in College Park, Md., according to Space.com. “This is about ultimately protecting the only planet we know right now to host life, and that is the planet Earth.”