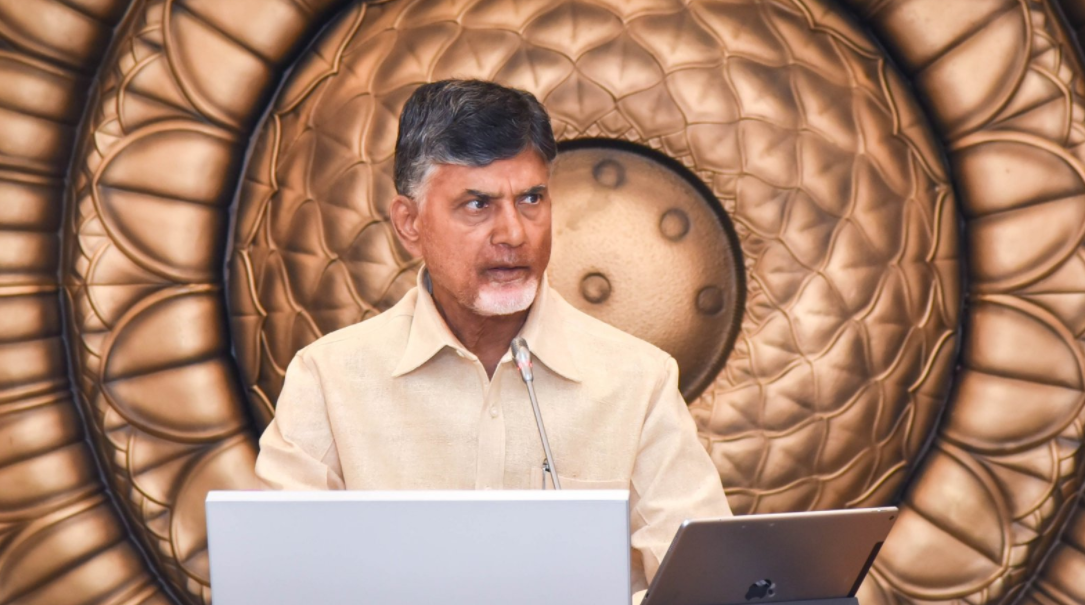 While Prime Minister Narendra Modi has been turning heads the world at the World Economic Forum (WEF), N Chandrababu Naidu, the Chief Minister Andhra Pradesh is parallely working on leaving no stone unturned at Davos to bring the latest technology and investments to the state.

Naidu, who has been a regular attendee of the WEF for 14 years, is leveraging the global platform to secure investments for the state, especially for the development of the de facto capital, Amravati.

Before departing for Davos, Naidu told the media on his plans to attract investments, “I am planning to go for disruptive technology…. I want Amaravati to be India’s centre of cloud management, artificial intelligence, data analytics, cyber security, blockchain, healthcare etc.”

Andhra Pradesh currently shares its de jure capital Hyderabad with the neighbouring state Telengana, which was formed from the bifurcation of Andhra Pradesh in 2014. Naidu has been personally helming the challenging task of developing a highly sophisticated capital for the state as the shared capital is expected to belong entirely to Telangana within the next 10 years. Andhra Pradesh was ranked as the top most state in India when it came to the ease of doing business and Naidu told on the sidelines of Davos that he aims to elevate the state to the top five in the world in that department.

“We are planning nine unique districts as part of the larger Amaravati project — financial district, legal district, entertainment district, sports district, healthcare district…on those lines. At Davos, I want to not only attract investment for each of these areas, but also capture the latest trends in technology,” Naidu said.

It has been reported that the Government of Andhra Pradesh has already signed a strategic Memorandum of Understanding (MoU) with Hitachi at Davos. Hitachi will help establish the

Hitachi MGRM Citizen Lifecycle E-Governance platform in the state. The deal brings with it technological prowess from the company which in turn will see Andhra Pradesh Economic Development Board (APEDB) providing logistic and legal assistance to the Japanese conglomerate.

Nara Lokesh, Minister for Information Technology of the state, who is accompanying Naidu at the WEF, highlighted the world’s renewed interest in India and supported the idea of youngsters adopting and sharing best practices from the world. He also spoke about the state’s interest in combining technology and rural development to alleviate poverty.

“I am interested in combination of technology and rural development so we can give pinpoint delivery and eliminate poverty,” Lokesh told a news agency.

Met with Mr. Said Al-Hadrami, VP International Operations, @Saudi_Aramco, the world’s largest oil and gas company by means of revenue. I have invited him to attend the Partnership Summit which is to be held in Visakhapatnam from Feb 24 to 26, 2018.#APatDavos pic.twitter.com/y1dkNZDJec