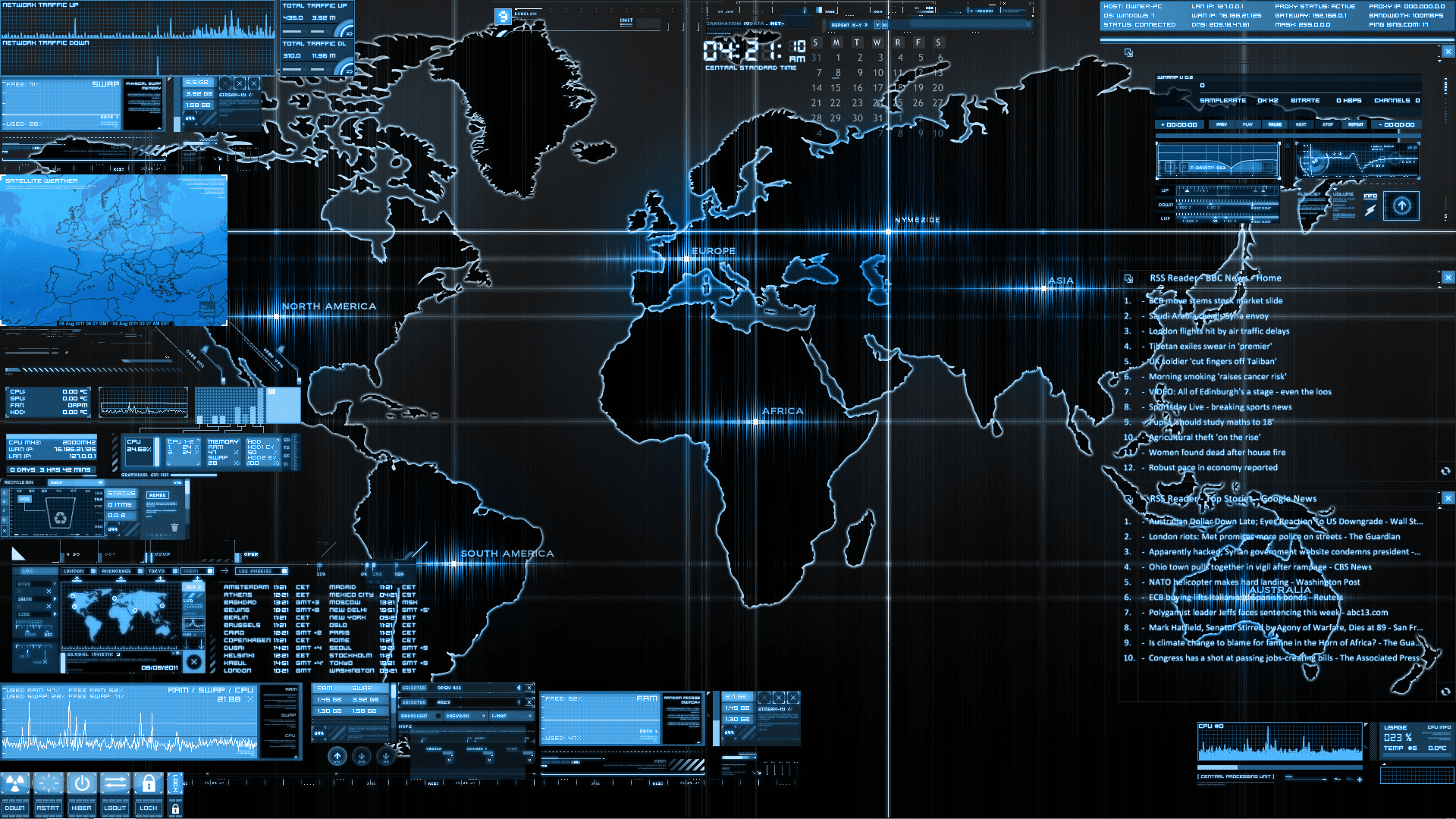 In recent times, the industry is facing a shakeup due to the macroeconomic factors which basically involve the policies like the restrictive measures taken by the US Government on immigration and other trade practices globally. At the same time, strengthening of Indian Rupee against US dollar and Yuan being devalued, there is surely going to be a negative impact on the pricing strategies for the outsourcing countries, which outsource most part of their operations to India, Philippines and some areas of China. In wake of all of this, there needs to be a viable option, to counter these macroeconomic effects in the interest of the countries, which outsource a major portion of their operations to countries with knowingly cheap labor.

India as an export hub of IT services and owing to the significant rate movements against the USD in recent past, there is expected a big effect, both in profits and revenues, to the outsourcing countries, considering US as an outsourcing leader. A viable option to mitigate this is hedging in the commodity market, but the very nature of commodity market trade being speculative, this might not be a very profitable option considering the quantum of currency exchange in question.

This article talks about an alternate solution for the above problem as an application of the analytics tools like SPSS, which are used for performing regression based on the empirical data available for certain macroeconomic factors. This is explained further in more details.

Below model aims to ensure that the profitability of the company remains intact in the highly volatile currency market. This model is a simple application of analytics regression model and gives out a fixed contract rate as an output. This can be used by the company without worrying about the currency volatility, at least for 1 or 2 years down the line after initiating the project.

It is based upon factors such as CPI, inflation rate, trade deficit and other independent variables along with the historical data for past 10 years and then arriving at a fixed rate. This can be used to finalize a contract by the outsourcing company with respective client nations for a 1-year plan (say), on which the returns of the company will be based. Broadly, it focusses on the currency and profitability approach.

With respect to currency, the macroeconomic factors such as Repo rate, Political and economic stability index, inflation rate, trade balance of the target country (geo) are considered. This process can be easily seen in Figure 1 below.

With respect to profitability, this contract price is fixed for a short period, so that the profitability of the company is not affected by the macroeconomic factors to a large extent. 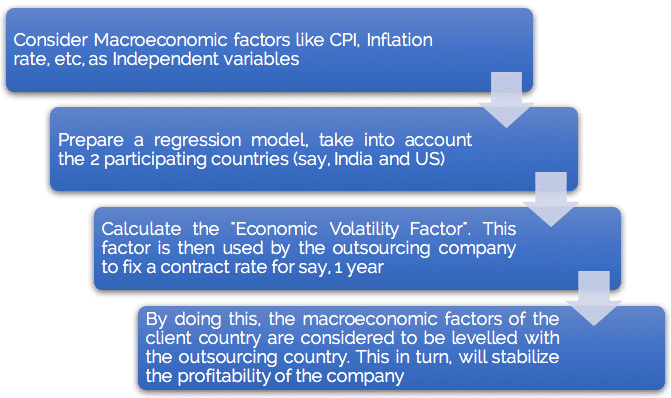 Suppose, in the client country such as India, the volatility between the INR and USD can affect the price model of the company. So, data of the past 10 years of the target country (India in this case) is taken and a regression analysis is performed over the data. Coefficients are calculated, related to various independent variables.

Using the above equation, along with the various factors associated with the target country, an EVF is calculated and used as a multiplying factor for pricing services and try to smooth out the effect of volatility over a period of around 1 year (say). Thus, making the prices of services relatively immune to the high market volatility and it can then serve as a solution for the given problem.

Above model is based upon certain assumptions which are mentioned below and the actual implementation may vary a little, if below left out factors are brought into consideration.