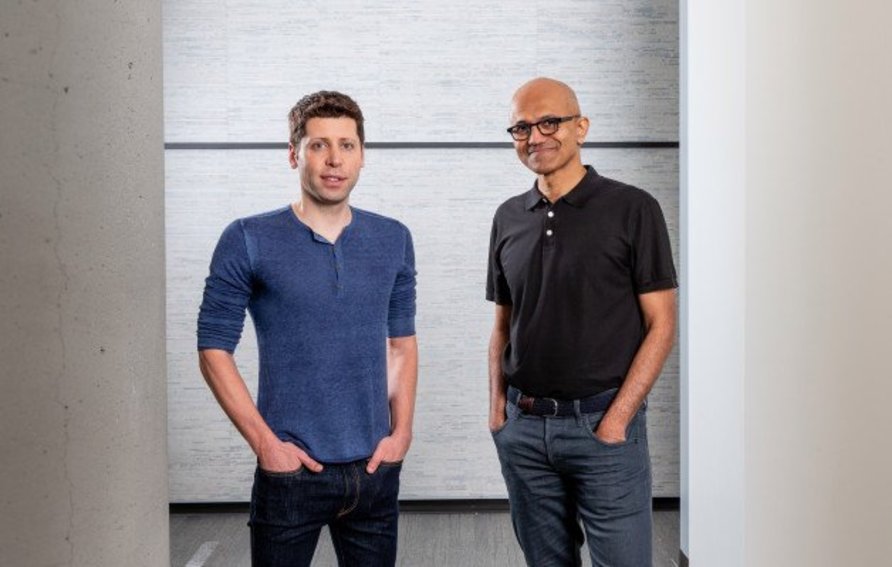 Microsoft definitely knows how to keep up the momentum. For those who have not been following the recent big-ticket acquisitions, here’s a quick update: Microsoft acquired OpenAI for $1 billion to support building artificial general intelligence (AGI) with widely distributed economic benefits.

The AI research firm originally founded by Elon Musk and Sam Altman will now build a hardware and software platform within Microsoft Azure which will then be scaled to AGI. In addition to that, with Microsoft as the exclusive cloud provider, OpenAI will work towards extending Azure’s capabilities in large-scale AI systems. In simpler words, Microsoft will fund OpenAI’s mission to build AGI to support humanity and at the same time extend Azure’s capability.

Despite OpenAI’s frenetic public posturing about building “AI for good”, the AI lab already sent out the signal when it pivoted from non-profit to a capped profit company earlier in March, thus allowing them to bring more investors on board. It went from open source to closed sourced tech and will now commercialize all pre-AGI technology with Microsoft. The second reason cited for switching to a capped-profit structure was that AI research requires hardware and computing power. OpenAI was originally set up to keep AI research out of the hands of large tech firms and now it’s AGI efforts are getting bank-rolled by the Redmond giant.

Here’s what the industry had to say about the recent investment. “AGI marketing aside, at $100 million per year for 10 years in Azure credits, seems like a good deal for both. Azure gets some branding firepower to compete with Google (Brain, TF), AWS, IBM (Watson) on consulting and cloud sales. OpenAI gets compute budget and public marketing of $1 billion,” remarked Soumith Chintala of Facebook AI Research.

What does OpenAI get: besides the $1 billion cash infusion, OpenAI gains access to critical compute power and Microsoft Azure will give OpenAI researchers the perfect platform to build technologies.

What does Microsoft get: Given how scarce AI talent is, Microsoft gains access to the best brains in AI research and the right to “commercialise pre-AGI technology developed with Microsoft as the preferred partner”.

AI Research Moving Into The Shadows Of Big Tech Firms Even though AGI is decades away from being a reality, we’ve seen an unprecedented wave of investment in this field, dubbed as the holy grail of AI. After DeepMind, OpenAI now moves into the shadow of a large tech giant who wants to have a monopoly over data, AI talent and research. The example was set up by Google who acquired DeepMind for $500 million in 2014. While DeepMind had the world in raptures with its AlphaGo accomplishments, the AI research firm upgraded Google’s rule-based systems related to speech recognition, image recognition, fraud and spam detection, translation and Street View with deep learning networks.

It’s a definite advantage for technology majors since it substantially increases their R&D team and efforts for building cutting-edge AI systems. Also, AI research firms (DeepMind and OpenAI) are pledged to serving humanity in their charter. This clearly fuels the development of Responsible AI, a tagline that tech companies want to follow because it conveniently helps them adopt regulatory frameworks.

So far, we haven’t seen any tech product coming out of the research labs of OpenAI or DeepMind. These research firms have been operating in a closed environment, rather in a bubble without a commercial roadmap. Partnering with valuable companies like Microsoft and Google gives them a perfect launchpad and access to marketing and finance firepower to bring research to life.

Big Tech Meets AI Labs – Is It A Win-Win Partnership?

AI research labs aim for moonshot-level AI breakthroughs which will be beneficial to the wider society. However, this requires a massive amount of investment. It also requires a more collaborative environment to build next-gen solutions to solve global challenges in healthcare, education and climate change. Here’s how big tech firms gain from these investments.

1) Access to the best minds in AI: AI research firms are usually regarded as the crown jewels in the acquisition portfolio and research firms like OpenAI and DeepMind have the smartest brains working in the industry. OpenAI boasts of Ilya Sutskever, co-inventor of AlexNet and a Chief Scientist at OpenAI who is regarded as one of the most prominent AI researchers of this decade.

3) Direct access to troves of research data: Google, through its subsidiary DeepMind Health, has access to sensitive medical data from the University of Chicago Medical Center and NHS which the company was using to build innovative solutions. AI in healthcare is a big industry and Google’s monopoly over sensitive patient records is worrisome, especially after the IBM Watson debacle where the AI system failed to produce any concrete results. Currently, Google, along with its subsidiary is embroiled in a lawsuit because of accessing sensitive patient data.

4) Industry Collaboration Is A Must To Build Safe AI: The larger perspective is that large tech firms under-invest in AI safety, OpenAI’s policy research paper reveals. For companies to build and release AI systems that are safe, secure and socially beneficial, industry co-operation and collaboration can play a pivotal role in the development of industry norms and standards.

AGI sounds like another pipe dream but partnerships like these can help in scaling AI solutions built for good. In addition to that, most private research firms partnering with big tech companies will lead to a more collaborative effort in working towards Responsible AI.

How To Declutter The AI Hype In Startups

6 Points To Keep In Mind While Building A Chatbot

A Complete Guide On Building A Face Attendance System

OpenAI’s Not So Open GPT-3 Can Impact Its Efficacy