The rising tide of AI, automation, digital economy and virtual reality has now reached the power corridors of Davos, shorthand for World Economic Forum 2018 already underway in the popular Swiss town where 40 head of states and 3000 powerful delegates have converged to discuss, global climate change, world economy and rising inequality. But this time – there is more on the table besides climate change – global leaders are also mulling over the million-dollar question how to transition smoothly to the Fourth Industrial Revolution and shape the future of countries responsibly that are in the midst of a rapid digital transformation.

AI & robotics has been a popular theme at Davos for the last couple of years, but this time it has taken on an international flavor with world leaders, and most notably Pope Francis now rallying for a safer future amid the growing rise of robots in the workplace. Responding to the growing use of automation, Pope Francis seconded the theme of WEF 2018 Creating a Shared Future in a Fractured World, in his speech: “Artificial intelligence, robotics and other technological innovations must be so employed that they contribute to the service of humanity and to the protection of our common home, rather than to the contrary.” 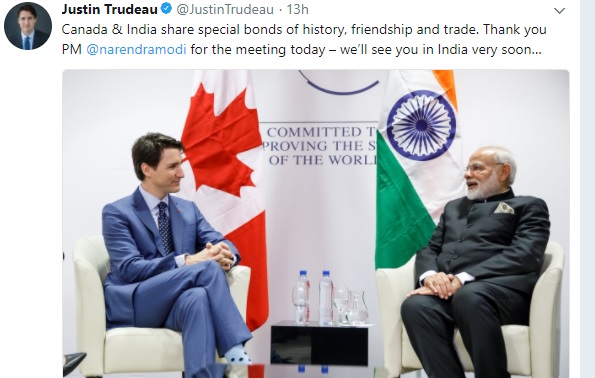 In fact, even Prime Minister Modi wowed the eminent delegates and business leaders with his thoughts on the accelerating pace of technology-driven change influencing society, politics and all aspects of life and how India meant business. Canadian PM Justin Trudeau who has volleyed Canada’s AI accomplishments time and again mentioned in his speech that automation and AI, have totally revolutionized the world of work – in many ways. He admitted that technology is a benefit to our lives, but also a threat to jobs and the ripple effects of economic uncertainty and inequality are now playing out around the world.

1) Rallying cry on responsible automation led by Klaus Schwab, founder of WEF: German economist Schwab’s new book Fourth Industrial Revolution debuted earlier this month highlights the main talking point – how to maximize the benefits and minimize the risks of technological revolution. And why it is important for every business and domain today to know enough about AI to reap benefits.

Some of the key questions being addressed by conferences were: 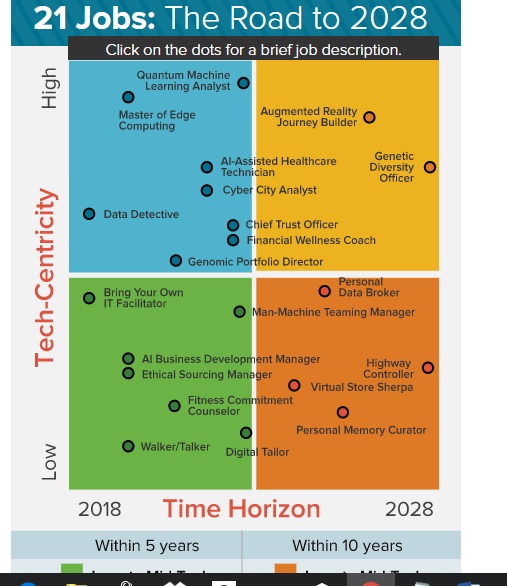 a)The West aka Silicon Valley is the epicenter of AI-led development solutions but can these solutions be developed locally to benefit developing countries as well.

b)In light of this, the message from Davos was clear – fostering a culture of incubatory environments in developing countries to propel AI-led innovation

c) On the tech side, business leaders mulled how the battle of AI can only be won with data. But can these solutions be replicated in areas that lack perfect data?

e) With concerns about a jobless future rising, global IT giant Cognizant defined the Future of Work proposed 21 new jobs over a 10-year timeline that will emerge and HR personnel will have to fill. Check out this interesting graphic from CTS. Click here to know more

2) Microsoft talked the need for new labor laws and regulation in the AI-led economy: Redmond-headquartered Microsoft, a world leader in AI research delved into the promises and perils of AI-led innovation at a breakfast teaser. The global IT leader emphasized the need for new laws and stricter regulation to curtail risks arising from malfunctioning algorithms and unreasonable practices deployed by IT companies that could cause potential harm.  For example, if a self-driving car program is set up in an unsafe manner it could cause injury or death, Microsoft said. The company further emphasized how companies making and selling AI software will have to take more responsibility and also lobby for the protection of workers.  The Redmond giant presented these ideas in a new book Future Computed: Artificial Intelligence and its role in society which was also the subject of a panel at WEF 2018. According to reports, the company is also lobbying for changes to labour laws to classify workers and ensure allocation of benefits like health care and retirement to people with jobs in new age companies, like an Uber driver. 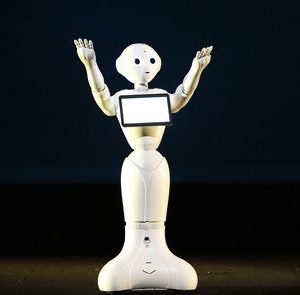 4) Reskilling the way forward, top leaders agree at WEF 2018: In the light of major developments, Microsoft exec emphasized how a liberal arts major will have to learn engineering and vice versa. Given the impact of AI and automation wiping away traditional jobs and disrupting the white-collar employment landscape, WEF 2018 saw a clarion call to level the playing field through an IT Skills Initiative which will retrain not just IT professionals but should also extend to workers from other domains. There is also a need for a ‘digital literacy’ amongst a broader corporate environment. 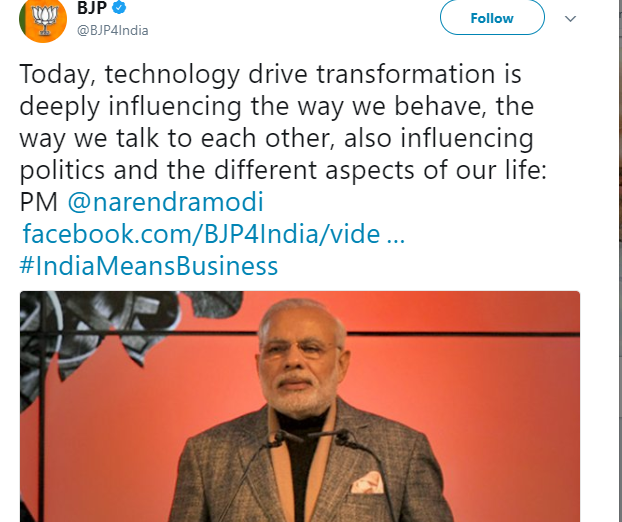 India Inc out in full strength at the snowbound Davos 2018. In fact, this was by far the biggest Davos presence for India Inc with 130 Indian CEOs jostling alongside 3000 business leaders to tell their success stories. The rekindled interest in India as an economic superpower was coupled by PM Modi’s stratospheric target of becoming a $5 trillion economy by 2025 – a super-ambitious goal that requires India to nearly double in eight years. So emphatic was his speech that delegates found Modi a more credible advocate of globalization and free trade than his counterpart Chinese premier Xi Jinping at Davos 2017.