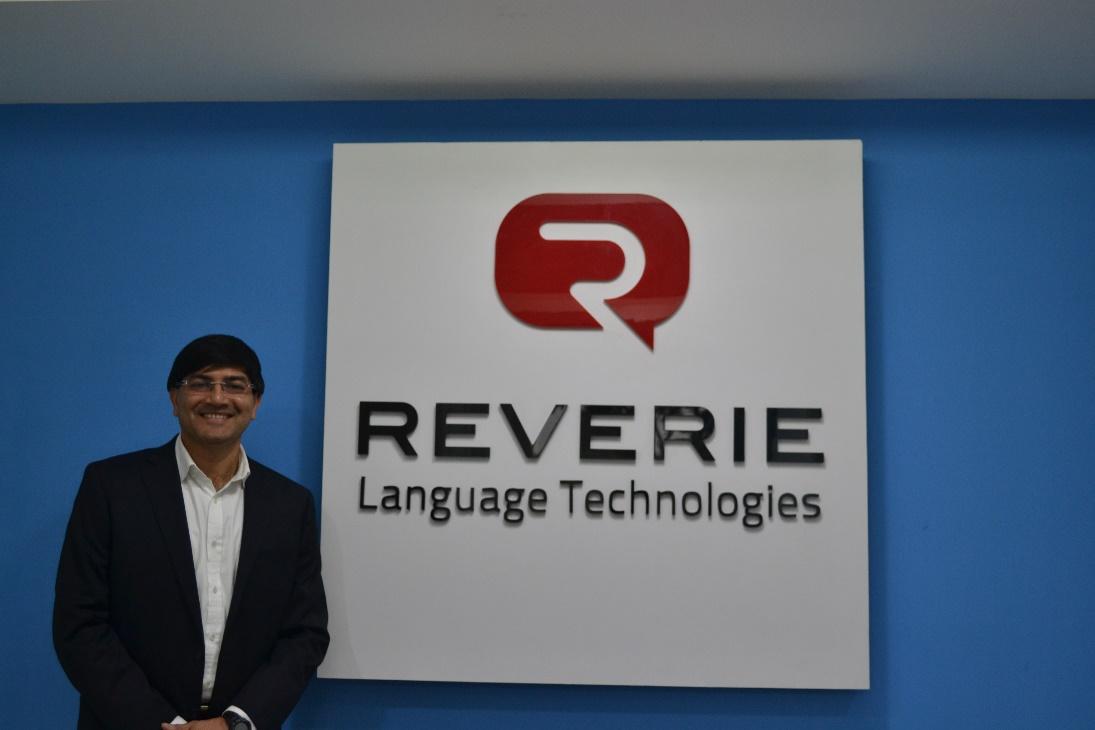 Change poses risks. And risks can reap great rewards. It’s a belief championed by Indian juggernaut Reliance Industries which recently betted big on Bangalore-based startup Reverie Language Technologies with an investment of Rs 190 crore and plans to plow in more capital infusion by 2021. In addition to this investment, RIIHL is reported to invest Rs 77 crore that will give it 83.30% stake in the cloud-based, language-as-a-service (LaaS) platform. The startup founded by Arvind Pani, Sachindra K Mohanty and Vivekananda Pani in 2009 delivers the full stack of language solutions that span various domains.

The massive investment of 190 crore comes on the heels of rapid demand for Indian language based content and the growing user base of 500 million Indian by 2021 who will prefer local language content more than English. “Currently, most of the content consumption is for the entertainment domain,” said Arvind Pani, Co-founder & CEO, Reverie Language Technologies.

Why Is Reliance Betting Big On Language Technologies

Reverie had a clear vision of creating a “language equality on the internet to provide internet access to all,” Pani opined. Reverie’s solutions that span industry segments such as enterprise, mobility, government and can be bucketed under 3 major categories can help Reliance beef up their current digital assets and also strengthen their position in the market as a tech-first company with an increased emphasis on sunrise technologies coming from upstarts.

At a time when Reliance has built up a significant digital service layer with Jio, solutions in the area of NLP and AI can help the Indian behemoth increased its user base in the media and consumer (Reliance is flexing its muscle on the e-commerce front) business.

1) Here’s the industry perspective: with stakes in Balaji Telefilms, music app Saavn and a majority stake in Hathway cables, Mukesh Ambani-led group has a direct in-road to a massive user base

2) With Jio, Reliance has expanded to become the third largest mobile network operator in India and ninth in the world with over 290 million subscribers. Hence, with localization it will be easier for companies to address their multilingual user-base and thus boost engagement.

3) When it comes to chatbots, a speech layer for Indian languages can be used for existing user flow automation systems as chatbot (to make it more intuitive voice-bot) and IVR systems.

4) The digital future lies in Indian languages, some of the emerging categories which will see an increased adoption is Indian language enabled digital payments interface and also drive an era of language -agnostic content online. This will drive more users online, a KPMG report indicates

5) Local languages would allow RIL, the most valued company to expand its user base in Tier 2+ cities in India. As per this report, there are 234 million Indian language users as compared to 175 english language users

6) From e-tailing to digital payments, m-wallets, localization will allow direct access to the large, untapped user base especially in Tier 2 market

Their solutions can be categorized in 3 broad categories:

Talking about their Indic language platform, Pani said that Reverie has built a platform called ‘Prabandhak’ which is a CAT tool for Indic languages. “The technology stack built in-house is available on the platform. Here demand partners, companies looking for language localization solutions can assign localization projects and supply partners – language service providers, freelancers can make use of the ML stack to increase the throughput and accuracy levels”.  With more organized deployments, Prabandhak will evolve into a marketplace.

According to Pani, Reverie’s solutions have touched the lives of over 124 million Indians and helped them engage better with online services through deployments across enterprises as well Indian government bodies. Reverie aims to reach 500 million users in the next three years

In fact, Pani reveals Reverie was the only language technology company to participate and contribute to NITI Aayog’s Champions Of Change initiative.

Furthermore, after building a language specific database, the Indian behemoth (now a hot stock) will also invest in beefing up its data analytics capabilities to generate customer insights. The mobile-first consumption will drive the need for multi-language data analytics tools to better understand the end user and create better enhancement. With India being on a growth trajectory, and smartphone penetration increasing, RIL’s bet on Reverie, that provides end-to-end localised experience for users will pay off.