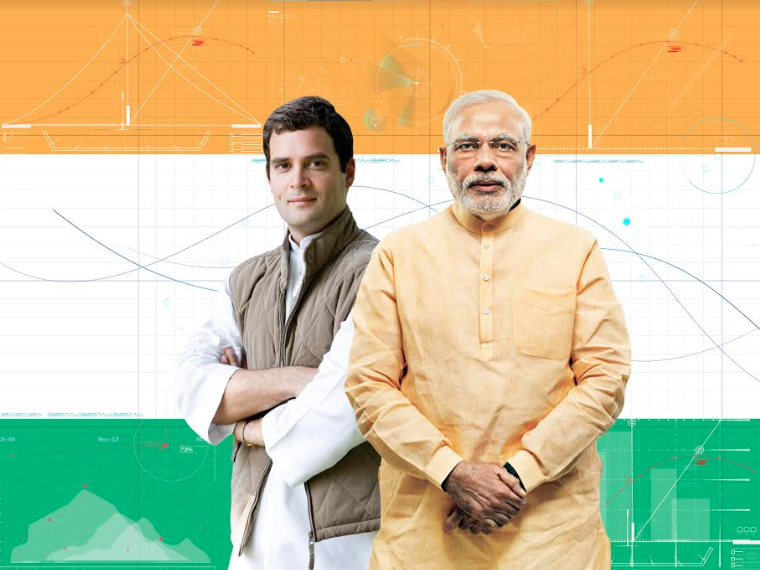 With the 2019 Lok Sabha elections approaching fast, two of the most prominent parties in India — the Bharatiya Janata Party (BJP) and the Indian National Congress (INC) — have released their manifestos. With the eye on most popular and widespread votes, both the political giants have focussed their agenda for the next five years on populist areas agriculture and urban development.

However, it is worth noting that the political parties, especially the ruling party BJP, has mentioned the use and adoption of emerging technologies like artificial intelligence, data analytics, machine learning and data science in governance as well as policies.

Over their 2014-19 tenure, the BJP-led government has put enough importance towards the technology sector by starting various new programmes and setting up an AI Task Force to prepare India for the upcoming Industrial Revolution 5.0. Through a series of events and speeches, Prime Minister Narendra Modi is seen to have been deliberately showcasing India as well as his government technologically-forward.

In this article, we will take a look at what plans both the parties have made for emerging tech in their respective manifestos.

In the 2019 manifesto, BJP has promised to make India the 3rd largest economy in the world by 2030, with a GDP of $10 trillion by the year 2032. To achieve this, they have promised to promote artificial intelligence, data analytics and blockchain, among others, through:

In their manifesto, BJP said that the micro, small and medium enterprises would be benefitted by emerging tech. “Our [BJP] government has taken a major step in expanding ‘Technology Centres’ and we would achieve more than 150 such centres all over the country by 2024. These Technology Centres would help in mentoring skilling and prototyping of MSMEs. They will expose MSMEs to artificial intelligence, robotics, internet of things, virtual reality, blockchain technology and zero defect zero effect,” said the manifesto.

The BJP has also promised to launch a Science Mission for development of cutting-edge technologies and future technologies with two submissions, especially focused on

While the 2014 slogan for the currently-ruling party was Industry 4.0, now, in 2019, it has a great focus on Industry 5.0. BJP wrote in their manifesto, “The supercomputer, AI and Quantum Missions will make India not only Industry 5.0 ready but also a leader… Now we will get the latest technologies to transform Waste to Energy and Wealth in a major mission. We will also strive towards semiconductor manufacturing within the country.”

Stressing on the term agri-scientists, BJP said that they would enable development of young minds to take advantage of AI, ML, blockchain and big data analytics for more predictive and profitable precision agriculture.

For the new industrial policy, BJP said that they will announce a new industrial policy to improve the competitiveness of manufacturing and services with an eye on Industry 4.0 in order to gear up for AI and electric mobility. The manifesto also added that special effort would be made for MSMEs.

The ‘grand old party’ seems to be still playing catch up as far as emerging technology is concerned. The fact that terms like “artificial intelligence” or “robotics” don’t even feature in the 55-page INC manifesto, showcase that the party’s focus is on other populist issues.

Nonetheless, the party has a couple of interesting ideas for the emerging tech sector:

In 2018, the Congress party had renamed their computer department as ‘Data Analytics Department’. Praveen Chakravarty, former investment banker, angel investor and a political economist, was nominated the chairman. This, however, does not show a strong effect on the party’s manifesto.

Looking at these manifestos from a bird’s eye view, it is clear that the focus of both the parties is on topics that would appeal to most of their voters. India being a developing economy, it is obviously imperative to get the foundation of the country in smooth-functioning condition. Having said that, it is crystal clear that the importance given by each of the parties to emerging tech areas like AI, IoT, ML, big data and analytics varies greatly. Only after India votes will we understand that which of these moves was the right one.

Beginners Guide To Setting Up The First Linux Distribution