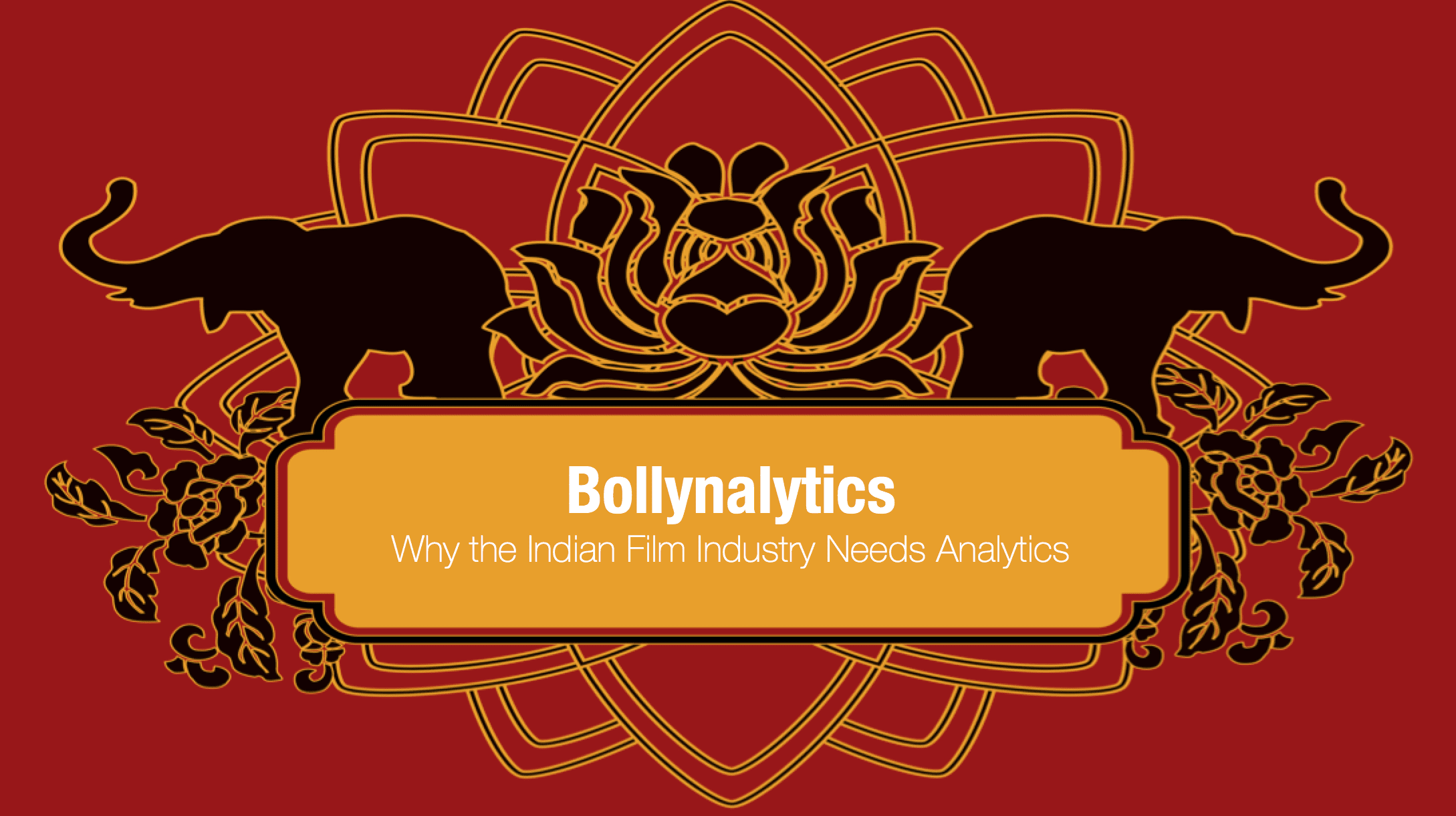 No one can deny that India’s film industry is one of the largest in the world. In 2012, there were 1600 films produced, the highest compared to China, the second runner up with 745 films. The revenue gained for the country through this industry is expected to reach $4.5 billion (US).

If it’s so successful, why bring analytics into it? Data analytics has gained a momentum that is unlikely to falter because of its undisputed effectiveness. Because of its sheer size and popularity, India’s film industry is an untapped, yet prime source of income for big data analysts. Universities such as AIMS offer executive programs in business analytics for big data enthusiasts to tap into that source.

So what does data analytics do for the Indian film industry?

Ever wonder why some movies are big hits and others aren’t? As the successes of movies are studied using data analytics software, a pattern emerges. Movie makers and produces can learn almost the exact recipe that makes a thriller, romantic, comedy or drama movie popular. The dos and don’ts of movie-making, if you will. That isn’t to say that to make a romantic film, one just has to throw in a few catchy songs and hire the most popular actors. Analytics works a lot deeper than that. There are numerous other variables besides the songs and the actors that make or break a movie. Analytics help pinpoint the exact components of a movie that make it more watchable for an audience and this means that while developing the film, the unnecessary components can be removed.

It makes each film more profitable

Yep. You heard that right. Data analytics can actually help a movie make more money. Before the release of a major film, data analysis is carried out. Factors such as directors, music, set design, plot and glamour and many other things are taken into consideration. Even the location where these things are most well received, affects the when and the how of the movie’s release. By appealing to the correct demographic in the best possible location, data analytics can help significantly increase the profits of a movie.

Canvassing social media and using machine learning and natural language processing is another way in which data analytics can determine when and how to release/advertise a movie to garner the biggest audiences. For instance, a kid’s movie has to be advertised in a way that will be most appealing to children, a romance should be advertised to appeal to the inner feelings of young couples, etc. Only through bang-on advertising can a movie achieve its highest possible viewers, and this is made possible by data analytics.

It reduces the risk of failure

Since data analytics really gets down to the nitty-gritty of what it is to make and produce a movie, every possible variable can be accounted for, and disasters and unwanted outcomes can be averted even before the hit, thus reducing the risk of failure. Because data analytics draws information directly from real people on social media, the ‘buzz,’ shares and mentions that a movie announcement gets can be counted on as an indicator of whether or not the movie will succeed. The consolidation of all the data gathered, as well as using IBM’s Social Sentiment Index, lets the filmmakers know in advance whether the movie will be a hit in its opening week or not. This method was used during the production and marketing of Dhoom 3.

It engages consumers, not just the audience

Big data analytics identifies trends and as mentioned already, uses social media as a gauge to know what can succeed. Movie-makers in the film industry can use this information to create content that actually gets the attention of consumers rather than playing to a general audience with only a fleeting interest in the movies. Consumers, as opposed to audience, is the population that is likely to support the movies and their franchises in the long run.

In a BBC article, film director Karan Johar is quoted as saying only 45 of the 300 million (India’s middle class) is reached by the movie industry. A vested effort in using data analytics to improve India’s film industry could be the way to reach the remaining 255 million. By making the filmmaking process more efficient, more profitable, more relatable and less risky, a great return on huge investments is guaranteed with data analytics.

A snapshot of the IoT sector in India