Is China’s AI Sector Headed For A Bubble? 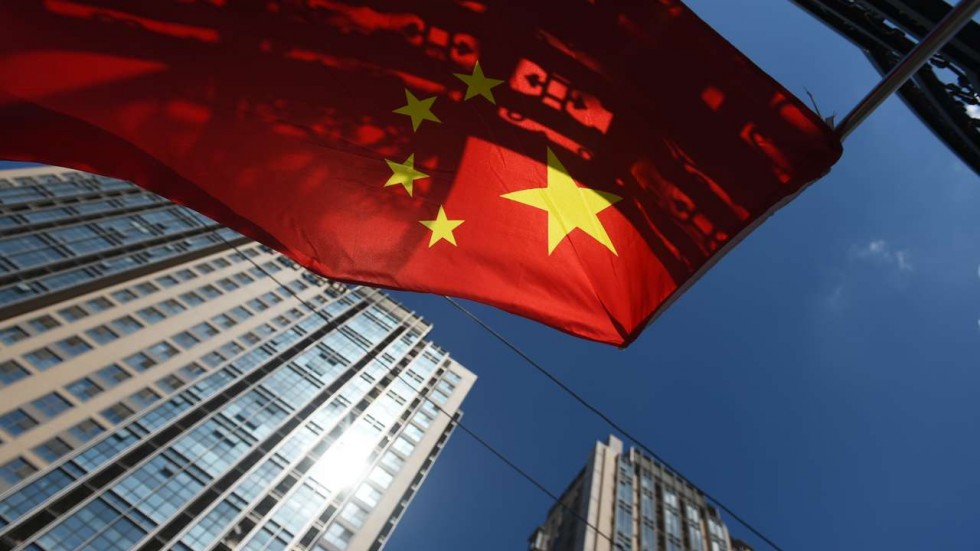 With a country that aims for world domination in Artificial Intelligence (AI), this will probably come as a reality check. China is home to leading phone manufacturers Xiaomi, Huawei, Oppo and the BAT trinity (Baidu, Tencent & Alibaba) is a force to reckon with. Chinese AI-startups are experiencing fast growth thanks to the growing demand from government and private sector for AI capabilities, for e.g. facial recognition technology.

The startup sector is growing at break-neck speed and is enjoying high investor confidence. The scale of China’s AI accomplishments in defense, cyber security, law and other booming sectors such as e-commerce are part of a daily narrative now. Against a backdrop of such massive developments and government releasing an AI roadmap, analysts fear that “China’s AI sector is in danger of becoming a bubble”.

For a country that laid out a road map last year to lead in artificial intelligence by 2030, is racing ahead of world superpower US in scientific research, ranks #1 for most cited research papers, is a global leader in super computers — this news will definitely come as a blow. Such is the hegemony of China that Google executive Eric Schmidt expressed his fears about China’s overarching plans for AI dominance were a threat to America’s national security which  he believed needs to pick up pace to develop a potentially-critical technology. Silicon Valley executives have long warned about China’s military plans to “dominate” the AI industry, which has become an integral part of national security strategy around the world. 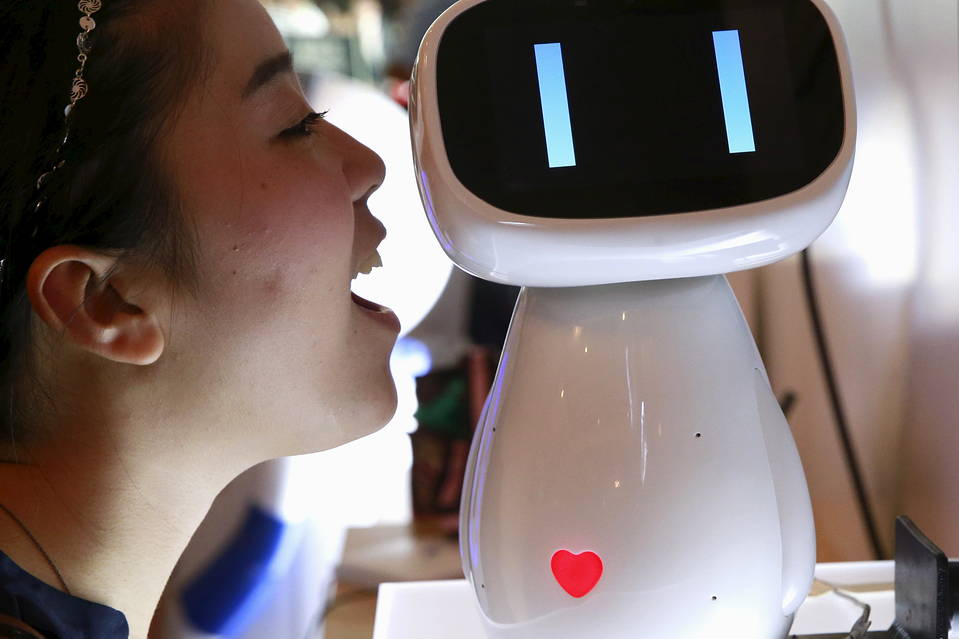 Until last year, 2017 was hailed as the year of Asia’s AI dominance. The race was clearly led by China and Singapore and Japan that are seeing a frenetic activity in this space.  Interestingly, no country has been so vocal and forthcoming in state announcements as China where talk about industrial and technological development are followed by proclamations of landing on the moon. According to China Briefing , US surpasses China when it comes to AI financing, but in AI-related patents, Chinese companies have beaten American tech firms hands down.

Chinese government has a huge role to play in bolstering the country’s #1 status – it has promised tax breaks, subsidies and special perks to AI companies and startups.  It has also increased public spending on education sector and is striving for a healthy development for AI industry. The country wants to build a domestic AI industry worth more than US$1.48 trillion.

Let’s See Some Of Its Accomplishments:

Why Are Experts Rushing To Sound The Death Knell For Chinese AI Tech Boom?

1) Research: According to Lee Kai-Fu, former Head of Google China, the country lacks in fundamental research. He conceded that while China has been immensely successful in applying AI capabilities in real-world situations, it lagged in getting deeper insights from research.

At the same time, the AI expert is also bullish about the country’s future in AI, responding to concerns regarding the country facing an AI bubble. Despite having the most cited papers, the former Google China top brass said that there is a yawning gap between China and the rest of the AI world (Canada, USA) in terms of scientific research. He further conceded that AI development in China is in an early stage and there is room to grow. However, the country has a couple of advantages over its competitors – huge amount of training data & government policy backing. 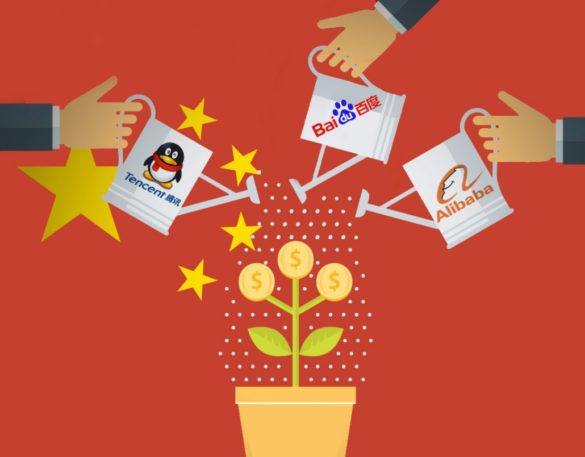 2) Protected Environment For BAT: According to Alibaba-owned popular Chinese daily, the break-neck growth of BAT trinity – Baidu, Alibaba and Tencent and their subsequent headway in mobile payment, social network wouldn’t have been possible without a protected market which kept the foreign players from investing in China. Beijing’s firm grip on technology advancements and protectionist view led to the birth of BAT and its thriving market is neatly diced up among powerful local players and only a few cherry-picked international companies.

Case in point – for years we have heard about Google aching for a comeback in China. Last December, the internet giant opened a research centre in China, because science of AI has no borders, wrote Google’s Chief Scientist Fei Fei Li. Menlo Park social media giant Facebook is banned in China, even though the company is looking for a foothold in the mainland again. Last we heard was that Mark Zuckerberg-led FB was scouting for an office space in Shanghai.

Well, more on the protected environment – BAT trinity is a good example of copying Western tech superpowers and even though they thrived in China and are listed on NASDAQ, they haven’t been able to make any inroads in US market or any market outside China, because it is tough to survive. Xiaomi – the leading manufacturer is regarded as an Apple copycat.

The investor confidence and high valuation of smaller Chinese web companies is on accounts of millions of paid subscribers. Besides, no major tech milestone or game-changing technology has emerged from China in the last decades. 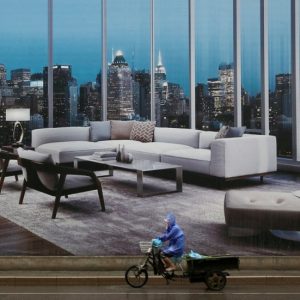 3) Many AI companies to go bankrupt in 2018: Right now, the Chinese tech landscape is characterized by high equity investment, market overconfidence and looks very similar to US market that crashed in a dotcom bubble of the late 1990s. The bubble is formed and inflated by the inflow of investor money and speculation over basic theory and technological breakthroughs that were yet to happen.

But analysts have become wary of so-called innovations they believe exist only in glitzy presentations and lack feasibility in real-life scenarios. Liu Qingfeng, president of Chinese voice recognition firm iFlytek Co Ltd, reportedly proclaimed at an industry forum that a large number of AI start-ups will go bankrupt in 2018, just like the American dotcom bubble of the late 1990s.

Here are a couple of reasons:

4) Talent Gap: For a country known for its tech manpower, this comes as a rude shock. According to LinkedIn, China ranked seventh in the global AI talent rankings, with a talent pool of 50,000 AI professionals while US led the rankings with a talent pool of 850,000. Just like the rest of the world, China too is plagued by a talent crunch. According to reports, Chinese tech leader Tencent, commissioned a white paper on global AI talent for 2017 wherein the company highlighted how there are 300,000 people in the AI industry worldwide, out of which a sizable 100,000 of are still in universities and colleges. The country has taken concrete steps to bridge the talent gap – companies are running smaller-scale contests and events for recruitment. There is also AI Challenger 2017, a global AI programming contest held in Beijing last December aimed at filling the talent gap.