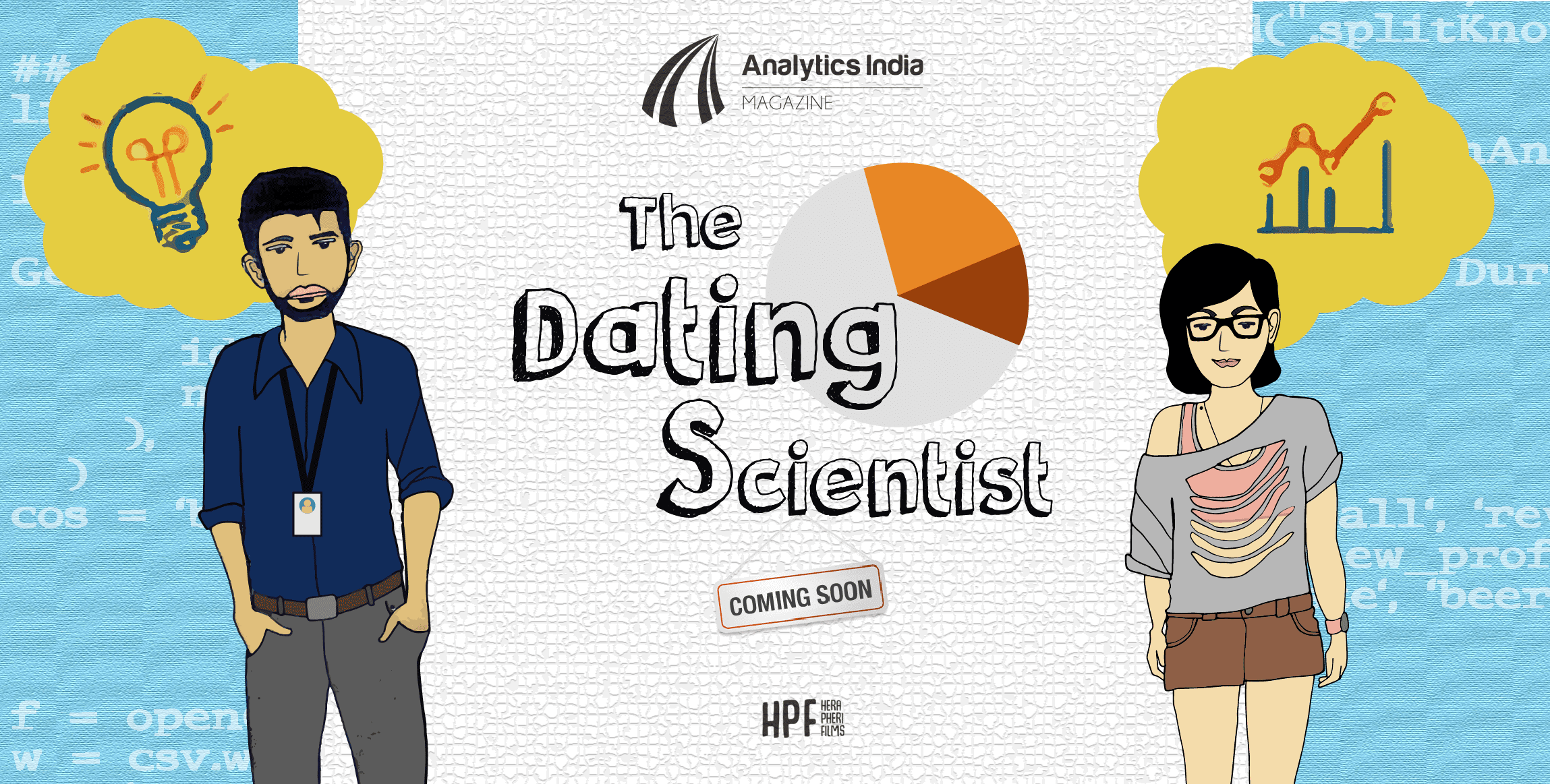 When we think about Data Science and Data Scientists, we sort of see a whole series of news flashes about layoffs in the IT sector, artificial intelligence and self-driving cars in our heads.

But despite all of that, in this era of Big Data, number crunching and analytical thinking, there is a definite and irrevocable place for one key human emotion in the modern workplace — the intuition.

This is what the protagonist of Analytics India Magazine’s upcoming web series ‘The Dating Scientist’, to be released on 9 October 2017, is set to tackle.

Vishesh, the hero of the three-part web series is a corporate employee, with a thorough base in marketing. But his unique marketing brain is on the verge of becoming useless, thanks to the newly emerging field of Data Science. Such is the aura of data science among urban employees nowadays, that each of them is thinking in his head – “May be data science is the new sexy”, and Vishesh is no exception. ‘The Dating Scientist’ explores this transition to the new era of data and its effects on job profiles.

When Vishesh finds out that his organisation is also going the tech way by hiring a new Data Scientists, the marketing pro is first antagonistic towards his colleague. Of course, his antagonism gives way to different emotions altogether when he realises that his new Data Scientist colleague and roommate is a painfully shy girl named Manya.

Bhasker Gupta, founder and CEO, Analytics India Magazine said: “Professionals often think of Data Scientists as these alien creatures who only exist to snatch their jobs away. With ‘The Dating Scientist’ we want to bust that perception and showcase that not only Data Scientists are becoming integral part of the work environment, but also that they are very much prone to the same challenges and stressful situations like everyone else.”

In a series of hilarious twists, Vishesh, whose job is at stake, and Manya whose lack of social personal skills may cost her dearly, reach an impasse, where only a bet can save them both.

Set in the city of Bengaluru, ‘The Dating Scientist’ has been directed by Hera Pheri Films, a venture by a group of young engineers from IIT Kanpur.

Data Analytics And The Changing Role Of Data Analysts, By Anand S, Gramener