Electric Vehicles are Not Weather-Proof, but That’s More of a Design Problem

As per a KPMG report, the number of EVs in India has surpassed a million and is expected to touch the 50-million mark by 2030 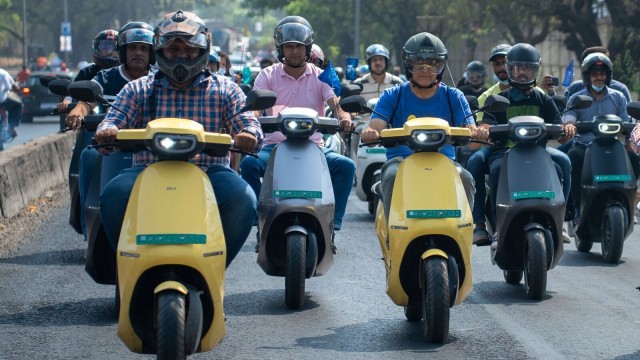 Tesla’s Berlin plant, situated outside the city limits, recently secured water supply. The local authorities were staunchly against this, claiming that the plant would deplete the water reserves. The company had begun constructing under pre-approval permits and had plans to produce 500,000 battery-electric vehicles a year. Last heard, facing unrelenting opposition, the company was planning to shift to Austin, Texas.

The concern of the local authorities is not unfounded, though. The water table of the area is already approaching dangerous levels.

Electric vehicles, often considered ‘green’ vehicles, often encounter challenges due to climate change-induced issues, like the Tesla example above. Not only during production, but even on the road, these electric vehicles also may not be able to perform to their best potential due to extreme weather conditions.

Electric vehicle owners in China recently faced tough times due to the unprecedented heat wave hitting some parts of the country, with the highest temperature reaching 45℃. The heat wave that started in June badly impacted the hydroelectricity generation capacities in several Chinese cities, especially the ones highly dependent on hydropower. When the power supply became unreliable, the government declared EV charging restrictions to prioritise daily electricity needs.

Not just charging woes, electric vehicles perform below par when exposed to regular high temperatures. Extreme temperatures can reduce the range of the vehicle and shorten battery life. Heat changes the rate at which chemical processes occur in Lithium-ion batteries; for this reason, most EVs have battery management systems to keep the temperature stable. A study conducted by Geotab found that a hot climate decreases batteries’ state of health faster. Further, the rate of deterioration is faster in vehicles that use the Direct-current fast charger (DCFC) in hot climates.

At the other end of the spectrum are temperatures below freezing point, that can cause EVs to lose up to 10% of their range, data from the American Automobile Association (AAA) said. Charging EV batteries in sub-zero temperatures can cause long-term damage.

That said, threshold temperature on either end of the spectrum is subject to several factors like battery chemical composition, battery physical attributes, and the BMS. EV vendors often advise owners to read the manual to understand safe operating and charging temperatures for their vehicles.

Extreme temperatures aside, there are other climate conditions that EV owners need to be aware of. Case in point, the Bangalore rains and resultant waterlogging. Although experts say that components are well-sealed, insulated and airtight to ensure that there is no seepage of water and electrocution is highly unlikely, the risk cannot be completely written off. Manufacturers do ensure that EVs undergo high-pressure and deep water testing to ensure the plugging of any possible weak points.

“The possibility of EVs getting affected by water-clogged roads is very rare. Right now, in India, we are witnessing a surge in better-engineered electric vehicles. As the years pass, we will see better products hitting the market. EVs in nature are just like ICE vehicles. The manufacturers need to ensure that water doesn’t penetrate into the electrical systems that are the heart of the vehicles. IP67 ratings need to be adhered to so as to withstand extreme weather conditions like that in our country. Considering the recent events in the industry, we are witnessing more guidelines from the government in terms of vehicle safety which ensures that the end product given to the consumers are safe,” said Sridhar Thirunakara, founder and MD, Arctic Fox, a subsidiary of Outshiny, which recently launched foldable electric scooter.

A green logistics company, Howdyy was founded in 2020. It wants to become the ‘best alternative to ICE vehicles’ in last-mile delivery. “At Howdyy, we have delivery partners who use electric vehicles for last-mile deliveries on a daily basis. Our delivery partners haven’t faced any issues in using EVs during such times, and it’s the infrastructural issue and not the issue of the electric vehicles. Other reasons for this might be various such as less effective vehicles, imported products, less resistance to water and rain, etc.,” Aashirwad Deshmukh, CEO and founder, Howdyy, told AIM.

Electric vehicles do come with safety protocols but sustained and heavy flooding may cause water to enter battery components, albeit rarely. “Waterlogging does affect electric vehicles too, just like IC-engine vehicles, but there are measures that need to be taken to prevent the effects of the same on EVs. As IC engines have a prominent opening in the form of exhaust, commonly known as silencers, that’s not the case in EVs because there are electrical systems involved, so proper care is taken in not letting water inside the system.

“Though the vehicles are not meant to be immersed in water for longer, they can still perform because of the protection measures taken. Extreme weather does not prove to be a challenge for EVs if the vehicles are designed and tested properly in accordance with all the conditions and cases that are likely to occur in real-life situations, but the same can not be said about products that are just imported and sold in India,” Shreshth Mishra, co-founder, Simple Energy told AIM.