“Girls should make decisions independently rather than get influenced by their decision-makers”: Rising 2022 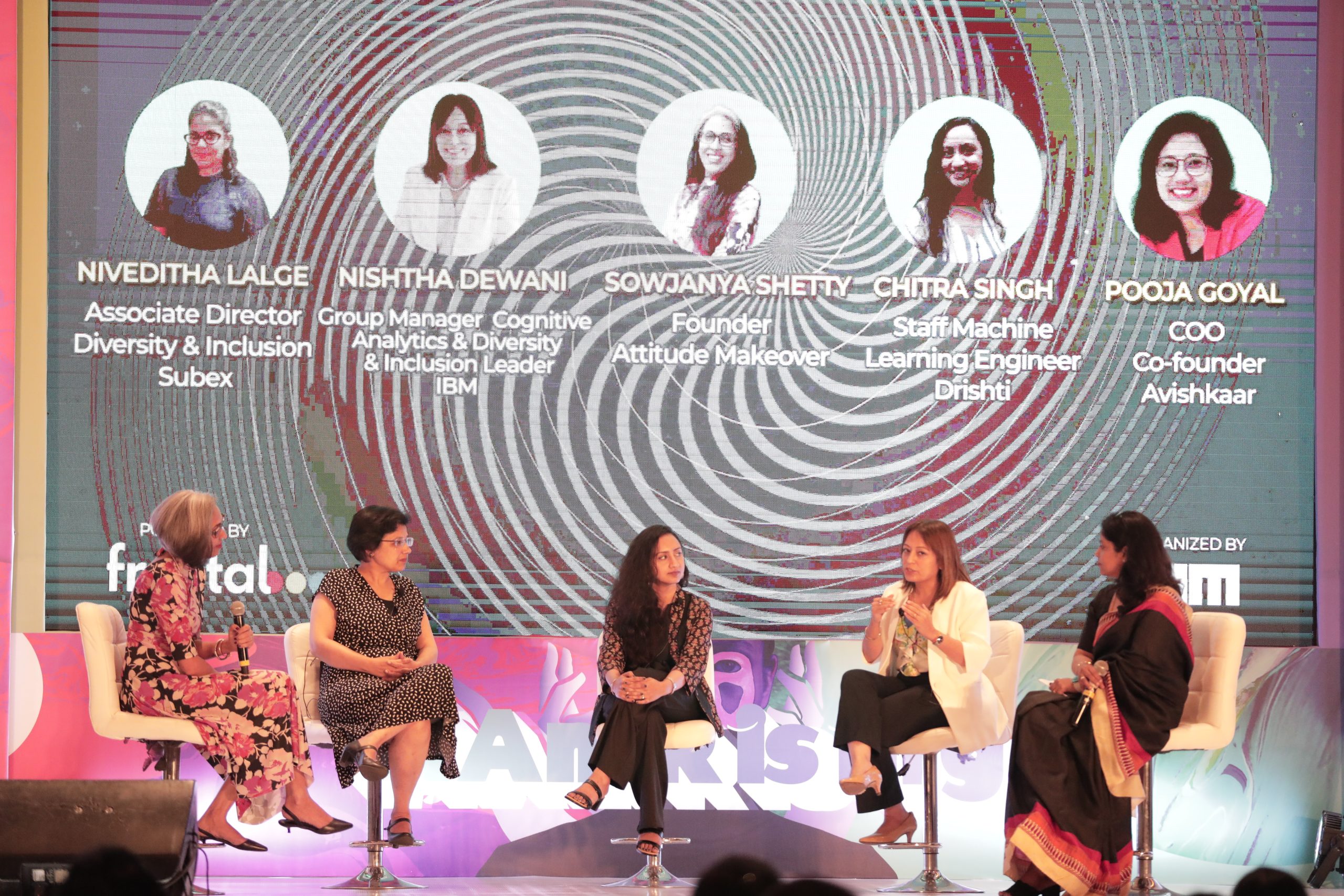 To a question posed by an audience member, what is the one word you can use to describe or the basic reason behind the diversity gap (gender) in companies, Sowjanya Shetty, founder of Attitude Makeover, very hesitantly said, “patriarchy”.

Sowjanya was part of the panel discussion: Curating an effective diversity & inclusion program in Tech firms – Lessons & challenges, at The Rising 2022, Women in AI conference organised by Analytics India Magazine on Friday.

When asked about what it’s like in India from a DEI (diversity-equity-inclusion) perspective, Pooja Goyal, COO and Co-founder at Avishkaar, said, “We see that women-led companies outperform companies led by men, whether it is on Wall Street or in startups, but when it comes to the numbers, the number of companies led by women or women directors, CEOs, or leadership positions, is paltry numbers, mostly single digits. Now, you see so many women entrepreneurs, but the number is startling when you look at VC funding across the world. Only 2.3% of VC funding goes to women-led companies, just two out of 100. We are 50 per cent of the world and only 2.3%, and we have been at it for a while, at least five to six decades. So there’s something wrong there. There are two or three reasons: having children, parents-in-law, and then the women dropping out of the workforce. Although many companies are taking some measures, we need more women and girls interested in STEM-oriented roles that involve tech.

Pooja further spoke about how her daughter, interested in coding, was intimidated to take up computer science as she did not have many girls in her classroom. She said that there was a need to create a safe environment for the girl child. While mentioning a study conducted on parents by her company, Pooja said a lot of parents influenced the daughter’s choice of subjects compared to their son’s choice, which was STEM, an obvious choice.

Chitra Singh, Staff Machine Learning Engineer at Drishti, spoke about how, despite coming from a family where both her parents were researchers in science, she still had to face bias not just in India but also abroad. “I studied in Europe, and a software development company was interviewing me, and I asked them, how many developers do you have? They said 100, and then I asked them, how many women do you have? They said zero. And I wasn’t very comfortable going into a company which did not have a single woman”.

Talking about the subject, Nishtha Dewani, Group Manager Cognitive Analytics & Diversity and Inclusion Leader, Cognitive Process Services at IBM, questioned, “Look at this room today; we have been talking that only 14% of women are in this space, which leaves you with 86% men, but who are we talking to here? Besides a few men here representing the minority, hardly any men are listening to us”.

Nishtha also spoke about how decisions are made about not hiring a woman or giving her less salary when a woman comes for an interview. She also spoke about how decision-making, especially for women and girls, is very risky as it involves accountable mistakes. She said that girls should make decisions independently rather than get influenced by their “decision-makers”.

Niveditha Lalge, Associate Director, Diversity & Inclusion at Subex, said, “It was important for us to leverage women and create an ecosystem for them to come and provide that in time. We consciously accepted that the DEI is not the end state, and it is the journey. You will have evolving experiences. You will fail multiple times on the face and fall flat, and we believe and accept it dutifully. But, going out and publicly speaking about it makes a big difference”.