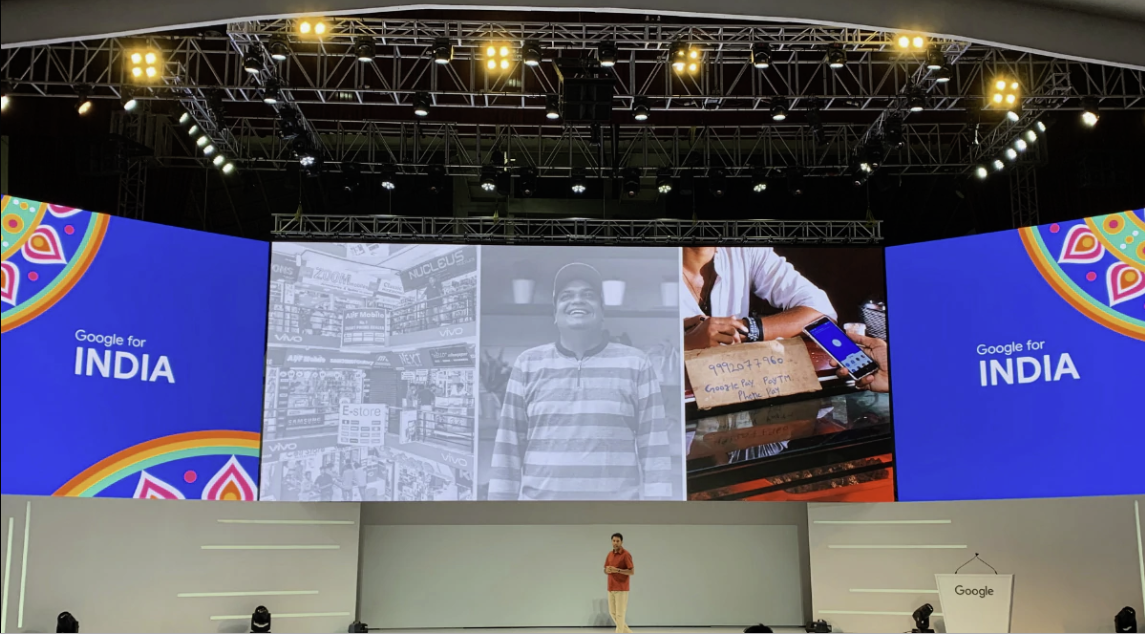 Google has showcased a plethora of new services targeted towards Indian customers. The search engine giant has emphasised that India is a critical market for its services and a place where they will be focusing heavily in the coming decade. India is at the cusp of becoming an economic superpower, targeting to become a $5 trillion economy by 2025, and the tech giant wants a piece of the pie by targeting India’s huge population with its services.

The Google For India event recently showcased the company’s new products and initiatives that are created particularly keeping in mind Indian users. From tokenized payments to free wifi to job search and AI research, Google has been actively making its services to help push India further in digital initiatives.

Google is setting up an AI-focused research lab in Bengaluru. The company has said that the research work will be used for finding solutions to various issues plaguing the country in areas like healthcare, education and agriculture.

Under the leadership of Indian scientist and ACM fellow Dr Manish Gupta, Google’s AI research lab will provide tools for government and private organisations, including machine learning, computer vision, language and speech, etc. Google has also hired Professor Milind Tambe from Harvard University as a director of AI for social good. The company will focus on creating a community of AI researchers who will work on solving the various challenges facing the country using AI. Google has a number of AI labs spread worldwide and this will be the first they will have in India.

This team at the AI research lab in Bengaluru will focus on two pillars: First, advancing fundamental computer science and AI research by building a strong team and partnering with the research community across the country. Second, applying this research to tackle big problems in fields like healthcare, agriculture, and education while also using it to make apps and services used by billions of people more helpful.

The lab in Bangalore will be part of and support Google’s global network of researchers: participating in conferences, publishing research in scientific papers, and collaborating closely with one another. “We’re also exploring the potential for partnering with India’s scientific research community and academic institutions to help train top talent and support collaborative programs, tools and resources,” wrote Jay Yagnik, Vice President and Google Fellow, Google AI.

In 2018, Google built the 400th station as part of its free public wifi initiative Google Stations in Dibrugarh in Assam. Google said it would be increasing the reach of its Google Stations program to give free public Wi-Fi to Indian citizens living in areas without internet connectivity in places like Maharashtra, Gujarat and Bihar. To achieve this, the company has partnered with the government telecom provider- BSNL. Apart from this, Google is partnering with Vodafone-Idea for bringing Google Assistant to places with poor internet connectivity. Using a toll-free number, 2G users of Vodafone services can have their queries answered by Google Assistant.

India Is A Critical Market For Google Assistant

Google really wants Indian customers to use its Assistant platform. This is evident from the fact that soon Indian users could talk to Google in Hindi by saying “Hey Google, talk to me in Hindi” across all Android, Android Go and KaiOs devices. This will be handy for Indian users who can access Google’s services in their vernacular without having to manually set a specific language in the settings. Currently, Google supports a total of nine languages for Indian users including English, Hindi, Gujarati, Kannada, Urdu, Bengali, Marathi, Tamil, and Telugu. Not just that, Google Assistant will also help two persons who don’t speak the same language with its interpreter mode that helps translate languages across the supported languages in the country.

Google Pay Is No Long Just A Payment Wallet

Google also introduced tokenized cards on Google Pay. Tokenized card would pass on a digital token to the merchant from which you purchase a product or a service instead of your actual card number, which would protect you from banking frauds. This functionality will be available for Visa cards by HDFC, SBI, Axis, Kotak and Standard Chartered banks, in coming weeks and it would extend the support to cover Mastercard and Rupay cards in the coming months.

Apart from introducing tokenized cards, Google also rolled out a new feature on its payment platform called Spot. What Spot will do is let the merchants create branded commercial experience within the payment app itself without requiring to build a separate website or an app. Merchants will be able to build on Spot using Java and HTML to showcase product catalogue to customers. Google has started rolling out Spot in the Google Pay with Makemytrip, Eat.Fit, Goibibo, Oven Story, redBus and UrbanClap — and the company says that it will expand it to all companies. Plus, Google has enabled NFC-based payments which can be done in the offline mode, which can be helpful for merchants across India.

On Google Pay, Google has also introduced another Spot, primarily focused on entry-level employment opportunities that can be hard for job-seekers to find online. The platform not only helps potential job seekers discover the right jobs but also provides help in terms of application and interviewing processes. The platform makes use of Google’s machine learning-based job matching algorithm to make recommendations to users. For Jobs, Google has partnered with National Skills Development Corporation to train Skills India students and graduates in the job search.

Experts say the tool will be beneficial for young job seekers in Tier II and Tier III cities who may not be very adept in using other online tools for finding employment. Google has also partnered with 24Seven, HealthKart, Swiggy, Zomato, Dunzo, Delhivery, and Fabhotels to help job-seekers find jobs.