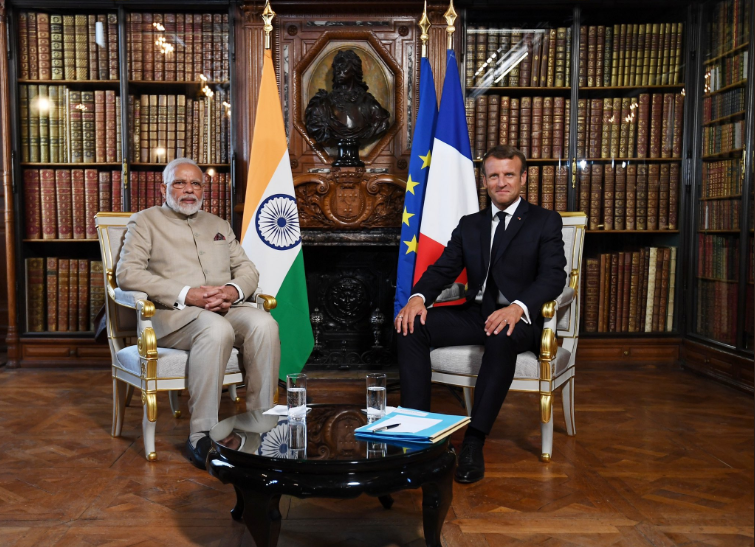 In recent times, India has witnessed some of the most notorious cyberattacks, not only on individuals but also on business and government entities. According to reports, India bags the third place in 2018 after Mexico and France in terms of most number of cyberattacks in businesses. India was also the most attacked nation in the IoT space last quarter with a 22% jump in cyberattacks on IoT deployments in the country. In fact, there has been a rise in cyberattacks on Indian institutions after Articles 370 and 35A were repealed.

In order to fight these attacks, India has been working and partnering with other nations as well. And one of the helping hands that the nation got is from France. Over the years, most of the cyberattacks in France are either DDoS attacks or malware attacks. For instance, in February 2011, Paris G20 Summit witnessed malware attack, which came as an email attachment and permitted access to the infected computer. However, in recent years, France has been proactive in cyber defence and cybersecurity.

In the third Indo-French cyber dialogue which was held in Paris on 20 June 2019, India and France have joined hands to work closely in the areas of cybersecurity.

According to reports, the meeting was co-chaired by Henri Verdier, French Ambassador for Digital Affairs, and Upender Singh Rawat, Joint Secretary in charge of e-Governance, Information Technology and Cyber Diplomacy at the Indian Ministry of External Affairs. The meeting was wholly focused on both the nation’s commitment to promoting an inclusive, transparent and open digital environment.

India and France have decided to strengthen their cybersecurity game by drafting legal and regulatory framework and best practices. This would also include the protection of Economic Information Infrastructure impacting National security and testing and certification of Digital products.

Furthermore, there is a whole new concern going on regarding 5G and both the nation share their interest in working together towards mitigating/eliminating the risks associated with the deployment of 5G technologies and also work on the technical solutions adopted to deal with them.

This entire scenario of information sharing will also help India and France to fight cyber crimes as it would be focused on the collection of pieces of evidence, identification of offenders (particularly malware developers), hosters etc.

The Role Of AI

While cybersecurity was one of the main focuses in the recent Indo-France dialogue, Artificial Intelligence also took the stage. As AI has been a key game-changer in several industries, India and France believe that it would do wonders when it comes to fighting cybercrime. The nations have decided to work on developing and implementing AI policies/programs for citizen-centric services, data sovereignty from legal, regulatory and cybersecurity perspectives, by making the best use of their expertise and best practices.

Moreover, they are also in talks about their commitment to working in this direction in the various multilateral fora (G7, G20, UN) and participating in the International Panel on Artificial Intelligence (IPAI).

It is not the first time that India has joined hands with other nations when it comes to cybersecurity, there are instances when India and other nations have partnered to fight cybercrimes. Recently this year, India and Japan partnered to work on cybersecurity as part of the growing security partnership in the Indo-Pacific region. The collaboration has been done keeping in mind the ever-increasing violation of social media platforms by extremists. India had also partnered with Israel in 2017.

When it comes to cybersecurity, India has been extensively active to mitigate and eliminate the risk. The nation over the years has not only worked with private companies that are focusing on cybersecurity but also with government organisations.

6 FAQs On Cybersecurity Career In 2021: Answered

7 Free Resources To Start Your Cybersecurity Journey In 2021