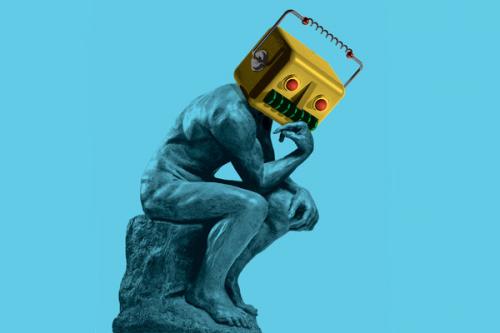 As artificial intelligence and machine learning become the new industry norm, tech giants and service providers across the world are riding the emerging tech wave. However, with its applicability to enhance services, AI and machine learning have become ubiquitous for any technological advancements.

As the world acknowledges the inevitability of AI and ML, the conversation has, however, shifted to its ethics, with governments and lawmakers bringing out stringent policies regarding the applicability of the technology. In Europe, countries like the UK and France have put ethics at the core of AI, while laying out stronger compliance rules for tech giants to adhere to.

Taking note of the latest developments, tech giants like Google and Facebook, among many other companies, have brought out their ethical policies regarding deployment of AI and ML within their organisations.

Though AI’s use cases precede its challenges, one of the major roadblocks it currently faces is that of bias in algorithms. Since algorithms are trained by humans, it is also prone to basic human assumptions, therefore the challenge that the industry currently faces is to make their AI systems rid of biases in the form of sexist, racist and prejudiced features.

Google, one of the largest tech giants, has been using AI in various products have come under the radar for faulty AI systems. Google Translator, which uses Natural Language Processor at its core, has received flack on various occasion for racist comments.

Embroiled in controversy, Google was one among the first tech company to bring out an AI policy highlighting the ethics in AI. In a 2018 blog post, Google CEO Sundar Pichai had announced that the company’s 7 AI Principles would guide their ethical development and use of AI in their research and products. “We recognise that such powerful technology raises equally powerful questions about its use. How AI is developed and used will have a significant impact on society for many years to come. As a leader in AI, we feel a deep responsibility to get this right,” Pichai had said.

Among the key guidelines, Google highlighted that it will avoid creating or reinforcing unfair biases, “We recognise that distinguishing fair from unfair biases is not always simple, and differs across cultures and societies. We will seek to avoid unjust impacts on people, particularly those related to sensitive characteristics such as race, ethnicity, gender, nationality, income, sexual orientation, ability, and political or religious belief,” it said.

Since bringing out Google’s AI Principles, the company has also conducted multiple training and talk sessions promoting the ethical value of AI. In 2017, Google’s DeepMind launched its ethics centre to analyse the company’s AI breakthrough.

AI is a slippery slope and any company who leveraged the technology without proper check and balance has found themselves in trouble. Microsoft too landed in controversy when its AI system associated darker-skinned people with more risk as compared to lighter skin. However, in recent times, it has successfully managed to turn the table around to become an active campaigner for bringing in regulation for facial recognitions technology.

In May 2018, Microsoft Chief, Satya Nadella announced that the company would soon bring out its plan for building a robust ethical AI system. Through it Fairness, Accountability, Transparency and Ethics in AI (FATE), Microsoft hopes to work on the complex social implications of AI, machine learning, data science, large-scale experimentation, and increasing automation.

Recently Facebook recently announced it $7.5 million funding for its new AI-ethics based research centre, The Institute for Ethics in Artificial Intelligence created in collaboration with Technical University of Munich (TUM). Along with fostering research centred around the applicability of AI, with the new centre, Facebook aims to address concerns regarding safety, privacy, transparency and fairness.

Speaking about the development, Joaquin Quiñonero Candela, Director of Applied Machine Learning at Facebook, wrote in a blog post, “At Facebook, ensuring the responsible and thoughtful use of AI is foundational to everything we do — from the data labels we use to the individual algorithms we build, to the systems they are a part of.”

With its Fairness Flow, Facebook has previously taken a plunge into developing AI tools with ethical aspects woven into it. Fairness Flow is a tool designed especially for detecting bias in machine learning algorithms. It has also further leveraged its ethical reach with multiple partnerships like AI4People initiative and Partnership for AI.

The e-commerce stalwart has been one of the primary forerunners in disrupting e-commerce sector with its adoption of the latest technologies. However, the company has entered troubled waters with its hasty adoption of AI technologies. In 2015, it pulled the plug of its AI-based recruiting tool for showing biased against women during hiring. Lately, it landed in bigger trouble when its facial recognition tool failed to recognise people with darker skin.

Though it has not brought out an exclusive AI-based ethics centre, the company famously joined hands with the likes of Microsoft and IBM to be part of The Partnership on Artificial Intelligence to Benefit People and Society, which is a consortium of tech leaders who want to ensure that AI is developed to help humanity.