How This Cloud Data Management Startup Rubrik Became A Unicorn 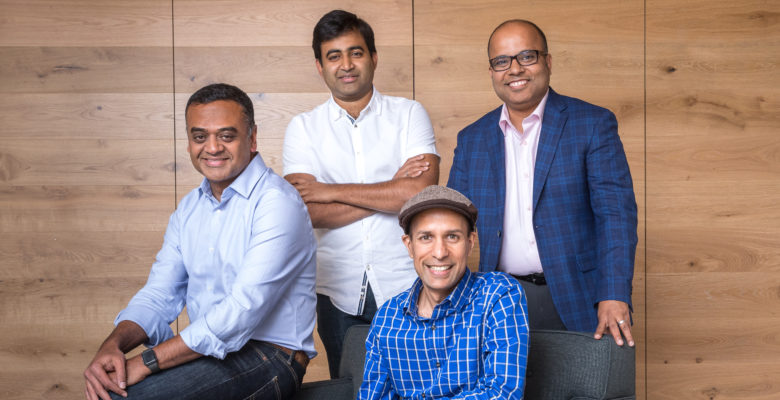 The data protection and data management market has grown significantly in the last few months. According to reports, more than $1 billion has been invested in data protection and management in approximately half a year. Recently, Palo Alto-based cloud data management company Rubrik raised $261 million in a Series E funding round led by Bain Capital Ventures along with the existing investors Lightspeed Venture Partners, Greylock Partners, Khosla Ventures, and IVP. With this funding amount, the company now values more than $1 billion, becoming one of the fastest growing unicorns. Its valuation jumped to $3.3 billion, nearly tripling from the $1.3 billion valuations in 2017. While it may or may not have been profitable yet, the cash it has been generating over the years is enough to fuel its growth till now.

Founded in 2014 by Indian-origin Bipul Sinha, Soham Mazumdar and Arvind Nithrakashyap, the startup has been making waves as one the fastest-growing data management startups joining the likes of Automation Anywhere, Thoughtspot, Nutanix, Cohesity, which are also led by Indian-origin entrepreneurs.

The company provides solutions such as data protection and recovery services, analytics on the cloud platform, customised cloud offerings and more. The startup is helping enterprises to bring their static data to life by enabling customers to back up the information digitally. The data management product can work across various clouds and lets businesses see how, where and by whom data is being used. It provides tailor-made solutions and provides a way to retrieve data from storage models in equally fast times.

Rubrik Plan To Utilise The Funding Amount In 4 Ways

Currently, 1400 people strong, the data management startup plans to use the new funding for corporate purposes, continued future innovation and to support the launch of new products in 2019. The aligns with the company’s goal of working strongly on developing AI and machine learning technology. Below are the areas Rubrik essentially wants to work in:

Tapping Into The Massive Marketing Opportunity: The cloud and data management market is growing fast and the company strongly believes that there is a massive marketing opportunity. The flagship cloud management platform by the company has been doing quite well in the last few years and is entering new markets with the launch of the Polaris software-as-a-service platform and acquisition of Datos IO. With the new funding round, they are trying to build on these and further grow and expand into new markets with a focus on security, compliance and governance. They plan to double down on engineering and marketing with this funding amount.

Corporate Purposes: The company also plans to use the funding amount to expand its go-to-market activities with partners such as Microsoft, Cisco, AWS, Google Cloud and more. It is ambitious to use the recent infusion of capital to meet corporate targets, sustained future innovation, and to support the launch of significant new products, aimed at enterprises being able to use cloud and explore data efficiently.

Support Launch Of New Products And Services: They will use the new capital to speed up the introduction of exciting new products in 2019 that will aim at solving customer challenges and significantly improving and expanding strategic footprint in the enterprises. Sinha shared that they will be building more cloud-first products going forward in areas such as recovery and security. It also plans to bring new products that will help customers move from older legacy systems to hybrid platforms.

Global Expansion: The company, which employs over 1200 people globally and opened 10 offices last year, is looking to expand its global presence. With a global booking run rate approaching $300 million, Rubrik has officially become one of the fastest growing enterprise infrastructure software companies in history and is aiming to grow further.  With huge investments in line, while it might come as an obvious choice for them to do some acquisitions and get into newer market spaces, the company is not immediately planning to do that. “This is not our focus,” Sinha was quoted as saying. “We believe in innovation and are still a young company and want to continue the pace of acceleration.”

The company strongly believes that India is a huge market for them and even flaunts a sizeable research and development workforce in Bengaluru. The innovation centre in Bengaluru opened in 2016 and is headed by Ashish Gupta and has already seen investment to build customer support, software development and sales team in India.

Rubrik sees opportunity mainly in partnering with Indian system integrators such as HCL for their data management needs and helping India catch up on the current wave of digitisation while they are looking to modernise their IT infrastructure.

Rubrik Is Investor’s Favorite For The Obvious Reasons

Just a few months ago, Rubrik came under scanner for its reported data breach, where it exposed customer data related to major customers, due to a misconfigured AWS Elasticsearch server.

Despite this, their current investor, Bain Capital Ventures believes that Rubrik has won the trust and loyalty of large enterprise customers around the globe by offering a simple and reliable solution that solves the challenge of protecting and managing data in a hybrid cloud world.

“When we met Bipul, we were instantly impressed with his vision as well as the skill and tenacity of his team. Given my experience leading the largest enterprise data protection company, we are confident that Rubrik is positioned to win and be the market leader in enterprise cloud data management,” said Enrique Salem, Partner at Bain Capital Ventures.

Not just customer trust but the fact that Sinha comes from the world of VC helped him study the VC mindset for funding quite efficiently. Being from that background he could look for gaps and subsequent opportunities in the market, and hence ventured into the area of public cloud. The fact that Rubrik could identify the market segments and carve a niche, investors became increasingly interested in them.

As the company is eyeing an IPO this year, this funding amount may prove to be a good deal for the company. While the huge funding amount provides them with a huge reliability factor, it also gives them an opportunity to tap new markets and opportunities. This funding round has also given the company a chance and resources to challenge established vendors in the space, which will be an interesting thing to wait and watch.