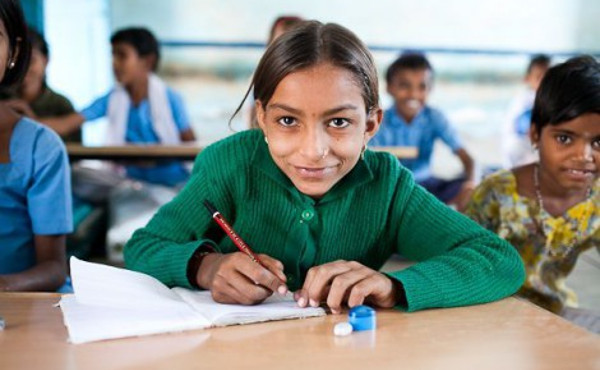 Last week, Indian Institute of Technology, Kharagpur launched a summit to work specifically on India specific problems and leveraging artificial intelligence for the same. The initiative is named up.AI which is pronounced “upay” (उपाय) meaning “solution” in Hindi.  The new AI initiative up.AI is a joint work of The Department of Computer Science and Engineering, IIT Kharagpur and the Centre for Excellence in Artificial Intelligence, IIT Kharagpur.

The aim of the summit is to bring IIT Kharagpur alumni together to solve problems related to illiteracy, hunger and disease. The summit held in Bengaluru is an endeavour by the institute to focus and solve basic problems that are neglected by the industry and government. This is also in line with the universities working with the state governments to address socio-economic problems.

Recently it was also announced that the Robert Bosch Centre for Data Science and Artificial Intelligence (RBC-DSAI) at IIT Madras was working with Tamil Nadu agencies to bring a more data driven governance in the southern state. Many government branches and departments are now closely working with the centres at IIT Madras to bring the state’s administration to the 21st century. Again, the most focussed areas are healthcare, education and agriculture which shows heavy commitment to solve socio-economic problems and use AI and data enabled technologies for civic and societal problems.

Dr. Nandan Sudarsanam working with Department of Management Studies, IIT Madras said,  “Societal impact through AI is a central objective of RBC-DSAI at IIT Madras. We believe that by teaming up with the TNeGA we can contribute towards multiple pillars of the government, covering areas such as education, health-care, and agriculture,”

Through such collaborations, universities get a chance to cut their teeth on public data and also overcome societal problems with AI and ML techniques. This als fosters greater collaborations between public sector and universities. It is well-known that Indian academia has contributed little to global machine learning research knowledge.

Varun Aggarwal, CEO of Aspiring Minds has opined that working on Indian problems is a win win proposition. Both India and the state of AI technology will be helped with this collaboration. He says, “ The AI revolution needs India. The country’s diversity of languages, dialects, accents, scripts, dress, and culture presents a rich set of challenging problems for artificial intelligence.”

Along with universities, many independent institutions are also working to create an impact on the grassroot level through AI. Wadhwani Institute for Artificial Intelligence (WIAI) aims to harness the power of AI to address challenges in healthcare, agriculture and skilling among others. Sunil Wadhwani, the founder said in an interview, “AI institute will be developing solutions, but not directly implementing it. And we will be working with partners such as government, and other civil society partners. At WISH foundation, we work on innovation, we work with innovators, and we also want to see how it actually works. ”

Intel, the US chipmaker announced that it has recently trained more than 99000 developers, students and professors in AI and when its target was only about 15000. Intel tied up with IIT Mumbai, IIT Kharagpur, IIT Madras and IIITs in Bengaluru and Hyderabad along with ISI Kolkata and IISc Bengaluru and CDAC.

In the past, cross-departmental collaboration and industry partnerships helped Indian Institute of Science Bangalore develop methods of testing glucose levels in blood. This method leverage data and predicts the onset of the disease better than existing tests. IIT Bombay also worked with large number of universities internationally and with IBM to use AI for social good by boosting its own machine learning and AI capabilities. An IIT B statement noted that the institute partnered with IBM, in key areas to accelerate the development of AI technologies, such as deep learning, natural language processing, computer vision, and others, as well its application in societal challenges, ranging from aiding the understanding of disease, education and cybersecurity.

Indian universities will need to dig into the Indian society to look for deeply rooted problems and solve them via AI and other newer technologies to boost their research capabilities. This process is already underway.