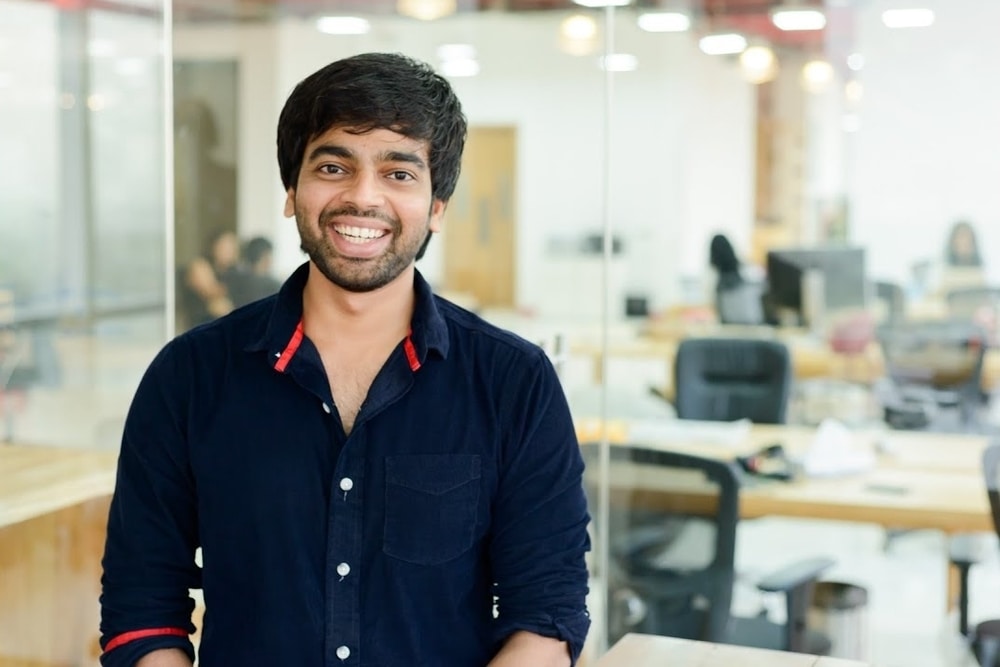 With a banking ban in place, most of the cryptocurrency players in India have not been in a favourable state. However, there is one exchange platform which continues to maintain deep liquidity and sustained trading volumes, in spite of harsh regulations.

Curious Dose got in touch with Nischal Shetty, the CEO of WazirX, one of India’s biggest cryptocurrency exchanges. Here is how the platform adapted to one of the world’s harshest regulatory environments.

The Birth And Growth Of WazirX

WazirX was but an idea during Bitcoin’s spike in December 2017. Born out of a problem faced by Shetty while trading at the height of the spike, WazirX aims to reduce the gap between international and Indian exchange platforms. He stated,

“I saw that there was this big difference in the user experience and transparency, which led to people not trusting Indian exchanges so much. This is where I saw a need that for the Indian market, we could build a product that will be on par with these international exchanges or better than them.”

This was the start of WazirX, with the official announcement being made of 30th January 2018. During launch, WazirX announced a referral program that gave WRX tokens, (the exchange’s cryptocurrency) to those who recommended the app to their friends. This was highly effective. Shetty said,

“This gave us a boost. By the time we launched, on March 8th, we had signed up over 60-70000 users already. This also validated our assumption that Indians were not happy with the existing solutions. They needed something better and more stable, and more trustworthy.” “We’ve always focused on trust as a main factor for our exchange.”

The exchange platform immediately stood out from the rest. Soon after launch, users found that they were able to deposit their money instantly into the exchange. This was in stark contrast to the platforms that took hours or days to credit the balance into their exchange account. Speaking of the state of the banking system at that point, Shetty said,

“This was after banks had started denying the APIs for exchange platforms. No banks were giving it to any exchange. We were still able to get this going and make instant deposits happen, and that gave us a boost.”

However, there was an upset in the making, with no industry player being aware of the pieces being shifted.

Adapting To The Banking Ban

On April 5th, the Reserve Bank of India released a statement which was the nail in the coffin for many Indian exchange platforms. After a 3 month grace period, any banks falling under the jurisdiction of the RBI were asked to cease operations with any companies dealing in cryptocurrencies. This naturally meant that exchange platforms would be disconnected from the traditional banking system. “We had just launched 3 weeks and we were already facing a big obstacle. This is when things got interesting for WazirX.”

WazirX, which had just launched 3 weeks prior, was facing one of the worst situations that an exchange platform could face. Without access to the banking network, it would be impossible to cash in and out of cryptocurrencies. However, Shetty and WazirX had a trick up their sleeve.

“We decided that there was a way to tackle this ban. We did not announce it to our users. We only mentioned that after the ban you will be able to cash in and cash out.”

Until the grace period ran out, WazirX continued normal trading while building out the backend infrastructure for the upcoming upgrade. The upgrade was to ensure that there would be easy cash in/out option for users on the platform. This came in the form of P2P trading.

Peer-to-peer trading is a method by which trading can occur without the need for a central party. This was the original method of trading Bitcoin, and was cumbersome and not user friendly. Regarding this, Shetty stated,

“There was no surprise in the Indian ecosystem that P2P would come. Banking ban would not affect how these markets worked. Everyone thought that it would be similar to LocalBitcoins (legacy solution). What we know is that that approach is slow and cumbersome, and it is also confusing. Indian audiences needed something fast. This is where we built the world’s first automatching P2P exchange.”

The P2P trading platform was launched on 10th July. The quick adaptation to the banking ban and timely product delivery catapulted WazirX into, at the moment, the position of being the only exchange that was usable to cash in and out of crypto in India dependably. Shetty stated,

“That gave us the most traffic growth in the history of running the exchange. Because we delivered a product that was the need of the hour, which was how to cash in and out of crypto with the banking ban in place. 96-97% of transaction happens in 15 minutes, this is near-instant.”

The sluggish pace of regulation frustrated many crypto-enthusiasts in the country. While this was being talked about in Indian media circles, the news quickly passed. However, cryptocurrency traders were still facing the brunt of the ban, which many thought to be short-lived. On this, Shetty stated

“We initially thought this would be temporary and it would be removed. But as every day passed we realized that it was going to take longer. So I thought in November that we should start a campaign and reach the leaders. The campaign that we conducted, it had a worldwide reach. Now due to that campaign, people all over the world know that India wants crypto.”

“Our leaders also know. I’m guessing they are waiting for the [Subhash Chandra Garg] committee report to come out. Then they will respond. I think the India wants crypto campaign has been one of the most important parts of this.”

However, the campaign comes too late to save those that could not survive the harsh regulatory environment. Exchange platforms such as Coindelta and Zebpay have stopped operations in India, while others, like Unocoin, are barely struggling to hold on. WazirX’s innovation has put them at the top, with them currently being “the biggest exchange in India with the most liquidity”.

Moreover, as with other exchanges, the volume of transactions on the platform cannot be faked. This is due to the platform utilizing the P2P method, in which artificial trades do not complete, and thus do not add to the total volume.

The Future Of WazirX

WazirX also has its eyes set on future growth in international markets after identifying that many countries have a problem with fiat-to-crypto ramps. They have already seen a considerable increase in signups since offering crypto-to-crypto services abroad. According to Shetty,

“We’ve started our C2C market internationally. We started it in March, and we saw our signups increase by a lot, about 4x or 5x the signups we were seeing before that. It has been a great response internationally on the C2C.”

Other countries are unable to have dependable fiat-to-crypto or vice versa onramps due to the fact that many banks are hostile to cryptocurrencies. Shetty believes that this is the reason cryptocurrencies have not taken off. He went on to state

“We want to bring P2P banking to countries around the world, especially Asian, African and Latin American countries. In Europe and the US, they are comfortable in terms of banking. In other countries, banks are against cryptocurrencies. We want to ensure that globally, there is an easy way for people to move in and out of fiat to crypto.”

The expansion is already underway, with the product being released in Indonesia. WazirX aims to be in at least 5 countries by this time next year, with the product launched in 10 countries in the near future. This will be a combination of Asian, Latin American and African countries, revealed Shetty. Once the product is picked up in a certain country, future efforts will be focused in the country, he stated.

WazirX can be seen as a product which came through a tough time soon after its launch, only to become one of the top services in its vertical. Negative regulatory environments were not enough to stifle the growth of innovation; an attitude perfectly embodied by the most resilient exchange platform in India; WazirX.