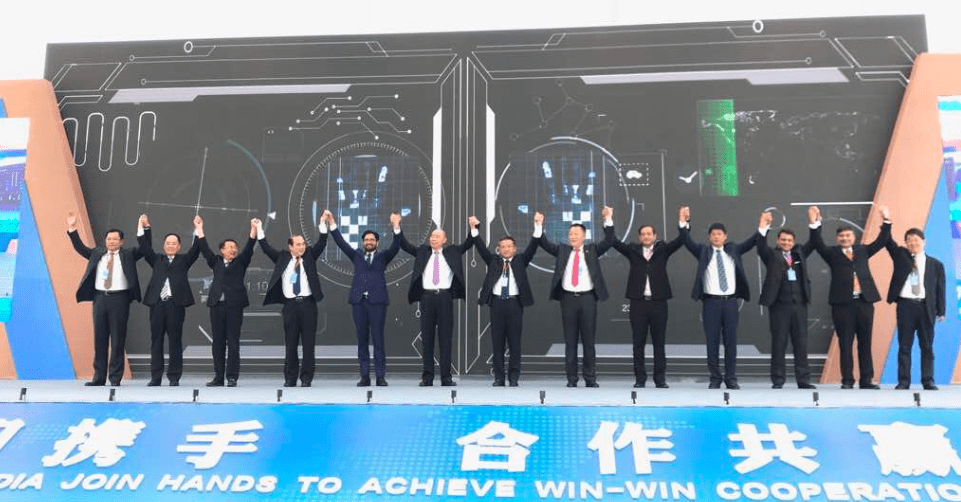 This weekend saw a positive step taken towards India and China working together in the realm of new technology. On Saturday, the two countries who have shared a strained relationship historically, saw the launch of an IT corridor focussed on artificial intelligence in Dalin, China. This was followed by the opening of a big data-focused IT cooperation platform on Sunday in the southwestern city of Guiyang.

China’s Guiyang Municipal government and the National Association of Software and Services Companies (NASSCOM) have announced $3.9 million worth of agreements between Chinese customers and the Indian service providers.

The launch ceremony saw participation of more than 350 representatives from Indian and Chinese companies. The initiative is being replicated in other Chinese cities as well.

The initiative will bring together Indian software and Chinese hardware; boosting cooperation in automation, AI and other emerging IT fields.@makeinindia

These projects were launched at the Sino-Indian Digital Collaborative Opportunities Plaza (SIDCOP), a platform which is set to be executed over the next year. Last December, NASSCOM established its first SIDCOP platform in Dalian which is India’s first IT hub in China.

Gautam Bambawale, Indian Ambassador to China, said during the launch, “I warmly welcome the launch of the Sino-Indian Digital Collaboration Plaza. Indian IT companies have proven capabilities and are uniquely suited to partner their Chinese Counterparts.”

“A mutual affinity exists between our two neighbouring countries to create differentiated, smart and agile solutions for the world”

He added, “In China, Indian IT companies are present in 10 cities around the country, with a total work-force of around 25,000 employees. However, we believe that the potential for Indian companies to cooperate with China is huge and needs more work and effort. Indian IT companies have proven capabilities and are uniquely suited to partner their Chinese counterparts in implementing your initiatives in big data, AI and Internet Plus.”