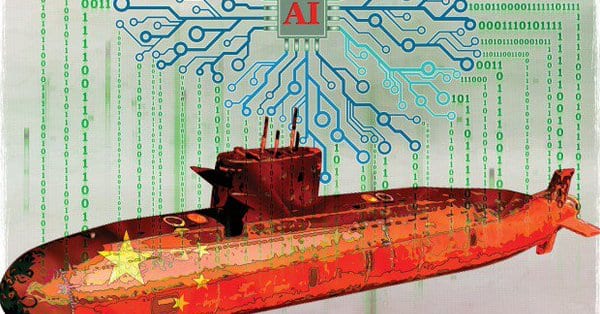 Amidst calls for a ban on lethal autonomous weapons (LAWS), there is a buzz about India planning to strengthen their AI-based weapon systems. The recommendation was made by the 17-member AI task force, which also includes members from research organisations, contractors and the military. Reports indicate India wants to enhance AI which will, in turn, help the operational preparedness of the armed force in a significant way. This may include unmanned tanks, vessels, aerial vehicles and robotic weaponry, which will have extensive use in future wars.

Earlier this month, the Defence Minister Nirmala Sitharaman inaugurated a workshop on Artificial Intelligence in National Security and Defence, Listing of Use Cases. A PIB press release listed future goals as outlined by the multi-stakeholder Task Force represented by members from academia, startups, industry and government who were constituted with the approval of the Raksha Mantri. Meanwhile, the stakeholders representing the government included officials from the DRDO and officials from Defence Ministry.

The task force, chaired by C Chandrasekharan, chairman of Tata Sons, had met in February and April this year. The key points highlighted by the task committee were:

Simulated War Games And Training: Another key area where AI can play a crucial role in training the forces in a simulated environment, conducting pilots projects for simulated air combat mission, conducting mass personalized training and performance evaluation of personnel and even training mechanics to repair virtual tanks.

Unmanned Surveillance: AI can be leveraged for unmanned surveillance for collecting video, audio and sensory data in real time, scouting battlefield and conflict zones, strengthening perimeter defence and border and maritime patrol. Unmanned surveillance will also be used for canvassing harsh terrains and under harsh conditions.

Cybersecurity: AI can be leveraged for cybersecurity to monitor internet traffic, to act real-time on cumulative intelligence, to detect malware, prevent darknets, and automate cyber offence against targets and adversary networks.

Intelligence And Reconnaissance: One of the key areas where AI will be crucial, is for gathering satellite imagery, movement tracking, object and pattern recognition, analysis and interpretation to glean intelligence. AI can also be deployed for facial recognition, speech and voice recognition and gathering and analyzing unstructured data — sensor data, radar data, video, audio and satellite imagery.

The use cases were based on previous meetings where the committee focused on understanding how to deal with AI and use the data generated for developing AI-based applications. Discussions were focused on understanding the key approach for the use of AI to build a profile that mimics normal behaviour by learning from the data generated from a given use case. Then, through machine learning and deep learning techniques, the technical team can draw correlations among various parameters in an automated way (from the huge dataset) and flag pattern and anomalous behaviour for further analysis and insights. This would form the basis for AI-based applications.

The robots and AI arms race has caused geopolitical tension and fear across the globe. Countries like China, US, Russia and even Israel are staking billions of dollars in the AI arms race. Much has already been written about artificial intelligence’s potential to transform combat and augment military capabilities of personnel. Leadership in AI can give nations a military edge, which can lead to devastating consequences. India clearly doesn’t want to lag behind in the AI arms race. The recent developments, including the heightened rhetoric on AI, blockchain and emergent technologies, are witness to that. Amidst all the development, calls for ethics and campaigns to stop killer robots have also surfaced. A group of technocrats, academicians and non-governmental organisations have joined hands to stop the militarisation of robots and prevent the development of LAWS by calling for a preemptive ban on autonomous weapons.