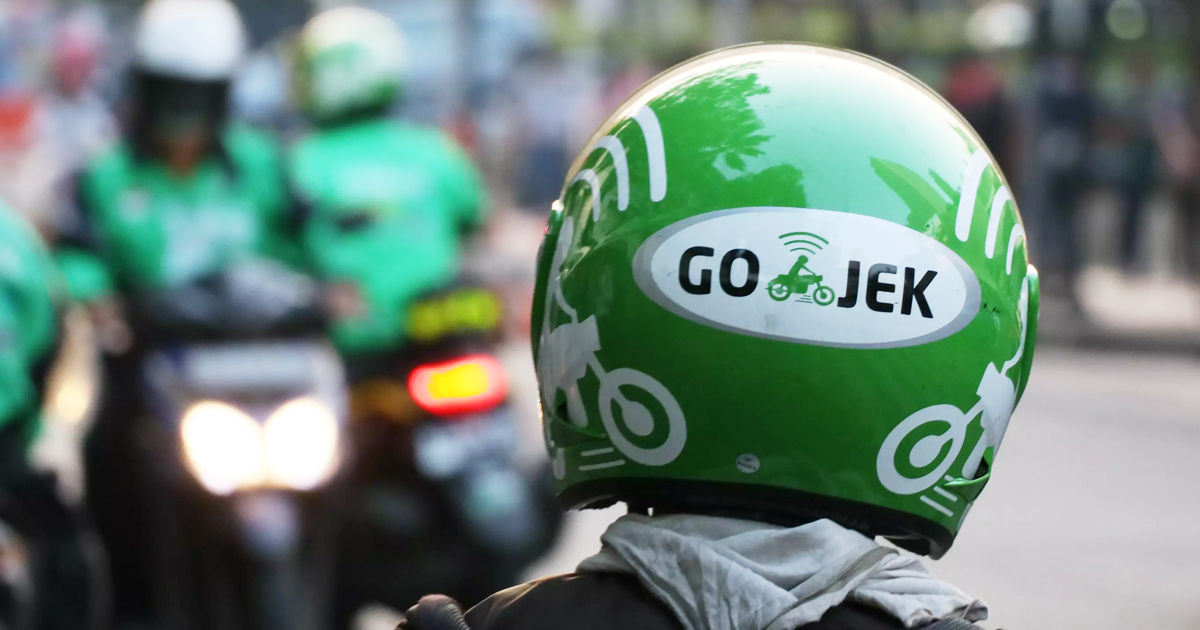 GOJEK, Indonesia’s first unicorn and ‘Super App’, has recently amped up its efforts to increase its talent footprint in India. They recently closed a Series F funding round with Google, JD.com, Tencent, Mitsubishi Corporation and Provident Capital.

GOJEK has a focus on data-centric approaches to problems, to the point where almost everyone working in the company is a developer. Join us as we take a deeper look into how GOJEK is looking to harness India for the growth of its ‘Super App’.

What Is A Super App?

Back in 2010, Mike Lazaridis, the CEO of Blackberry, described Super Apps as “the kinds of apps that people love, that they use every day because they offer such a seamless, integrated, contextualized and efficient experience.”

Simply put, GOJEK is an app ecosystem that incorporates multiple elements from hyper-local, payments, social, and services verticals. This gives the user an all-in-one place to do anything and integrates deeply within the OS.

Similar apps also include China’s WeChat, which now has over 90% penetration rate in China. The app has many services, such as financial services such as payments, an inbuilt social media network and multiple service-based features.

The Super App’s function is to sit on top of a mobile OS by shrinking the time taken to complete a specific task and in turn. This increases productivity, engagement and stickiness, elevating GOJEK’s position as a go-to place for every service.

Looking at the statistics of GOJEK, the app undertakes over 3 million orders every day, with a 6600x growth in volume of orders over the past 3 years. 1 in 2 Indonesians use the app, with over 125 million downloads and 350 million API calls a second.

The app handles close to 5TB of data every day, and is bigger than India’s biggest food delivery service and ride-hailing service. This can be attributed to the app’s ‘Super App’ status, as it 18+ services in 1 app.

They use Machine Learning for multiple applications within their Super App, mainly for allocating drivers to tasks. This is one of the core parts of their business, as they are required to do this for every order undertaken by them.

In the beginning, the company developed an ML algorithm to solve the problem using the vast amount of data that they had regarding the platform. However, the algorithm also had to be customized owing to the large number of dynamic objectives put in place.

The first algorithm deployed for this purpose was not up to the task of GOJEK’s multiple vertical task assigning. Therefore, the company developed a system they dubbed “Jaeger” for allocating multiple objectives. Jaeger is comprised of multiple modules that can be easily extended, with over 1 million additional completed trips since the service began to be used.

They then created an open source ML feature store called Feast in conjunction with Google Cloud. It is an open, extensible, and unified platform for feature storage. This allows ML engineers to reuse features and discover new ones.

Feast also offers a centralized platform that offers the standardization of features and data, along with a place to define and publish features. GOJEK developed this to reuse features and their definitions frequently across verticals to scale. This also allows engineers to access more features for training and serving.

Hiring In India To Push The Growth Of The Service

The company is doubling up its hiring operations in India, owing to the quickly-evolving landscape of developers and data scientists in India. Analytics India Magazine reached out to GOJEK to find out more about their plans in the subcontinent.

Q: Why did GOJEK pick India as its destination for hiring developers?

There is an exponential demand for GOJEK’s products and services in Indonesia. People are more than willing to trade cost for convenience and GOJEK’s offerings help people save time taken to commute, make payments or get a specific task done. However, hiring quality developers was a tough task at that time. Things have improved since then, but India presented a tremendous opportunity to hire quality engineers. We entered into the market by acquiring two India based engineering consultancy firms which kicked off the GOJEK story.

Q: What can the developers look forward to when they join GOJEK?

Working at GOJEK gives engineers an opportunity to build a startup within a startup. It is extremely rewarding, yet challenging. The volumes are massive, for instance, we process over 50 orders in a second. This rapidly growing business makes solutions obsolete as we hit scale. To meet the increasing demand, we emphasise on automation to eliminate human bottlenecks.

We follow lean engineering principles (our 18+  products are built by 250+ engineers). GOJEK provides the opportunity to work with the best minds, use cutting-edge technology, to solve real challenges. Above all, it gives you a chance to build multiple products across Southeast Asia – an untapped market brimming with potential.

Q: How does India factor into the recent expansion plans of GOJEK? Does the company have other plans for expansion in India?

In three years, we scaled 6600x in total completed orders. With expansion plans underway in Singapore, Thailand, Vietnam and the Philippines, 2019 promises to be another hyper-growth year. Our India focus will continue to be around attracting premium talent to build the Super App that’s the face of Southeast Asia. All our expansion plans are directed at hiring the most talented engineers who want to work on shaping the future of Southeast Asia.

Q: What is the state of talent in India for hiring developers?

In theory, India produces more engineers than the industry needs. However, the bitter truth remains that only a percentage of them can produce the rigorous demand and execution of a large startup that’s at the face of hyper-growth. At GOJEK, we sift around 3000 applications to hire a single developer. We are constantly looking for programmers who code for challenge and pleasure. There’s a lot that can be done and we’re yet to realise the full potential of the talent pool here.

Q: Can you shed light on how GOJEK uses Big Data and manages one of the largest JRuby, Java and Go clusters in South Asia?

Most of our product development is based on data analysis. For example, GOJEK used pickup location data and booking-related text data (along with some help from clustering algorithms and language models) to identify and name pickup points at Places of Interest, at scale. Repetitive tasks get automated and we’re huge on Ruby and Go. A lot of our microservices are written in Go and Ruby and it’s imperative for us to hire from the limited talent pool to scale.