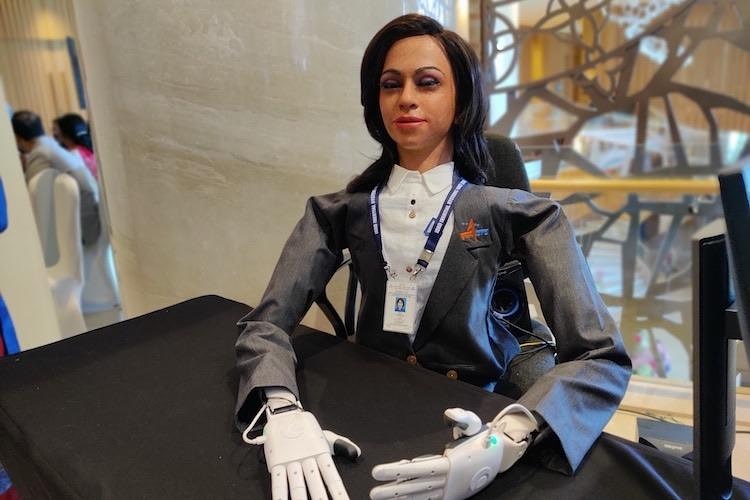 The Indian Space Research Organisation (ISRO) is all set to send Vyommitra a half humanoid, to go as a trial to space before Gaganyaan goes with astronauts. The cutting-edge humanoid will be placed in the first unmanned mission under Gaganyaan and will simulate most of the human body functions.

Sam Dayal, a noted scientist fro ISRO, said, “Vyommitra does not have legs. It will try to simulate a human and report back to us. We are doing this as an experiment.”

The ‘female’ humanoid has clearly caught the attention of the nation with her smart answers and potential. The famous Indian dairy brand Amul, who has a tongue-in-cheek style of publishing satirical cartoons also published an artwork.

In preparation for the ₹10,000 crore Gaganyaan mission, ISRO chief K Sivan informed the media that four astronauts had already been short-listed, and would be going to Russia for training by the end of this month.

The four astronauts will receive training for 11 months. All the four astronauts selected for the mission are men but their identity cannot be revealed, Union Minister of State (MoS) Jitendra Singh had said earlier.

After 11 months of training in Russia, the astronauts will receive module-specific training in India. They will be trained in crew and service module designed by ISRO, learn to operate it, work around it and do simulations. As per the ISRO sources, India’s heaviest launch vehicle “Bahubali” GSLV Mark-III will the carry astronauts to space.

What Is India’s National Data and Analytics Platform (NDAP)?