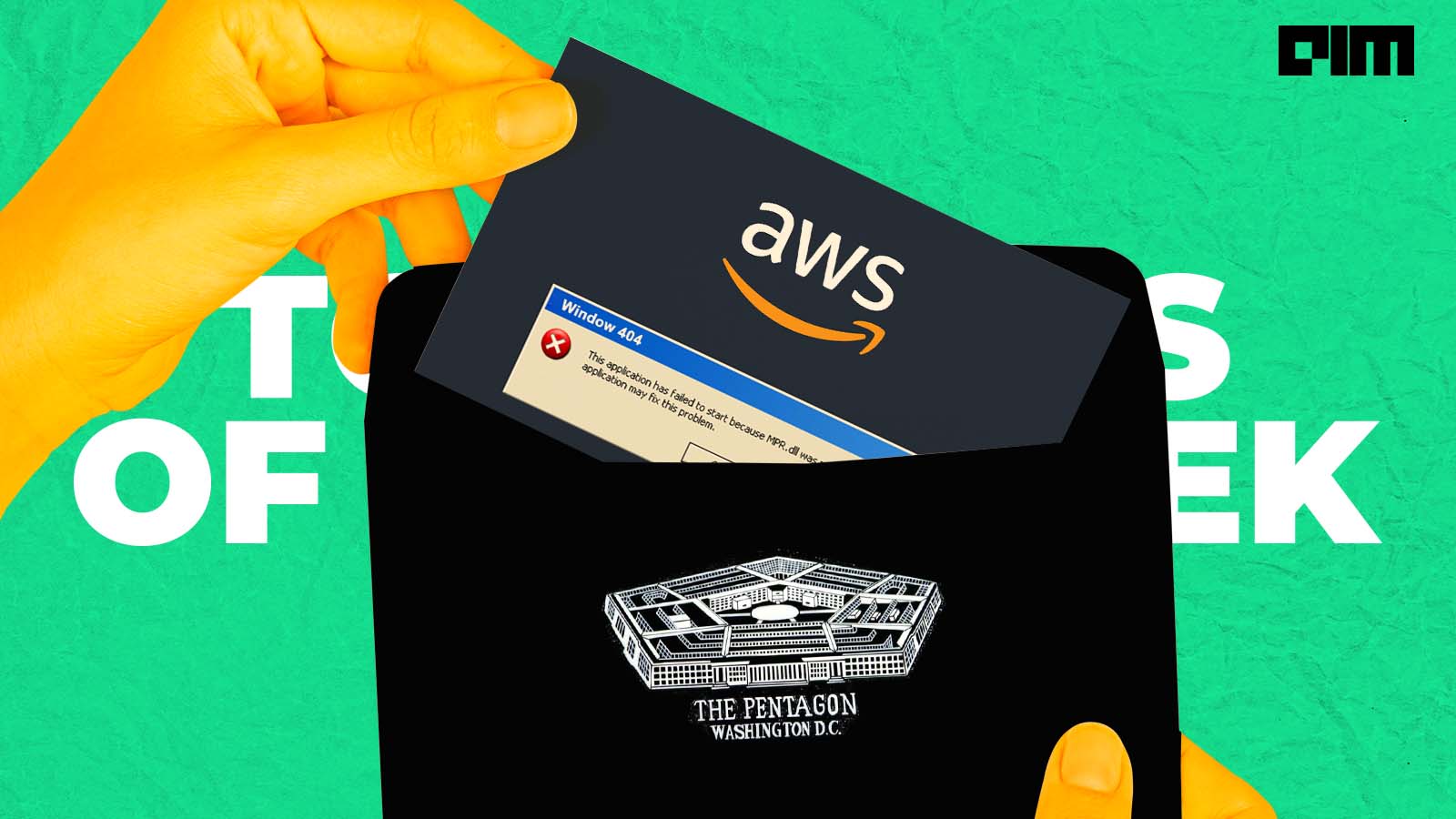 On Tuesday, Pentagon officials scrapped the controversial cloud contract which was awarded to Microsoft last year. “The evolving landscape is what has driven our thinking,” said John Sherman, the Pentagon’s acting chief information officer. The Department of Defense(DoD) officials said that their decision was more of a technical one. As the cloud technologies evolve, the officials thought it is better to bring in more players. This is a big win for Amazon, which has challenged the DoD for unfairly awarding the cloud contract to Microsoft. “The DoD faced a difficult choice: Continue with what could be a years long litigation battle or find another path forward,” Microsoft said in their blog. Unsurprisingly, Amazon too has supported this decision by reiterating that “the contract award was not based on the merits of the proposals and instead was the result of outside influence that has no place in government procurement.”

OpenAI Opens Up On Github Copilot

Last week, Github launched an AI pair programmer that helps programmers write code faster. GitHub Copilot, which is powered by OpenAI Codex, draws context from comments and code, and suggests individual lines and whole functions instantly. This week, OpenAI, in a new paper, has shed some more light on Copilot. In their paper, the researchers discussed the environmental, legal and security implications of their innovation. While bias in ML models is still an active area of research, Copilot sparked a new debate—the fairness of code usage. There were lot of doubts around the ownership of code that is written with help from Copilot. Few even questioned if the trained data had used licensed code. This paper by OpenAI tried to address most of these queries. “Generated code is also responsive and customized to the user’s input, and the user retains complete control over editing and acceptance of the generated code. This can make code generation similar to auto-suggest or auto-completion features that exist as features of other tools of authorship, in the sense that the finished work is still seen as the author’s,” wrote the researchers. Read the full paper here.

According to reports, the UK’s largest producer of semiconductors has been acquired by the Nexperia, a Dutch firm owned by China’s Wingtech. Newport Wafer Fab (NWF), the UK’s largest producer of silicon chips, which makes chips that are used in power supply applications for the automotive industry. The deal comes after Arm—the crown jewel of the UK— was acquired by NVIDIA for $40 billion. The NVDIA-Arm deal was mired in controversy since the beginning and is still being probed. When asked about the NWF deal, a spokesperson for the UK government told CNBC that they cannot intervene now but they are closely monitoring the takeover.

Memory chip-maker Micron technology is reportedly making millions of dollars using AI. The company’s revenue has increased as demand for goods that rely on chips, such as cars and home appliances, has soared during the pandemic, leading to chip shortages. As per the earning reports, Micron earned $1.7 billion last quarter up from $803 million a year earlier. Micron’s in-house AI tool has assisted the team in making smart decisions in fund allocation. According to Micron’s treasurer, Greg Routin, the AI tool takes into consideration investment options including overnight bank deposits; time deposits, which place limits on when the cash can be withdrawn; money-market funds, a type of mutual fund; currencies and investment managers.

This week, Apple’s co-founder has voiced his support in favor of the right to repair movement. The objective of “right to repair” is to empower the customers to make sustainable choices when it comes to their devices. “We wouldn’t have had an Apple, had I not grown up in a very open technology world,” said Wozniak. If accepted widely, this provision would force the smartphone, laptops and other device makers to append their products with a ‘how to repair’ manual to assist their customers. Last year, European Parliament backed the law to establish more transparency with regards to green initiatives and also prevent the makers from resorting to trickery such as ‘planned obsolescence’; a newly downloaded update can slow down the phone sometimes. This resolution also gives an incentive for responsible marketing and advertising.

According to a Mozilla report, YouTube’s algorithm is recommending videos that violate its own policies. Mozilla’s research found that the videos with misinformation, violent content, hate speech, and scams were being allowed on the platform. “YouTube needs to admit their algorithm is designed in a way that harms and misinforms people,” said Brandi Geurkink, Mozilla’s Senior Manager of Advocacy.  Previously, YouTube has drawn ire for relentlessly censoring creators for violating the platform’s policy. But, now this algo botch-up might force YouTube and the internet companies as a whole to rethink the fairness of their algorithms and the efficacy of policy implementations.

On Saturday, President Biden signed an executive order that aims to promote competitive markets and curb corporate dominance especially, the big tech. “The heart of American capitalism is a simple idea: open and fair competition — that means that if your companies want to win your business, they have to go out and they have to up their game; better prices and services; new ideas and products,” said Biden in his statement.