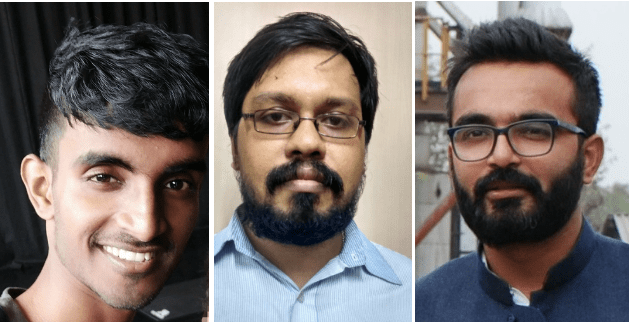 MachineHack recently concluded the Who Let The Dogs Out: Pets Breed Classification hackathon and announced prizes in the form of exclusive passes to the Machine Learning Developers Summit (MLDS), India’s largest summit for machine learning developers. Analytics India Magazine talked to the winners of the hackathon to get insights into their journey in data science and their experience competing in this classification hackathon of MachineHack.

Mohankumar Sriram, who stood first in the hackathon leaderboard has done his Bachelor’s in Electronics and is now a Chief Technology Officer. He was first introduced to artificial intelligence with the advent of the popular Google AI AlphaGo beating the Go world champion, Lee Sedol in the year 2016. According to Mohankumar, what fascinated him the most about the defeat of a Go champion by an AI was the ability of neural networks to serve as universal function approximators.

He currently heads the technology division of an early stage medical device startup called Neospec Labs where he and his team are exploring the potential of ML to radically improve maternal and child health care in India. His trick to solve this hackathon problem was by treating the dataset as a 10 label classifier problem and he used transfer learning for a model trained on ImageNet dataset. He also preferred cyclic learning rates over adaptive learning rates which according to him helped the training to converge faster.

Talking about his experience on the MachineHack platform, he said that it is a perfect place for a beginner looking to start out in deep learning competitions. “In the future, I would love to see the platform partnering with companies and NGOs to host advanced challenges which have a direct impact in the real world,” he said.

Gourab Das, who is Project Scholar at the University of Calcutta, won the second rank in the competition. He is into the field of machine learning and data analytics since two and a half years. His initial focus was in the field of general business-oriented real-time structures dataset based problem. But because of his main motivation to get in the field of R&D, he shifted his focus towards unstructured deep learning based problem like Image, NLP, and so on. He solved this classification problem of hackathon by working with ImageNet based pre-trained models like VGG, Inception and Resnet. Gourab concentrated on fine-tuning and averaging of various models and finally got success to reach the score of 0.968 to 0.9698, from an initial fluctuating score of around 0.95.

On his experience on MachineHack, he said that it is a very good platform for young ML enthusiasts. He said, “They are not only providing the great environment for organising this type of competition but also creating a very good learning platform which certainly enriches our knowledge.” Gourab has previously won the second prize in the “How To Choose The Perfect Beer” hackathon on MachineHack.

Saurabh Kumar took the third place in the hackathon and is a Group Lead working on Financial Surveillance Analytics at Ameriprise Financial Services Inc, along with being an avid data scientist. He was inspired in the field of machine learning after learning about the ML algorithm called random forest and its performance in classification tasks compared to traditional classifiers. He was inspired and overwhelmed by the ability of ML algorithms to solve a variety of real-world problems. He solved this hackathon problem with the help of transfer learning, with basic image augmentation in both train and test data. He used the architecture of Resnet50 and framework of PyTorch. He has previously won the  “Whose Line Is It Anyway: Identify The Author Hackathon” hackathon.

Saurabh has been an avid participant of MachineHack hackathons since the Beer Hackathon challenge and says that his experience on the platform has been great as there is a continuous evolution in enriching the user’s experience.