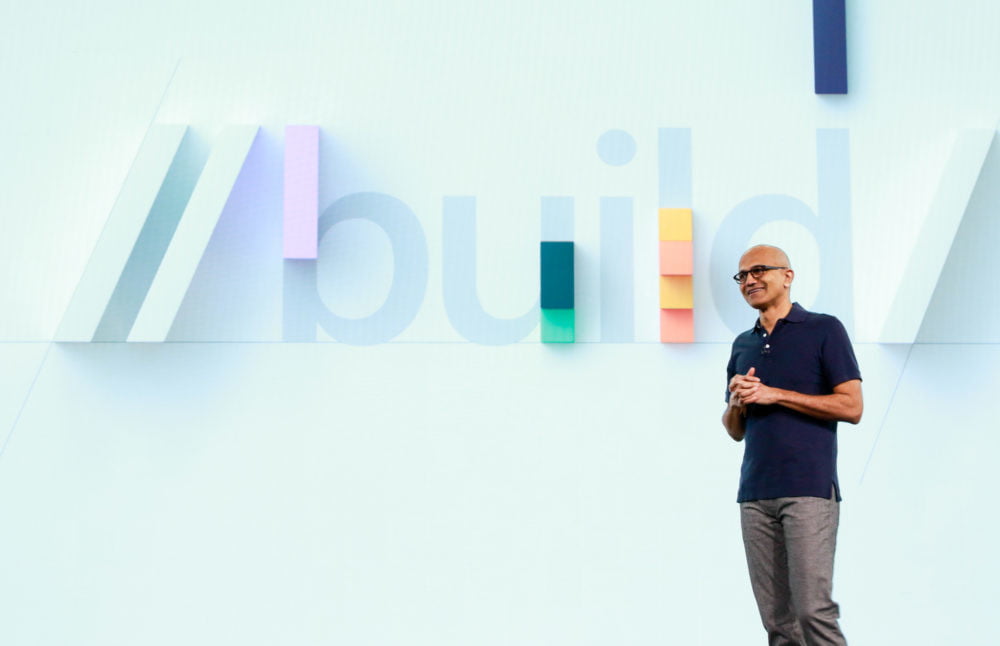 As Microsoft concludes its annual conference for developers, Microsoft Build 2019, the company managed to capture the imagination of developers across the world with its slew of announcements

While the biggest surprise came in with the move to bring custom-built Linux kernel within Windows 10, it made a host of other big announcements in the field of AI and ML, thus retaining its focus on AI like the previous years.

Project Brainwave, a hardware architecture designed to accelerate real-time AI calculations,  Bot Builder SDKv4, AI Lab and AI for Accessibility were some of the new initiatives that were introduced in 2018, this year Microsoft revealed its new toolkit for AI and robotics. As part of the project, the company also confirmed that it is working on building a new intelligent agent using the toolkit.

Microsoft CEO Satya Nadella also announced a number of new updates for Microsoft 365, where it has been equipped with a new feature called Ideas In Word, a grammar and auto predict for powered by Natural Language Processing (NLP).

However, from Windows to Azure Machine Learning, the tech giant has unrolled a number of new features and updates to its existing products. In this article, we take a look at some of the biggest changes and new announcements made by the company in the field of AI and ML

ML.NET lets developers create models targeting scenarios based on ML tasks, such as classification, regression, clustering, ranking, recommendations and anomaly detection. It also provides integration with other deep-learning frameworks, such as TensorFlow, and it offers interoperability through ONNX.

Cognitive search capability, the content-understanding feature within Azure Search, now offers a single mechanism to apply a series of pre-built and custom AI models to data. In addition, a new knowledge store capability in cognitive search enables developers to further leverage the insights and metadata they extracted from the cognitive search pipeline.

Microsoft introduced a new category in Cognitive Services called Decision that reflects the evolution of the product portfolio. We are also introducing new services and capabilities under the Vision, Speech and Language categories. The company said that it is also working to make more Cognitive Services available on the edge and on-premises with containers.