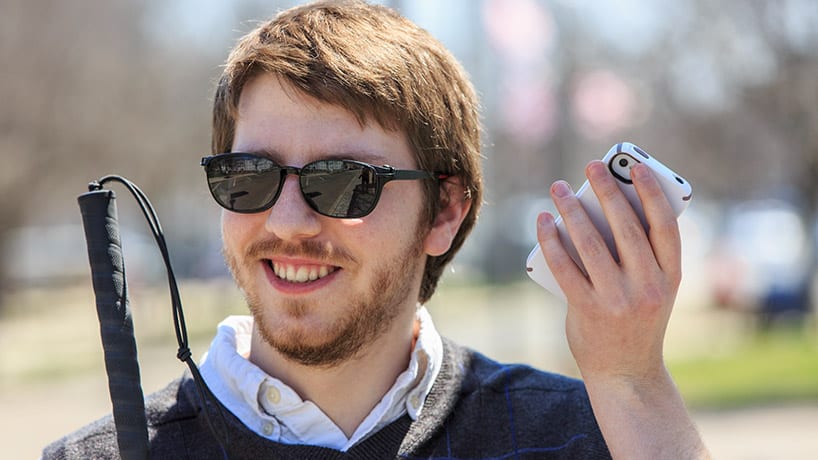 In a move that could potentially expand the horizons of visually-impaired mobile phone users, tech giant Microsoft has released an app for iPhone that uses Artificial Intelligence (AI) to help them “see” the world.

The Microsoft iPhone app was released earlier this week in the US, Canada, India, New Zealand and Hong Kong.

Named ‘Seeing AI’, the application uses the iPhone camera to detect, read and describe the things around the visually-impaired person.

For example, in one of the demo videos released by Microsoft, the Seeing AI correctly identifies a woman as, “28-yer-old woman, looking happy”. Yes, you read that right. The app can detect human emotions too.

The Seeing AI joins a small but steadily rising number of apps designed to help the visually impaired. While many can only tell the colour, or read bar codes on products, other apps such as Be My Eyes connects blind persons to other volunteers in the area.

As of now, Microsoft hasn’t announced whether a version of Seeing AI would be released for Android phones.