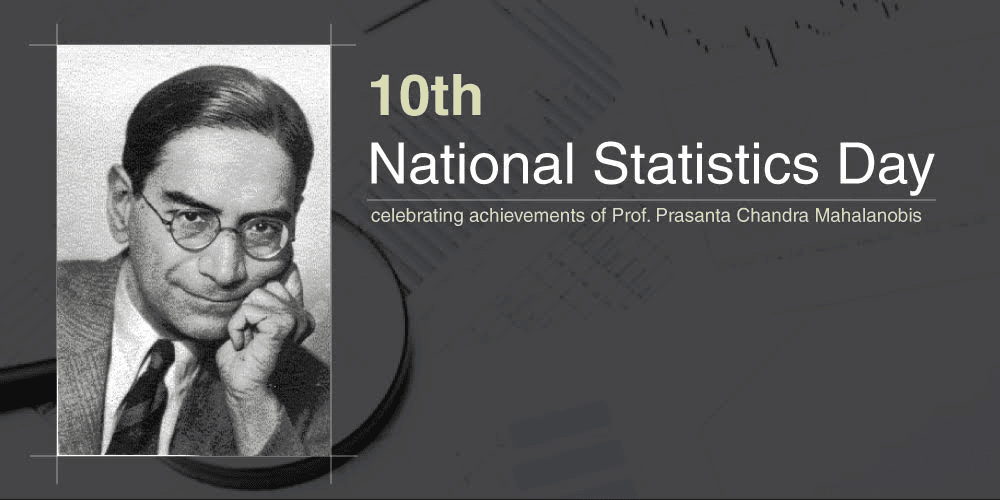 10 things adopting Bots can do to your Business On June 29, every year, National Statistics Day is celebrated to mark the birth anniversary of Prof. Prasanta Chandra Mahalanobis, a renowned and eminent statistician. The Government of India, in 2007 decided to acknowledge the outstanding contributions made by Prof. P.C. Mahalanobis in the fields of economic planning and statistical development and hence designated 29th June as the National Statistics Day to celebrate Prof. Mahalanobis’s birth anniversary.

The very first National Statistics Day was celebrated on 29th June, 2007 and this year 29th June 2016, marks its 10th anniversary. The 10th National Statistics Day was celebrated nation-wide around the theme of ‘Agriculture and Farmers Welfare’. In a similar way, social development was the theme for the last year. Ministry of Statistics and Programme Implementation organized the main function at Vigyan Bhawan, New Delhi to celebrate this special day.

The main idea behind celebrating this day is create awareness among the people of India especially the youth of our country so that they draw inspiration from the works of Prof. Mahalanobis which clearly suggest that statistics plays a crucial role in socio-economic planning and policy formulation.

The man who has been the architect of the planning process in the country was born on 29 June 1893. A scientist and applied statistician, he innovated studies in the field of anthropometry (the scientific study of the measurements and proportions of the human body) in India. His best work being the Mahalanobis distance, a statistical measure.

As a member of planning commission, Prof. Mahalanobis came up with Two-sector Input-output model to be implemented during the Second Five Year Plan (1956-61), famously known as the Nehru-Mahalanobis model.

Also as founder of the Indian Statistical Institute, he was substantially involved in scientifically designing the surveys for large-scale sample. With the help of this, he set up the National Sample Survey with the aim to collect data on various aspects of socio-economic parameters of the country.

Such tools to collect statistical data of the country have been extremely useful to the government in taking informed decisions regarding policies which have an impact on the entire country’s population. Prof. P.C. Mahalanobis’s contribution to statistics has made this possible.

Turing Test: a key contribution to the field of Artificial Intelligence

10 things adopting Bots can do to your Business

MSc Mathematics Vs MSc Statistics: Which One To Choose For A Data Science Role