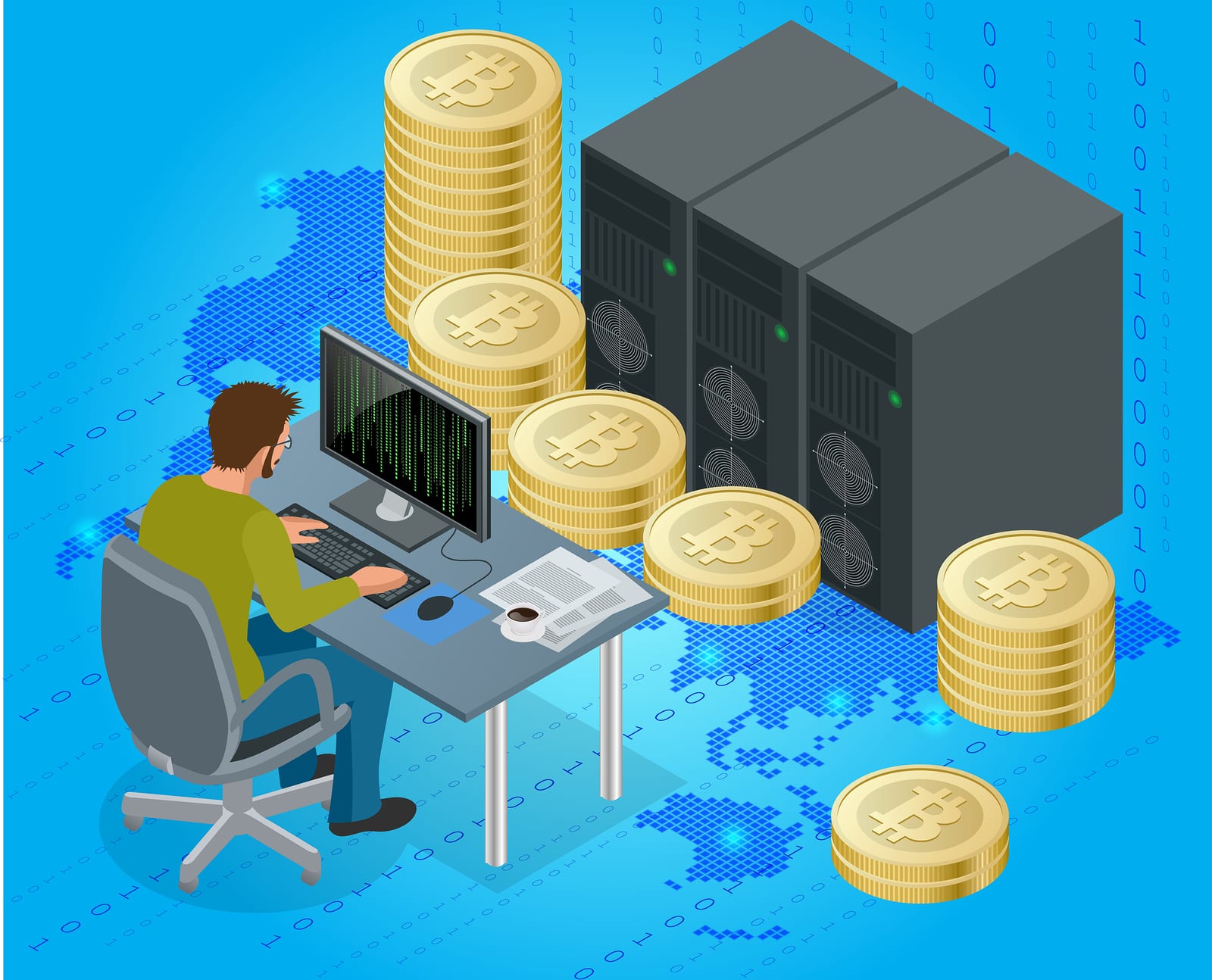 Though people might have some idea about Bitcoin, I still frequently notice people asking ‘Why was Bitcoin created?’. Well, to answer this question, I’ll have to give you a brief history about the banking system that existed at the time Bitcoin was created and the problems that surrounded the system.

Now, what do you do when you have money? Obvious answer – you store it or you spend it. You store it in your bank account and then you can spend it on whatever you wish later. But have you ever wondered what banks do with the money you deposit with them? Banks invest our money in various projects and they offer loans to people in need. But what happens when the banks lose the very money people trusted them to keep safe?

What happened during the financial crisis of 2008?

In early days, people did not earn much. And whatever they earned was stored in their house for safe keeping. When people started earning more money, they needed assurance that their money would be safe, as their homes could be broken into and robbed. Realizing the need for security, people started to turn to various banks to deposit their money. These banks also started attracting customers by offering various plans on their deposits.

Now, I am about to take you back to the financial crisis of 2008. What happened in the USA was that the banks had started to give out risky loans to people to attract new customers and consequently, banks had to face significant defaults on such loans. Due to the inability of the people to pay back the money, many banks collapsed and filed for bankruptcy. Parallel to giving out risky loans, the banks were using the people’s money to invest in various opportunities.

Some of these investments did not pay off and the banks lost all the money that the customers had trusted them to keep safe. Thus, many financial institutions went bankrupt. Noticing the widespread bankruptcy, the American Government tried to save some financial institutions from bankruptcy by bailing them out, so that they might be able to resume regular functions. Now, here’s the fun part – the banks lost the money that the customers deposited with them, leaving the customers no way of recovering back the amount.

Then the money offered by the Government to the banks was also the people’s money, which had been paid in taxes. The actions of the American Government led to customer dissatisfaction across the entire country. Since the global economy is interconnected, the events that took place in the USA also affected the world, bringing the world’s economy to a standstill. The financial crisis also brought out the problems associated with having to store your money with a central authority.

How do the actions of your Government affect your money?

A government of a country spends money for the development of its country. The Government receives money from the various types of taxes the people pay. Now, what happens in most of the cases is that the expenditure of the Government exceeds its income. To deal with it, Governments ask the central bank of that country to print more money. This way, the Government tries to make more money available to the public. Another fact to note is that there is no fixed limit to the amount of money that a Government can print.

Now, these are just hypothetical terms, but the concept remains the same and the value of our money goes down whenever the Government spends more money than it earns. Because of this, we’re forced to work incessantly all our lives to earn money, so that the decrease in the value of money doesn’t affect us too much.

The core idea behind Bitcoin

After the Financial Crisis, people were demanding a currency that would not be controlled by a central authority. When the people put their trust in a bank, the bank had lost the customers’ money and as a firefighting measure, the Government printed more money, which in turn, reduced the value of money already in circulation in the country. Since there was no maximum limit placed on the amount of money that could be printed by the Government, there was always some unpredictability and uncertainty regarding the decrease in the value of people’s money.

Bitcoin solved this problem by fixing the maximum number of Bitcoins that could ever be in circulation and the rate at which new Bitcoins would be produced. The maximum number and the rate of production cannot go beyond the set limit because of the coding used in its design. Also, to ensure that no more Bitcoins would be produced, this code is made visible to everyone for easy verification.

This way, the value of each Bitcoin was dependent only on the supply and demand in the market and was free from all kinds of Government intervention like when the Government artificially alters the value of a currency for various reasons.

Now, whenever we make a transaction from our stored money, we are dependent on a third-party vendor (i.e. a bank) to verify and validate our transaction. There is no guarantee that the vendor won’t get greedy and make risky investments with our money, like what happened in the Financial Crisis of 2008. Bitcoin has eliminated the need for third party intermediaries by allowing users to directly transact with one another.

To store your Bitcoins, you simply need to create a Bitcoin account (called a Bitcoin Wallet) on your computer or your smartphone. This wallet acts less like a bank and more like your physical wallet. In this case, you are your own banker and the wallet cannot take decisions on its own as our traditional banks do. Although the wallets are maintained by various companies, the coding used in their design is made visible and accessible to anyone who wishes to review it. This assures the customers that their deposits would remain safe.

How to release new Bitcoins and who will receive them?

Since the total number of Bitcoins that could ever be produced was fixed, the next most important question was regarding the rate at which the new Bitcoins were to be released, along with the question of ownership of the newly created Bitcoins.

This was done to provide more incentives to early adopters and people who came to try out Bitcoin first. The initial rate of release was decided to be 50 Bitcoins every 10 minutes. This was decided randomly and it was also decided that this rate would get halved every 4 years (also chosen randomly). When you do the math, it adds up to a total of 21 million Bitcoins that would be in circulation by the year 2140.

Now that the rate of release of Bitcoins was decided, the next question was ‘Who will receive the newly created Bitcoins?’

Bitcoin has made this process extremely simple. All you need to do is run a software provided by the Bitcoin development team and run it. The people who offered their computers for this purpose were called ‘Miners’ and the process of recording transactions was called ‘Mining’. These ‘Miners’ were the ones who were awarded with the newly created Bitcoins. People who offered more computational powers i.e. more powerful computers were awarded with more Bitcoins.

This successfully solved the problem of Bitcoin distribution. Now that the miners started earning lots of Bitcoins, they eventually started to trade with it. Gradually, as Bitcoin gained popularity, it started being accepted by various merchants and transactions in Bitcoin became popular. Since the number of Bitcoins in circulation was growing slower as compared to the people who started using Bitcoin, its price started to increase.

Though Bitcoin started off at 0.0001 USD, the present value is 1248.94 USD (at the time of publishing the article). Bitcoin has a bright future ahead of it as its popularity and acceptance continue to grow. Merchants from various geographies and numerous industries are now starting to settle invoices in Bitcoin. Considering the complications it solved and the advantages it offered, it is also called ‘The next big thing after the Internet.’ 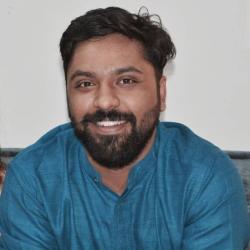 Sahil Baghla, started his entrepreneurial journey while he was still a student at IIT. Before Darwin Labs, Sahil co-founded two companies – Bluegape and Murmur out of which Bluegape was started as a college dorm room project and both the projects went on to raise multiple rounds of investments from 30+ investors. Sahil’s passion and belief in a decentralized world drive him to solve real world problems using the Blockchain technology.