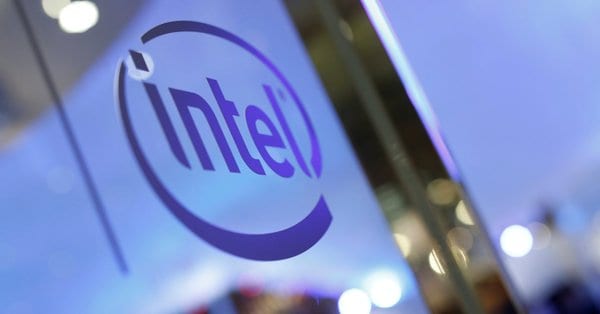 Semiconductors and artificial intelligence often go hand-in-hand. Leading enterprises, startups and even companies who don’t make chips have started manufacturing them for highly specific AI applications such as autonomous cars, virtual assistants and process automation. Now with several automotive companies and IT giants working toward getting self-driving cars on the road, semiconductor and automotive companies are extending their capabilities and crossing over to the chip or car market to develop their own self-driving cars, says a Frost research.

There is a crossover with non-chipmaker companies manufacturing specialised AI chips for specific applications and semiconductor players. For example, Intel capitalises billions of dollars in R&D programs every year to come up with more powerful chips which can influence the next generation of consumer electronics. “In fact, the semiconductor industry is closer to the deployment of the 5G technology than ever,” says an industry expert from Infiniti. According to another report, the global AI chipset market is expected to be worth $16.06 billion by 2022, growing at a CAGR of 62.9 percent between 2016 and 2022.

Reportedly, Apple wants to build a self-driving car, while Tesla wants to build its own customised AI hardware. As of now, automotive applications have emerged as one of the major markets for AI chips, given the huge size of the transportation market itself. AI chips will play a central role in the success of the self-driving cars so that the cars can adapt to their environment and make driving decisions within a fraction of a second, while keeping the safety factor into consideration. AI chips will have to compute heavy amounts of data captured by systems such as LiDAR and other pictures or videos. The chips are expected to house several core GPU processors, along with accelerator chips for deep learning and computer vision accelerators.

Rapid Transition In The Semiconductor Industry

So what’s in it for the semiconductor companies? With the next generation of AI technologies being incorporated into self-driving cars, autonomous drones, surgical robots, and smartphones, semiconductor companies are racing to meet the demands. Semiconductor chips consume a vast amount of power to perform such AI-intensive tasks. On the other hand, graphics chips, which were originally developed for gaming, are also being used for ML. The huge demand has also pushed the companies to work on smaller chips. According to a research report from Infiniti, Intel is not alone in the race to build smaller, 10nm chips, Taiwan Semiconductor Manufacturing (TSM) and Samsung have similar plans of building 7nm node which could compete with Intel’s 10nm node in the power front.

Semiconductor players like Intel and Samsung are looking for a larger play in the self-driving technology market. For example, Waymo and Intel have collaborated on self-driving car technology. According to an Intel press statement, Waymo’s newest vehicles, the self-driving Chrysler Pacifica hybrid minivans, feature Intel-based technologies for sensor processing, general computation and connectivity, enabling real-time decisions for full autonomy in city conditions. Intel is offering Waymo’s fleet of vehicles the advanced processing power required for level 4 and 5 autonomy.

Meanwhile, Samsung also made a big push in self-driving technology by setting up a $300 million fund and a special business unit for working on autonomous technology. Last year, the company also obtained a permit to test its cars in California. Also, the business unit is tasked with developing a top-to-bottom technological platform which automakers can integrate into their cars to run everything from infotainment to self-driving capabilities. Leading semiconductor companies are building automotive partnerships to power autonomous capabilities.

Not to forget leading players like Nvidia, now synonymous with developing autonomous technology, and Qualcomm, better known for powering smartphones. We have already written extensively on how Nvidia is one of the top-valued semiconductor stock and how Qualcomm too has joined the autonomous tech race. In fact, earlier last year, Qualcomm was reported to test its self-driving chipset in California. Nakul Duggal, vice president of Product Management for Automotive at Qualcomm, was quoted as saying that the company wants to expand in the autonomous space and play an active role in this area.The semiconductor industry is undergoing a technology shift towards AI and in this race, Intel and NVIDIA have emerged as key players.

The boom started with Nvidia foreseeing a demand for specialised chips which led and IT giants and start-ups investing heavily in the development of AI chips, AI software solutions and hardware products. Prominent players like Intel, Nvidia, Google are joined by a raft of leading names such as Amazon.com, Baidu and Alibaba, among others.