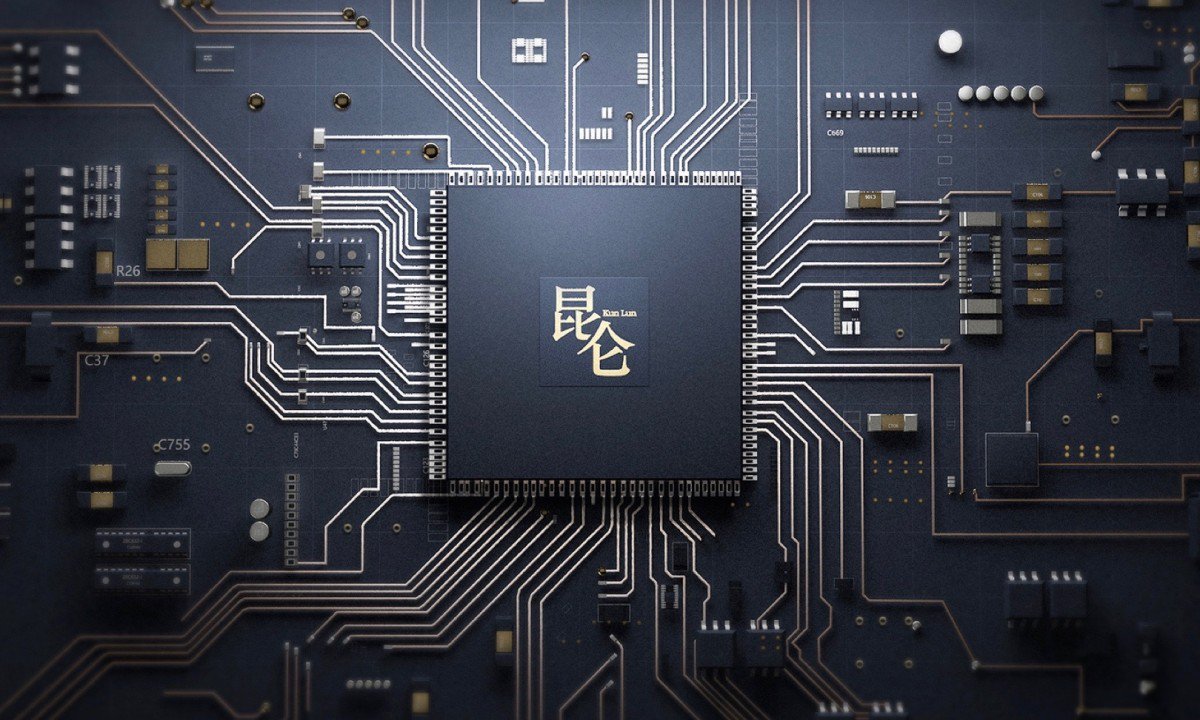 In what can be seen as China’s answer to NVIDIA, Google and Microsoft’s heft in artificial intelligence chip design, Baidu recently made an announcement about Kunlun processor for AI computations at its annual event Create 2018. The company press release indicated the processor is designed to perform edge computing on the device itself and cloud through data centres. Information about two models of chips has been released so far: 818-300 for training algorithms and 818-100 for outputting the result. Kunlun can be applied to both cloud and edge scenarios, such as data centres, public clouds and autonomous vehicles.

Kunlun is also China’ first cloud-to-edge AI chip which has a computational capacity 30 times faster than an FPGA-based accelerator. With edge devices, Baidu will use the chip to power self-driving cars. So why did Baidu feel the need to create “chip power”? Well, it wasn’t just to rival global AI-first companies like Google and NVIDIA but also support the wide variety of AI applications such as image recognition, autonomous driving, natural language processing, voice recognition, search ranking and large-scale recommendations. Interestingly, the chip can also support open source deep learning algorithms. According to the press release, the Chinese search giant had been working on an FPGA-based AI accelerator since 2011 and has now leveraged its vast expertise by releasing a cloud-to-edge AI chip to improve high processing demand.

And now thanks to its high processing power, Kunlun can be leveraged to provide both cloud and edge functionality, meaning it can be used in safety-critical scenarios such as in piloting of Baidu’s self-driving bus, Apolong. The company plans to continue to iterate upon this chip, developing it progressively to enable the expansion of an open AI ecosystem. According to a Nanalyze report, AI hardware is a relatively budding industry in China. So far no company, big or small, has made any serious breakthroughs in the hardware market. The report further indicates that NVIDIA is the gold standard for AI computing since Chinese startups and leading companies lack the expertise and talent. Another key point is that Chinese supercomputers will likely continue to use NVIDIA hardware and new smartphones will host Chinese chips.

Unlike the tech giants Google, NVIDIA, Intel or AMD, who have embraced an open source culture, Baidu did not reveal any details about its chip architecture. However, the company said that the chip supports its PaddlePaddle AI framework as well as “common open source deep learning algorithms.” Tech analysts who attended the event claim that the processor looks more powerful than Google TPU’s second-generation chip. However, there were a lot of questions since there was no mention of support for software frameworks, a report in the Electronic Engineering Times reveals.

Now, the key belief is that this is Baidu’s attempt to get overcome their chip dependence with a specialized chip for carrying out training and inference tasks. Baidu’s AI chip Kunlun is also believed to be the most powerful. Some of its specifications include 100+ watts of power which provides 260Tops performance. This is not just an attempt to rival with NVIDIA that signed a deal last year to provide its new range of GPU chips for China’s BAT trinity but also compete with companies such as SambaNova and Wave Computing that are making waves in the Chinese market.

The AI frenzy and excitement in China is apparent with the country making rapid advances in AI hardware. Baidu forayed into hardware last year with its smart speaker service known as Duer in conjunction with OEM partners. One of the key takeaways from this year’s Create 2018 is that Baidu wants to project to the West the progress in bringing its AI products to the market. While a lot had been known about Baidu research, there were few offerings in terms of tangible products and services and this year’s annual conferences touted the company’s upgrade to its conversational AI platform DuerOS 3.0 that powers over 90 million devices. The chip release marks Baidu’s foray into the semiconductor industry, not a strength for Chinese tech companies and shows how Chinese tech giants are widening their product portfolio by following in the footsteps of their Western counterparts.

Why Are Some Languages Harder To Learn For AI?