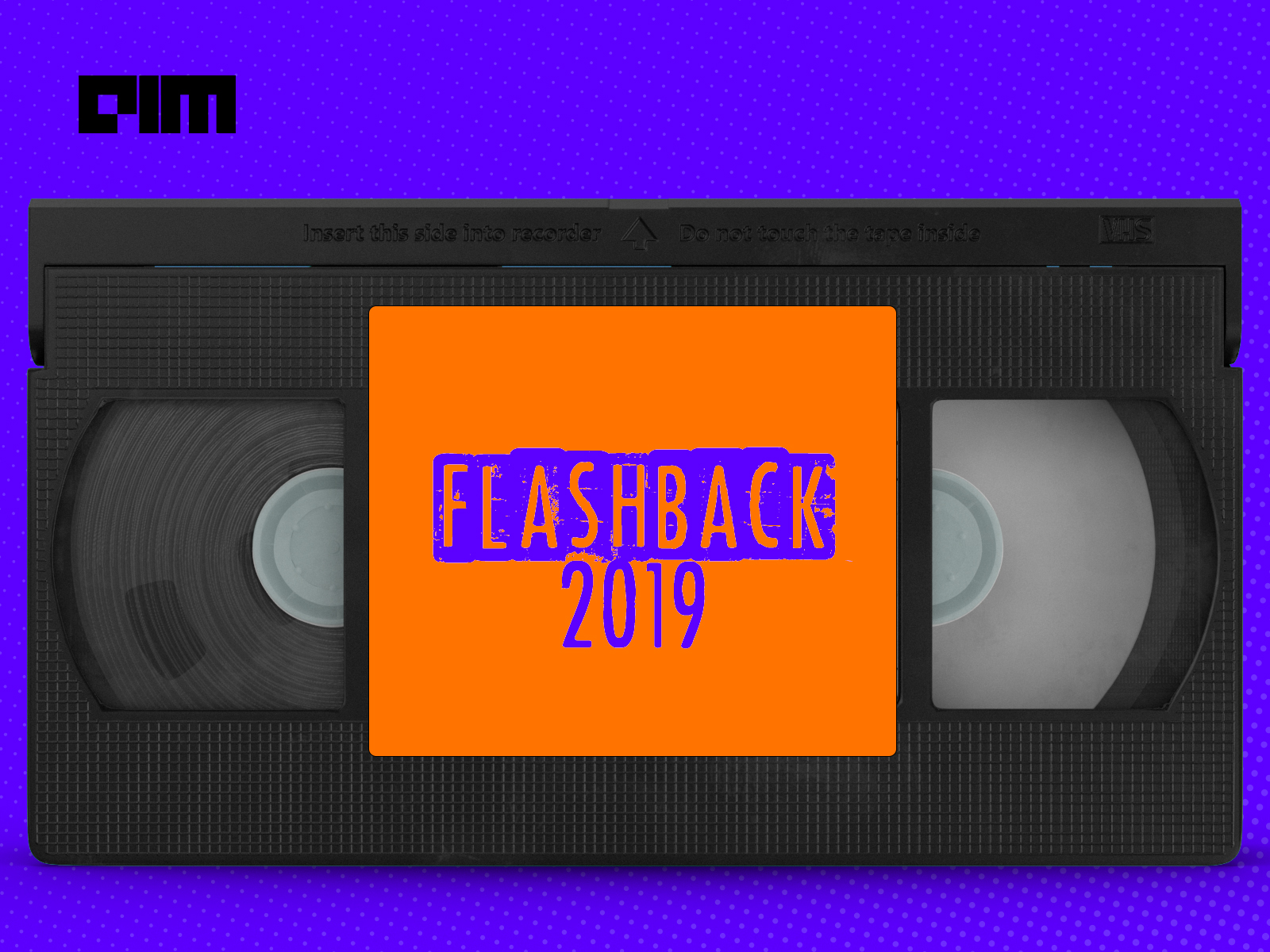 Riding the emerging tech wave and flooded with new funding, many Indian companies, startups and unicorns have seen great investments coming their way. The year 2019 saw many startups budding into thriving business houses, thanks to their investors.

In this article, we list down the top funding announcements made by companies in India in 2019:

WayCool, a Chennai-based farm product delivery startup raised  ₹120 crore in both equity and debt from LGT, a Europe-based prominent angel investor and institutional lender. The objective of this funding round is to further expand their footprint and enter the Western market.

Fractal Analytics raises funds and may be valued at $400 million. Apax Partners was in talks to pick up a majority stake making it one of the biggest shareholders in the analytics company. It is one of the most well-funded AI and analytics service providers in India. The investment from Apax is in the line of backing cutting-edge technology companies.

Groww, a data science-based investment platform raised $6.2 million in Series A round of funding from Sequoia Capital. Y Combinator, Propel Venture Partners and Kauffman Fellows also participated in the round. The funds will be used to build its technology platform to scale up and introduce new investment options such as stocks as well to launch newer products.

Aureus Analytics raised $750,000 as closing investment from Connecticut Innovations, a US-based venture capital arm. The investment is part of a total fundraiser of $3.1 million and the company was selected as an early winner of VentureClash. It will be used by Aureus Analytics to drive growth, geographic expansion in the North American market and scale-up their technological and product development.

NIRAMAI Health Analytix raised $6 mn in Series A funding led by Dream Incubator, a Japanese VC firm. The funding also saw participation from BEENEXT and other investors like Binny Bansal, Co-founder, Flipkart, pi Ventures, Axilor Ventures and Ankur Capital. It will be used for scaling its operations in India, hiring top talent and getting additional regulatory approvals for international expansion.

Bangalore-based investment tech startup Smallcase raised $8 million in a Series A round of funding led by Sequoia India. Investors who participated in the funding round included Straddle Capital, Blume Ventures, Beenext Pte Ltd, WEH Ventures and DSP Adiko. They will use the funding amount to build a platform to enable retail brokerages to more products to their client base.

Dunzo was funded by Cognizant’s co-founder and former CEO Lakshmi Narayan where it raised $3.1 million in total from their Series C funding. The Bengaluru-based app got big names such as Narayanan, Blume Ventures, Raintree Family Office (family office of the stationary giant Camlin), and Monika Garware Modi, vice chairperson and joint MD at polyester film manufacturing company Garware Polyester, as its backers.

FourKites raised $50 million in Series A funding to expand their India team. It included Silicon Valley-based investors such as August Capital, Bain Capital Ventures, CEAS Investments and Hyde Park Angels. The company hopes to add another 200 employees in Chennai and another 150 in their US office.

Singapore-based Tookitaki grabbed US$7.5m in Series A funding round. This funding round was led by Illuminate Financial, and existing investors who participated were Jungle Ventures, Enterprise Singapore, Supply Chain Angels, VWX Capital and senior banking executives.

Frontdesk AI, a Palo Alto and Bengaluru based startup that develops AI assistants for small businesses, raised funding from Pi Ventures. The startup raised an additional $2 million in funding, bringing its total seed funding to $4.2 million. The funding will be used to accelerate product development, increase customer acquisition and investigate new vertical markets.

Neewee, a Bengaluru-based startup that works with data-centric predictive and IoT solutions, raised $4 million (₹27 crore) in their Series A funding. IIFL Asset Management Ltd purchased a minority stake in this round. Neewee’s flagship product Bodhee help manufacturing companies digitise their systems and processes in six weeks to personalise manufacturing.

Vue. ai, an Indian-US startup that develops artificial intelligence platforms to help online retailers work more efficiently and sell more, raised $17 million in a Series B funding. This round was led by Falcon Edge Capital, with participation from existing investors Sequoia and Global Brains (KDDI Japan).

Altizon Inc, a global industrial IIoT platform company announced series A+ funding round of $7 million. This round was led by TVS Motor Company (Singapore) Pvt. Limited, the Singapore-based subsidiary of TVS Motor Company along with The Hive, Wipro Ventures, and Lumis Partners, among others. It plans to use the funds to strengthen its international presence and continue its investments in IP development.

TheMathCompany announced that they had received funding from venture capitalist Arihant Patni in his personal capacity. With the new funding, TheMathCompany will build next-generation platforms and enhance the customer experience.

Locus, a logistics optimisation startup secured $22 million in a funding round led by Falcon Edge Capital and its peer firm, Tiger Global along with its existing investors. The industry’s growth will be mainly fuelled by the strides in manufacturing retail, fast-moving consumer goods including e-commerce sectors.

Wysa, an AI conversational agent that help improve mental health, raised about $2m in a pre-Series A round of funding. This funding round was led by pi Ventures, with participation from Kae Capital and other investors. The founders aim to use this funding amount to further strengthen their technology and for expansion.

Open, a startup focused on neo-banking, recently announced that they raised ₹210 crores ($30 million) in a second round of funding. The Series B round, led by Tiger Global Management, saw the funds being set aside for scaling, launching more products and value-added services.

Mahindra and Mahindra, one of the biggest conglomerates in India, recently purchased an 11.25% stake in a Switzerland-based agri-tech company, Gamaya for a total of ₹30 crore. Mahindra’s foray into AI-based agronomy solutions could begin an age of using ML for smarter and more sustainable farming practices.

Data democratisation startup Atlan secured a Series A funding for $2.5 million led by WaterBridge Ventures. Atlan has also been backed by Ratan Tata, Rajan Anandan, Manoj Menon and Hatcher, among others. Atlan intends to improve their product development and sign more customers.

Aishwarya Rai along with her mother Vrinda KR made their debut as an angel investor and invested INR 50 Lakh each in Ambee, a Bengaluru-based environmental intelligence startup. It has also raised funding from Venture Catalysts, Amit Agarwal in December 2018.

Resonance raised an undisclosed angel funding from IP Ventures. It intends to use the funds raised in the hiring of more engineers and the expansion of its sales footprint in international markets.

H2O.ai announced that it has secured $72.5 million in a Series D round, bringing the total funding to $147 million. Since its founding in 2012, H2O.ai has been on a mission to democratize AI for everyone. With this new round of investment, the company plans to accelerate innovation and expand sales and marketing globally.

vPhrase Analytics secured a Series A funding for $2 million from Bharat Innovation Fund and Falcon Edge Capital. It will use funding amount to launch their new product Explorazor and hire more experienced staff to guide them along.

Lendingkart Technologies Private Limited, raised a fresh equity round of INR ₹21 crore led by existing investors including Fullerton Financial Holdings Pte Ltd, Bertelsmann India Investments and India Quotient. The company will use it to reach small and underserved micro-enterprises and further strengthen its technological and analytics capabilities.

DataRobot raised approximately $200M in a Series E funding round in the ballpark led by Sapphire Ventures. Company will use it to advance the development of its automated machine learning and AI software.

Spyne, an AI-based SaaS startup that helps creative professionals such as photographers has raised seed funding led by Smile group and other angel investors. The company is already on a high growth path. It has signed up more than 700 photographers in the last 10 months.

ThoughtSpot closed its $248 million in funding at a valuation of $1.95 billion in an oversubscribed round, bringing the company’s total funding to $554 million. It will continue to invest in its go-to-market teams in North America, EMEA, and APAC to meet growing demand, expand R&D efforts, including hiring for its engineering and product teams

Noted explainable AI engine startup Fiddler Labs announced that they have raised $10.2 million in Series A funding to accelerate their work in building breakthrough artificial intelligence engine with explainability at its heart. Lightspeed Venture Partners and Lux Capital led this round, with participation from Haystack Ventures and Bloomberg Beta.

Darwinbox concluded a new round of funding, closing at a whopping $15 million. This round was led by Sequoia India and existing investors Lightspeed India Partners, Endiya Partners, and 3one4 Capital. It plans to expand across India and Southeast Asia and build out an ecosystem of integrated third-party solutions providers on its platform.

Aquaconnect announced having raised a seed round of $1.1 million from Omnivore and HATCH. An AI-enabled platform, Aquaconnect integrates Asia’s leading network for aquaculture farmers with predictive SaaS tools for farm management and an omnichannel marketplace.

InMobi raised $45 million for its new locked screen news app Glance, its first B2C product ever. The funding came from noted firm Mithril Capital. Glance is an artificial intelligence-driven, personalised content platform that works on the lock screens of smartphones.

Fireflies.ai announced having raised $5M seed round led by Canaan and other individual investors. the startup intends to use the funding amount to scale-up their engineering in Hyderabad and Bengaluru, bring in more machine learning solutions, add additional language support and expand its customer base in India

Central Government is reportedly set to fund 100 startups to use its artificial intelligence-powered language platform. This platform, which will be used for translation services in numerous languages, will be opened for private use to allow both MNCs and startups alike for their language translation needs.

Bangalore startup Vahan.ai raised an undisclosed amount of funding from Khosla Ventures, Founders Fund and Pioneer Fund. With Vahan.ai, job seekers can land a job within 24 hours and can help in effective onboarding of these employees in high volumes.

Automation Anywhere announced that it has received $290 million in Series B funding at a post-money valuation of $6.8 billion. The new capital will help Automation Anywhere accelerate its vision to empower customers to automate end-to-end business processes – bridging the gap between the front and back office with an artificial intelligence-powered intelligent automation platform.

Paytm announced that it is planning to invest ₹500 crore in early startups who have capabilities to augment the digital ecosystem for the next wave of growth. The company will be focusing on artificial intelligence-based technology and big data solutions for new innovations which in turn will generate a workforce.

Accel India raised $550 million for its 6th fund to put resources into early-stage startup companies in India. Accel said it will concentrate on its core areas of interest: consumer tech, B2B (business-to-business) tech , programming and software, fintech and health tech.

Observe.ai concluded its Series A round of funding, closing at a whopping $26 million. This round was led by Scale Venture Partners with participation from Steadview Capital, 01 Advisors, and their other existing investors.
m.Paani, a Mumbai-based start-up secures $5.5 million in Series A funding, backed by previous Pre-Series A investors like Blume Ventures and formerly IDG Ventures, Chiratae Ventures. It endorses the ‘Kiranas’ and their intervention has benefited thousands of local retailers.