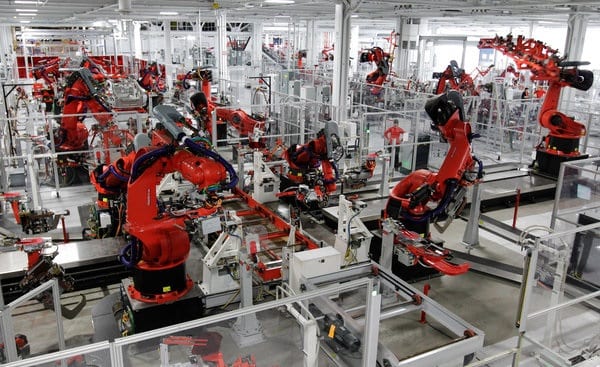 Moravec’s Paradox is named after AI researcher Hans Moravec who authored a paper in the 1980s which theorised that low-end tasks require more complex computational power to be automated. In the current context, his theory is coming to fruition with leading IT giants like Amazon and Google; or Microsoft’s virtual assistants understanding speech and solving queries. Ramkumar Balasubramanian, science associate director at Accenture observed in a post that while it is easier to program a task done by high-end database administrators, it is difficult to replicate the task of a service desk agent. Moravec, who is also an adjunct professor at Carnegie Mellon University, said, “It is comparatively easy to make computers exhibit adult level performance on intelligence tests or playing checkers, and difficult or impossible to give them the skills of a one-year-old when it comes to perception and mobility.”

The recent AI developments have underscored Moravec’s research with AI making staggering progress in narrow applications such as beating reigning champion in Go, self-driving cars, virtual assistants and more. Research from Tractica shows that narrow AI techniques, used to solve specific problems, will dominate AI applications in the next 10 years, accounting for 99.5 percent of AI revenue.

There is a section of researchers who argue that Moravec’s paradox talks about a future where machines will automate high-end jobs which require a special set of skills, while humans will play second fiddle to robot chiefs. Another section of people believe that it means that AI will always require a human element in the loop and instead of replacing people, professionals will use AI to improve those skills which aren’t as highly-developed by nature. Another school of thought is that researchers have spent a considerable amount of time developing high-level skills instead of focusing on low-level skills. They believe that Moravec’s Paradox is certainly true and given the recent spate of developments in AI and robotics, breakthroughs in deep learning and computational power and this in part is also responsible for panic-inducing theories such as “robots hollow out middle-end jobs”.

How Moravec’s Paradox Is Relevant Today

While the end goal, achieving artificial general intelligence remains elusive, UK-based economist Dhaval Joshi was cited as saying that Moravec’s paradox will have a big impact on the labour market. The theory can also lead to a scientific challenge, that if the fact that greater computational power can lead to human-level capabilities, robots will match and surpass the capacity of humans as computer-processing power increases.

At a time when processing power is increasing, and researchers are working on smaller and stronger chips that can increase computing power, it is yet to be seen whether this can match human-level accuracy. In terms of robotics development, Moravec’s Paradox gained traction, triggering news headlines that it could lead to widespread adoption of robots which could cause unemployment. According to the International Federation of Robotics, the total number of robots across the globe, in 2013 was about 1.6 million. However, the numbers have risen since then, with over 200,000 industrial robots being sold every year. From manufacturing to healthcare, caregiving, service industries and even banking, robots are triggering fears about mass unemployment.

Today Moravec’s Paradox has become synonymous with automation and unemployment. A Scientific American article authored by Moravec himself, emphasises that fourth-generation universal robots with a human-like 100 million MIPS will be able to abstract and generalise. He further notes that robot intelligence will surpass our human intelligence well before 2050 and will lead to a rise in mass-produced, fully educated robot scientists working alongside humans, thereby increasing efficiency and productivity.

As automation hollows out medium and high-level management, fears about loss of employment has gripped heads of nations which are grappling with the challenge of re-skilling a swathe of population to prevent job losses. Analysts believe that Moravec’s Paradox has come to typify fear of a jobless future with technological advancement changing the nature of work. Think tanks across the world — WEF, McKinsey Global Institute, Organization for Economic Co-operation & Development, among others, are publishing reports to find out how humans can or are maintaining an edge over automatons.

Contrary to Moravec’s Paradox, researcher and philosopher Michael Polanyi’s Paradox (named after him) argues that humans are likely to retain some advantages over machines for the foreseeable future. Economist David Autor believes that humans can overpower Moravec’s paradox and the technological optimism around AI, machine learning and robotics and still remain relevant. Polanyi’s Paradox propounded in the 1960s which forms the basis of the book The Tacit Dimension, argues that ‘tacit’ dimension which is crucial to human knowledge will separate mankind from robotics. The thesis of the book was famously summarised in the slogan ‘We can know more than we can tell’.