When AI Comes to Police’s Rescue

Indigenously developed by a Gurugram-based AI research startup, StaqU, the JARVIS-SIAN tool was launched in 2021 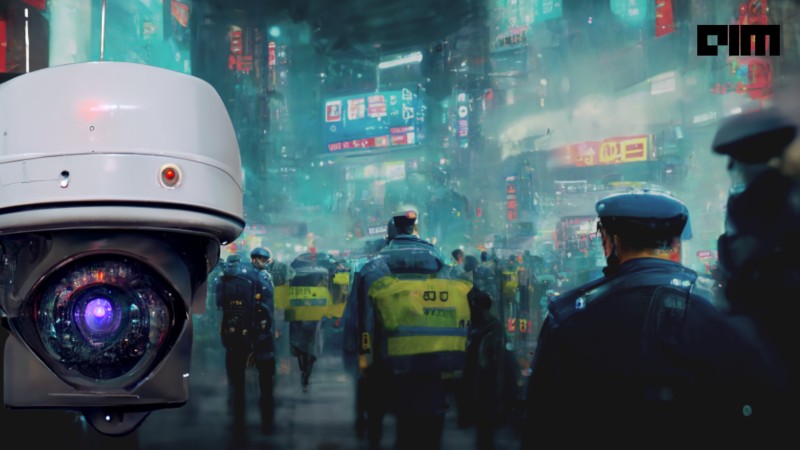 In the first week of September, the Uttar Pradesh STF was conferred with FICCI Smart Policing Award 2021, among more than 190 entries from 19 state police forces, four CAPFs and other central police forces. The STF branch of the UP police won it for their application of the JARVIS tool. Indigenously developed by a Gurugram-based AI research startup, StaqU, the JARVIS-SIAN tool was launched in 2021 by IPS Amitabh Yash.

In 2017, a grotesque case of murder shook the entire nation. A 55-year-old dairy farmer Pehlu Khan was killed by a mob of cow vigilantes on the Jaipur-Delhi National Highway upon suspicion of cow smuggling. The act was caught on camera, and like many, Rai too, was moved by the incident.

It was two years since he had started StaqU, but with this incident, he decided to work with authorities helping them with facial recognition technology to nab anti-social elements. Currently, the organisation works with nine police and security institutions and maintains a whopping 45 lakh criminal records.

Rooted primarily in deep learning, StaqU uses neural networks as the baseline for most of their products – Jarvis included. “We take data from CCTV cameras and perform AI-enabled video analytics on the footage collected. Our proprietary technology JARVIS is integrated into the cameras to identify and monitor untoward incidents.” Not just policing, StaqU’s products are used in retail setups too.

Instead of creating an API and becoming a SaaS company,  StaqU has built a single product – JARVIS. It is an audio-video analytics product which can be fed multimodal data for analysis. It is equipped with video management software and video analytics technologies. Talking about JARVIS, Rai said, “We have won more than 14 awards nationally and internationally. Recently, an award was conferred on the UP police for JARVIS for identifying cybercriminals by identifying their voice and matching it with the criminal record in the police database.”

We talk about data and policing, but there are always concerns about surveillance and privacy. Making his case, Rai said, “I would like to make it clear that our technology will not be applied in cases involving citizen-centric data. We undergo a full approval process to verify whether the data we care about are actually part of previously formed criminal data. Otherwise, the product is pretty straightforward with simple UI and UX for easy use even by people who are not from a technical background.”

In 2021, StaqU had announced joining hands with Bihar State Election Commission to automate vote-counting for the ongoing Bihar Panchayat polls. The company claimed that JARVIS would be able to count votes directly from the camera by monitoring the EVM screens at the counting centres.

What the future holds

Our company has about 70 people, and 80% of them are engaged in tech roles. “We have people from the research side and technology side in the cloud. And of course, when you talk about the product, you also have to work on the UI-UX side,” Rai said. He also added that the focus now is to expand the business side.

“We follow the same procedure that pretty much every startup follows – first develop the product and then build the business side of it. Right now, our product is stable; we would now like to advance and expand our business,” he explained.

When AIM asked him about how the recent funds raised would be utilised, Rai said, “We’re using it to further extensive research and, of course, hiring more people on the research side. Moreover, our business team would be expanded, as we would now like to move to the international market. We have already started with the Middle-East and Australian markets,” he signed off.