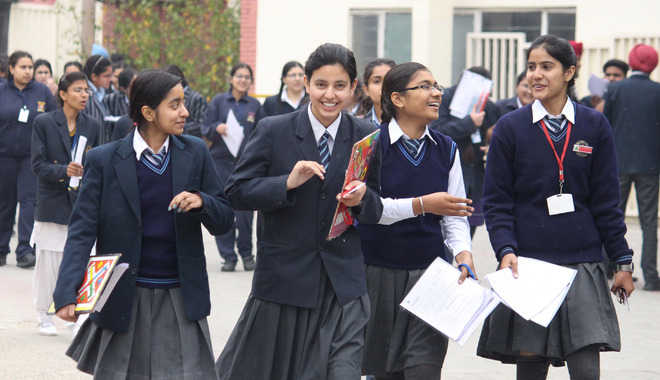 Owing to the relevance of AI and other emerging tech-related skills in the market and with demand for more AI jobs, Central Board of Secondary Education (CBSE) in January took the initial steps to offer AI as an optional subject for students from class 8, 9 and 10.

CBSE has been mulling the adoption of new age technologies like AI and data science into their academics since the beginning of this year.

On March 9, acting upon this plan, the board made the historic decision to include the AI as one of the optional sixth subjects for students in class IX from the next academic year. AI, which is introduced as a Skill subject for IX can be continued to the next grade and is totalled at 100 with marks distributed equally between theoretical and practical test.

According to the board, the move is to make India’s next generation AI ready and sensitise the students regarding the role of emerging tech like AI and ML.

“As a beginning in this direction, CBSE is introducing Artificial Intelligence as an optional 6th subject at Class IX from the Session 2019-2020 onwards,” the board said in a press statement.

“To enhance the multidisciplinary approach in teaching learning and also to sensitize the new generation, it was decided that School may start AI “Inspire module” of 12 hours at Class VIII itself,” it added.

Further, it stated that the skill subject will be offered as an additional sixth subject along with the existing five compulsory subjects at secondary level. It said that if any student fails in any one of the three elective subjects (i.e. Science, Mathematics and Social Science), then it will be replaced by the Skill subject (offered as a 6th subject) and the result of Class X will be computed based on best five subjects.

“However, if a candidate desires to reappear in the failed subject, s/he may appear along with the compartment examination,” it said in a press statement.

Why is AI important at present?

According to an AIM Study, the analytics market in India is growing at 33.5% CAGR but close to 4000 jobs related to AI and ML remain unfilled due to dearth of talent.

Even though there are many job openings across the country, one of the biggest challenges that recruiters face is finding the right skill sets. The study also points out that of the major institutes offering data science and other AI-related courses, 16% of all the graduates come from just 10 majors institutes, with the two the premium institute among the list being IIM Calcutta and Bengaluru.

Speaking about the challenges faced by recruiters in hiring people with AI-skill set and the role of educational institutions in producing these talents, Shanthi Sundar, Senior Director and head of Human Resources, India at Pegasystems says, “The education system sets linear objectives, to get marks. Our objectives need to broaden. At the university level, there are very few varsities who have specialisations in AI. You have a lot of unrecognised institutes offering a lot of these courses, and we don’t know the quality of the candidates coming out.”

Pointing out to the example of China, which is already dominating the AI space, she says that the Chinese government is doing considerable work to train their student at school level to be job ready, “China is a good example, as they are beginning to impart AI basics or tiering modules right in the primary curriculum in schools. It gives exposure to children well in advance and helps create an analytical mindset. Our government can take a leaf out of its book by cultivating an AI-oriented mindset, right from the grassroots of the education system to start bridging the gap,” she adds.

Why CBSE’s move is a welcome change?

Under CBSE, there are  20,299 schools in India and 220 schools in 25 other countries affiliated to it. By introducing  AI at school level, the government can ensure that scores of students who are to enter future workforce have prior knowledge about the technology and can be job ready.

Further, CBSE has laid out strict rules for the schools and has mentioned that only schools with skilled-teachers in the field and requisite infrastructure can offer the subject. If the schools meet these criteria, it can offer the course from class VIII onwards, it said.

It also added that the board will provide necessary support and guidance towards training and capacity building of teachers for the successful implementation of all Skill subjects from time to time.

This will also ensure that the students are taught from the best-qualified and rightly instructed about the subjects.