10 Great Indian Statisticians of all times

When we talk about statistics and related field, we come across various important theoretical and practical implications in the field being widely used. And we often wonder where they came from? Who brought statistics to a stage that we see today?

Here we bring the 10 greatest statistics giants of all times from India (listed in alphabetical order), who have brought statistics to a stage where we see it today. To give a treat to your knowledge and bring inspiration to the table, read as below: 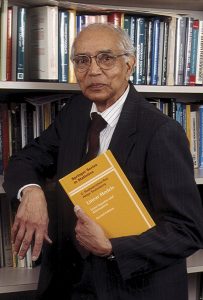 Currently serving as the Professor Emeritus at Penn State University &Research Professor at the University at Buffalo, he has various honours and accolades under his belt. Being described as a living legend by the American Statistical Association, his work has influenced not just statistics but various other fields like economics, genetics, demography, biometry, medicine and more.

After having completed M.A in mathematics at the Andhra University, he did his M.A in statistics from Calcutta University. He worked at the Indian Statistical Institute for 40 years after which he moved to USA to take teaching at University of Pittsburgh and Pennsylvania State University.

Having worked in the area of multivariate analysis, combinatorial design, statistical genetics, statistical inference and linear models, he is a big inspiration for those planning to dive into the field of statistics. 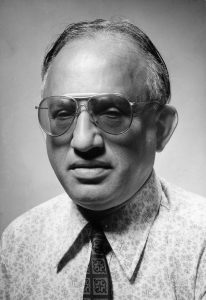 A key contributor to the foundations of statistics, Debabrata Basu was India’s leading mathematician and statistician. Working in the direction of development of survey sampling, his theories formed a strong basis of a complete sufficient statistic.

As a part of his association with the Indian Statistical Institute and Florida State University, he invented simple examples to deal with the complexities of statistics. Born to a mathematician father specialising in number theory, Basu studied mathematics at Dacca University, now in Bangladesh.

Opting a course in Statistics as a part of the undergraduate honours programme, he joined the Indian Statistical Institute as a research scholar under C.R. Rao. His work was greatly influenced by Abraham Wald, who had developed a decision-theoretic foundation for statistics in which Bayesian statistics was a central part. Being an ardent Bayesian, many of his foundation papers, pointed out the deficiencies in Neyman–Pearsonian and the Fisherian methods. 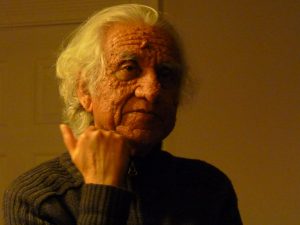 His most famous works include “Bahadur–Ghosh–Kiefer representation” along with R. R. Bahadur & Jack Kiefer and the “Ghosh–Pratt identity” researched along with John W. Pratt. A pioneer in the field of statistical genetics, survival analysis, asymptotics, high dimensional data analysis, modeling and model selection, he started his research career in the early 1960s.

With various accolades under his name, he has also been felicitated with Padma Shri in 2014 for his excellence in the field of Science and Engineering. 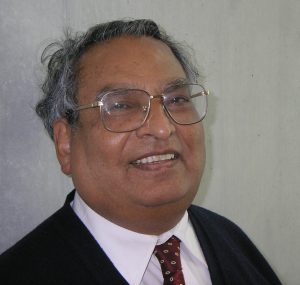 To raise the standards of Statistics at a global level, he has initiated exchange programs between Leeds and other centres across the globe such as the University of Granada, Spain and the Indian Statistical Institute, Calcutta.

He has also penned down several books and conference proceedings. 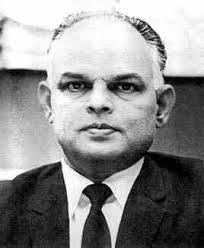 He is famous for his work on multivariate analysis and probability distribution and was the best known statisticians of his time. Having studied at the University of Travancore in Trivandrum, he graduated in 1941 followed by Master’s Degree in 1945.

After having a stint at teaching in University of Kerala, he went to US and obtained his PhD in statistics from the University of North Carolina in 1954. 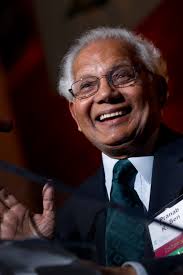 With a physician grandfather, he initially had an inclination towards studying medicine and began his undergraduate studies at Presidency College, only to opt for B.S due to his young age. It was followed by M.Sc. in 1957 and a Ph.D. in 1962.

His most famous works include invention of the Hodges–Lehmann estimator independently and along with Hodges and Lehmann. He has also authored & co-authored various books on non-parametric statistics. He has been the joint editor-in-chief of the Journal of Statistical Planning and Inference and was also the founding co-editor of journals, Sequential Analysis and Statistics and Decisions. 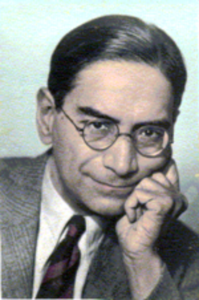 The man behind National Statistics Day celebration, Prasanta Chandra Mahalanobis has an interesting history of how he got introduced to the field of statistics. A pioneer in statistical field in India, he is best remembered for his work on anthropometry, measurement of human individual and for introducing Mahalanobis distance, a statistical measure.

Back in 1913 when he was set to study B.Sc. at the University of London, destiny took him to Cambridge and ended up completing graduation at King’s College. Being introduced to the world of Biometrika, he got fascinated by it deeply which led him to explore statistics with much detail.

As a founder of the Indian Statistical Institute, he contributed to the design of large-scale sample surveys and introduced the concept of pilot surveys.

His variant of Wassily Leontief’s Input-output model, the Mahalanobis model, intended towards rapid industrialisation of India was adopted in the Second Five Year Plan. 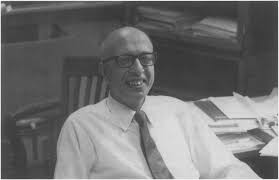 Considered to be the architects of the modern theory of mathematical statistics, Raghu Raj Bahadur was born in Delhi and received his BA and MA in mathematics from University of Delhi which was followed by doctorate from the University of North Carolina.

Having worked at the Indian Statistical Institute in Calcutta from 1956 to 1961, he spent the rest of his academic career in the University of Chicago. He has also been the President of the Institute of Mathematical Statistics from 1974-75 and was elected a Fellow of the American Academy of Arts and Sciences in 1986.

Amongst his best known work are “Bahadur Efficiency” and the Bahadur-Ghosh-Kiefer representation with J. K. Ghosh and Jack Kiefer. Along with Theodore Wilbur Anderson he has framed the Anderson–Bahadur algorithm.  It is a key in the field of statistics and engineering for solving binary classification problems. 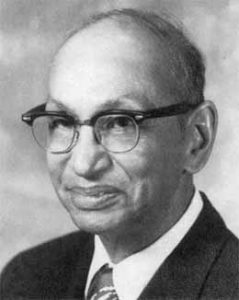 Despite facing serious personal crisis, Bose continued his studies and pursued M.A. in pure mathematics at the University of Calcutta. During his entire course of research, he has explored the notions of partial geometry, strongly regular graph, and started a systematic study of difference sets to construct symmetric block designs.

He was appointed the Director of Indian Statistical Institute by P. C. Mahalanobis in 1931, following which he joined the University of Calcutta in 1940 where he taught the likes of C. R. Rao and H. K. Nandi. 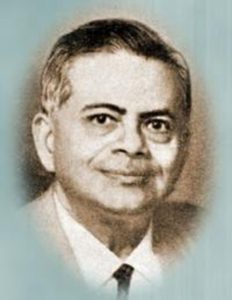 Born to a freedom fighter father, SN Roy is a well renowned name in the field of statistics. He was one of the early students of Mahalanobis and formed an active group of statisticians under his guidance.

His work on multivariate statistical analysis, mainly that of the Jacobians of complicated transformations for various exact distributions, rectangular coordinates and the Bartlett decomposition fetched him the most popularity in the field.

The educational qualifications enlist BSc Mathematics (Honours) from Presidency College followed by MSc in Applied Mathematics from the University of Calcutta.

After a stint as a visiting professor at Columbia University and University of North Carolina, he returned to India and became Head of Department of Statistics at the University of Calcutta. But he took back to US where he took up teaching as a full time profession.