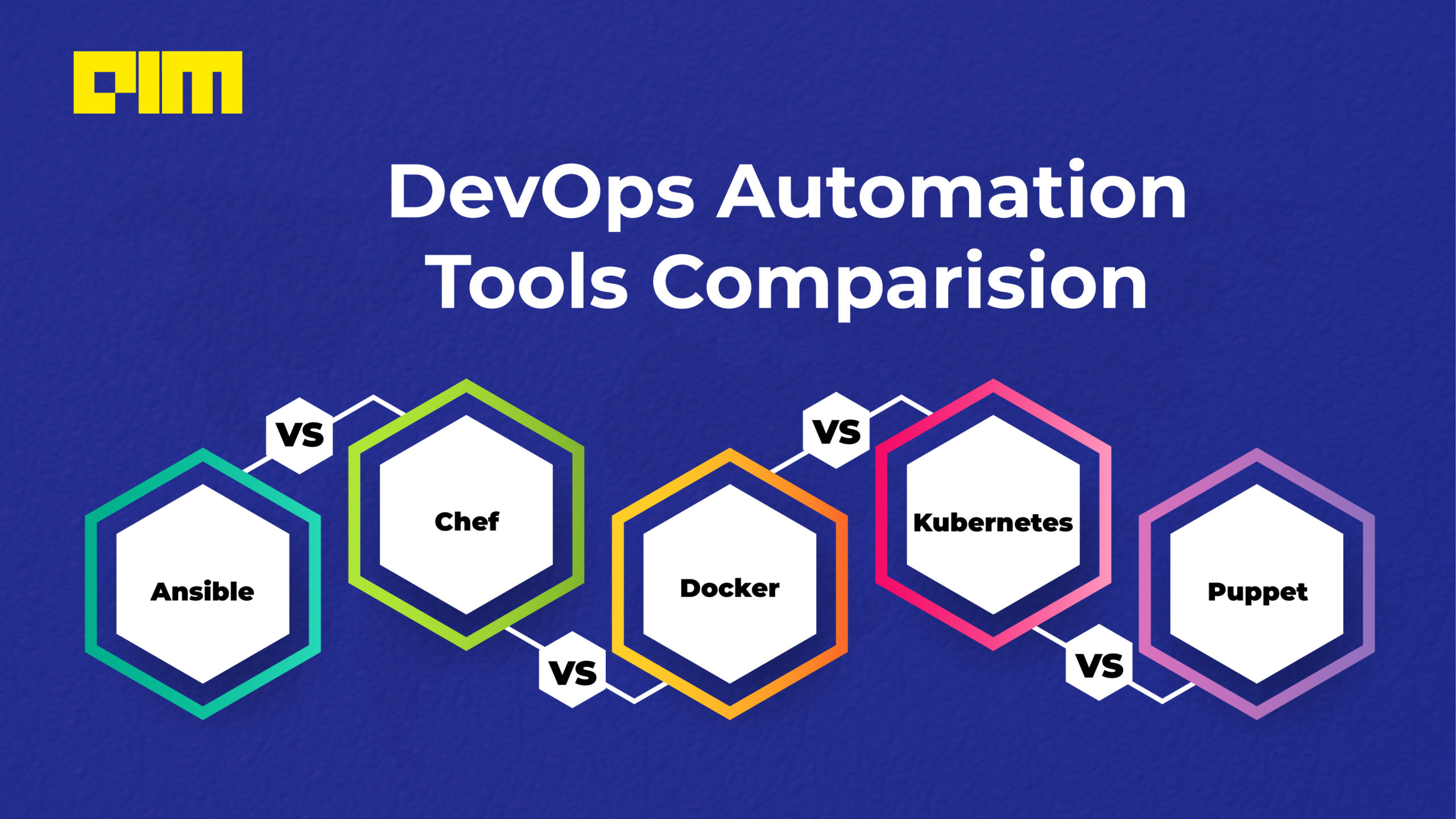 The use of DevOps tools has increased rapidly in recent times. This is because these tools are aimed to develop, integrate and provide a swift IT service delivery through improved communication between developers and operators. Be it a startup or a large enterprise, everyone is relying on DevOps tools to streamline their business operations.

DevOps tools have assisted organisations in remaining in line with the changing nature and requirements of the business with the increased use of virtual platforms and cloud computing. Some of the requirements to look are:

Using DevOps tools can help development and operation teams work closely to deliver applications and services swiftly. Since there are several DevOps automation tools in the market, what follows in this article is a comparison of five DevOps Tools – Ansible vs Chef vs Docker vs Kubernetes vs Puppet.

Powered by Red Hat, the tool can be used to control multi-tier complex deployment and boost productivity, along with enabling security management. The difference between Ansible and other tools like Puppet and Chef is that Ansible is only used for configuration deployment, and is considered much simpler compared to the rest.

A configuration management tool, Chef is known for delivering fast and flexible automation for web-scale IT. The tool uses recipes which are in the form of instructions to configure web-servers and load balancers. Written in Erlang and Ruby, as opposed to Python of Ansible, the tool is considered more complex from a development perspective. The configuration policy of Chef allows a user to define infrastructure as code, test configuration updates, and development infrastructure. Furthermore, Chef builds a pipeline of processes and is quite similar to Puppet.

The above two tools are automated configuration management tools, but Docker is not. Used to create, deploy, run, and manage applications within the containers, Docker is a software container technology platform. Built on Linux containers, unlike other tools, Docker provides the freedom to application and infrastructure developers to design virtual environments to provide a platform with enhanced innovation.

Docker is written in Go programming language and is lightweight since it does not require a hypervisor load and runs with the help of the host machine. Last but not the least, the modular design of Docker allows its users to build applications in the cloud as well as on-premise.

From tech giant Google, Kubernetes is an open-source tool that allows its users to deploy, maintain, and scale containerised applications with automation. While Docker enabled developers to build and run the software in a simple manner, Kubernetes allowed DevOps to streamline containers in clusters, along with effective monitoring ability. Although it is run on Go programming language, Kubernetes requires a lot of hard work when it comes to defining nodes and manual installation.

Being a larger project with more moving parts, Kubernetes is a complex system compared to others, but it enables users to execute commands and troubleshoot easily. Aimed for developers of modern applications, Kubernetes at present is maintained by Cloud Native Computing Foundation (CNCF).

A flexible, cross-platform and open-source DevOps tool, Puppet enables a development and operations team to deliver and operate software from anywhere in the world in a secure way. Written in Ruby-DSL language, Puppet can be tough to use for beginners and is more focused on operations without requiring much background development. Puppet enables a user to monitor the changes that take place in an application and immediately take a decision depending on the reports and alerts.