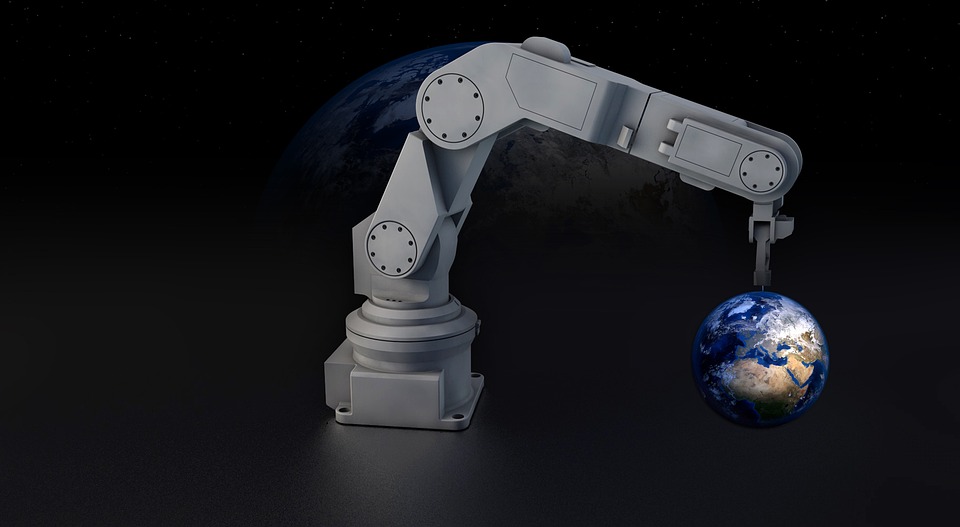 As artificial intelligence tilts the centre of gravity in world affairs towards rising power China, political and tech analysts are worrying about how this will reshape defence policies of the middle powers around the world. Much of the dialogue in the AI arms race is concentrated on the two countries right now, China and the US. Washington and Beijing are engaged in an intense tech arms race with the US responding to China’s ambition of fostering a $1 trillion AI industry by 2030 plan with increased investment in AI applications.

Between 2012 and 2017, $4.5 billion were poured in Chinese AI companies. The Asian superpower also saw its biggest AI venture deal in April for its facial recognition startup SenseTime. As a clarion call, Texas National Security Review outlined the risks for the US in a research report, which is now seen ceding ground to China.  In a strongly-worded statement, the think tank linked the US’s military superiority to that Great Britain’s Royal Navy that lost ground to other technological innovators. A report by the Center for a New American Security reveals that the US lacks a structured national strategy for AI.

As foreign policy leaders embrace AI-led development programmes to boost economy and competitiveness on a global scale, the tech development will shuffle the current world order with several contenders rising for middle power status. Countries like Canada, France, Germany, South Korea, Singapore, India and UAE, will rise on the global stage, thanks to their new newfound AI policy. How Middle Powers Are Ramping Up AI Competitiveness

Through public-private partnerships, continued investment and ambitious AI plans, middle powers are remaking themselves around AI by releasing Strategic Investment and Education policies to address the AI talent shortage. In the AI-led era where the labour-capital balance will shift towards automation, a strong STEM talent pool and human capital will help competing nations gain power on a global stage.

Canada: Canada has long positioned itself as a leader in AI space and the country is home to some of the best AI talent in the world. In 2016, the country announced over $1.3 billion funding for AI Research and Development. While Toronto has the highest concentration of AI startups in the world, Montreal leads in supplying AI talent. Canada has the biggest AI cluster in Montreal which is also home to MILA and IVADO popular deep learning labs. Now, Facebook has also opened its AI lab in there. South Korea: South Korea is a leader in consumer electronics innovation and home to global consumer brands such as Samsung, LG and Hyundai. They had recently announced their national AI plan about investing $2 billion by 2022 to strengthen its core R&D. As part of the programme, the country will also establish six new AI research institutes. To address AI talent gap, the national plan includes developing 1,370 AI talents by 2022, including 350 key researchers; and award 4,500 domestic AI scholarships. The country will also promote short-term projects with six-month intensive training courses to promote AI talents by 2021.

Germany: An industrial superpower, Germany is already in the group of advanced economies and is one of the earliest adopters of AI. Earlier in July, the Federal Government released a master plan for AI at the national level and position Germany as a leading global AI hub. Reportedly, the Federal government will focus on a major expansion of AI research in Germany by setting up competence centres for ML. These will be linked with existing research centres for AI and big data to create a national research consortium. The white paper posits future collaboration with other European partners such as France.

France: Just like its other European counterparts, France too jumped on the AI train with a $1.77 billion investment to speed up the development of its AI ecosystem. Also, this year saw Facebook opening another AI lab in Paris under the aegis of researcher Yann LeCun, now considered a national asset. In April, President Emmanuel Macron released the country’s AI strategy — a framework for all future AI activities and build France into an AI superpower.

Cybersecurity – The Hot Skill Of Tomorrow

According to the AI strategy, France will work towards strengthening and diversifying its AI programmes, provide financial incentives to startups and companies, triple its STEM workforce with training programmes, promote R&D and integrate AI in public policy. UAE: In 2017, UAE became the first country to appoint a Minister for AI to promote a broader uptake of AI in government. The appointment of HE Omar Bin Sultan Al Olama also came with the announcement of the world’s first AI strategy, which will help in making UAE a leader in AI research and strategy. The comprehensive AI strategy spans across sectors such as health, transport, technology, education, space, traffic, environment, water and renewable energy, and lays down plans to achieve the objectives of UAE Centennial 2071. The country is not only pioneering the use of AI applications but has also invested in training programmes, such as UAE AI Camp, an educational platform launched to develop critical AI skills among youth.

India: Indian think tank NITI Aayog has established a national programme to galvanise research and development of AI, build a talent pool and data infrastructure. The Indian government also doubled the allocation of budget for Digital India programme to ₹3,073 crore in 2018-19. Earlier this year, the 18-member AI Task Force led by V Kamakoti published a six-part recommendation that touched upon one of the most crucial aspects in AI growth. Industry expert Karthik Kadampully, co-founder and CEO, AEON Learning believes India already has a large pool of IT professionals who can be suitably tutored in emerging technologies.

Even though, India has seen substantive growth in AI startups and VC investment, the country needs to build a robust ecosystem of innovation talent like AI experts. The IT industry is already gearing up, with industry-wide efforts like NASSCOM’s Future Skills initiative to skill 2 million people in its first phase. World Economic Forum has similar plans, with its IT Skills Initiative to skill 1 million by 2021.

However, India trails behind AI superpowers in research papers published, patents filed for AI-related components and R&D. Also, the current dependencies on global products (such as Google Maps) powering local Indian companies will inhibit homegrown efforts. Mithun Srivatsa, co-founder and CEO, Blowhorn revealed in an earlier interview that NITI Aayog should focus on strategic stacks such as mapping, banking to boost homegrown companies and products.

What Are DPUs And Why Do We Need Them