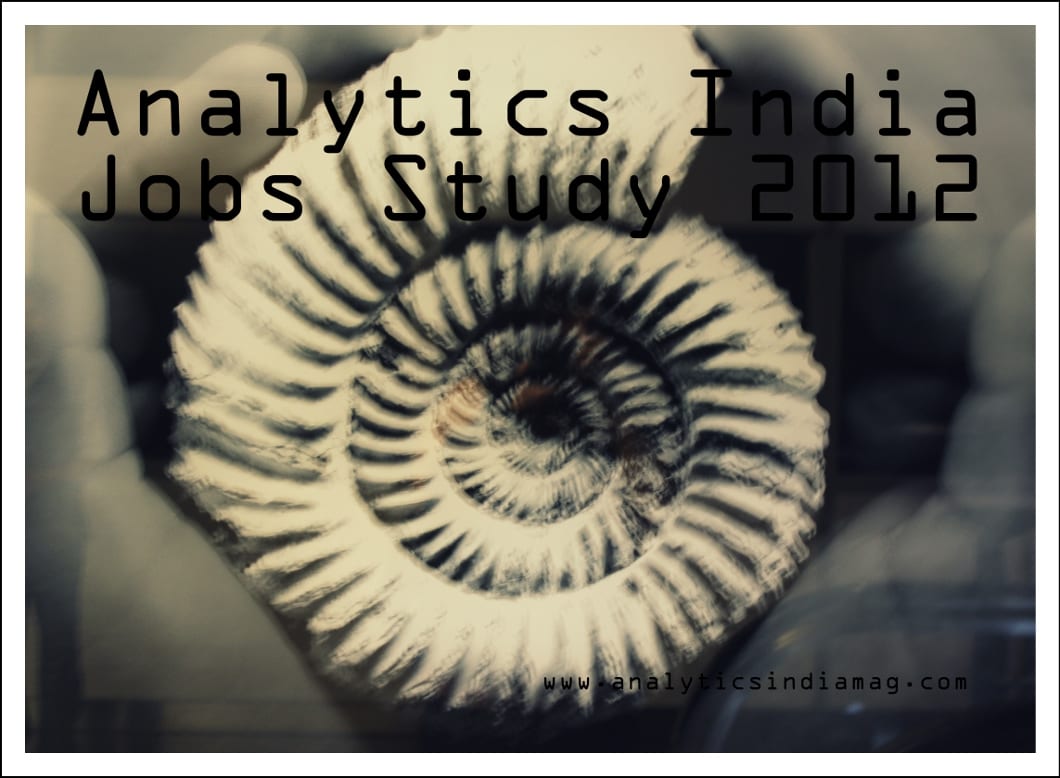 The global market for business analytics software has grown impressively in the last two years, fueled by pervasive hype about “big data” as well as new technological innovations. In India, despite persisting economic uncertainties and slowing growth in IT sector, analyst predicts that analytics will remain in demand.

To better understand the job potential in analytics area, Analytics India Magazine took up this study to appreciate the jobs created from the Indian analytics practice.

The average monthly growth rate in job postings for analytics in India stands at 11% for last 1 year. This is pretty exciting given that the job growth in other areas is cited to be slowing down.

After growing continuously in the second half of 2011, the job postings in analytics decreased slightly in the first quarter of 2012. New job openings picked up with full rigor in the month of May 2012 and June 2012. Months of January, May and June 2012 accounted for the most number of new job postings, each accounting for 13% of all jobs posted throughout the year.

The growth rate in jobs posting was highest in the month of May 2012, accounting for 55% growth month on month.

[pullquote align=”left”]Key Highlights of the Study

‘Manager’ is the most demanded designation in this survey, indicating a severe dearth of middle level talent in analytics space. 38% of all job openings in analytics were for the post of ‘Manager’, followed by 26% for ‘Analyst’ and 11% for ‘Consultant’.

Top layer talent, including ‘Director’ and ‘VP’ accounted for 12% of all job openings.

Bangalore was the largest location for all designation levels in terms of number of job postings for each. Similarly, Banking was the largest industry in terms of number of openings in analytics across all designation levels, except for Director, where CPG industry was having the most job openings in the role of Market Research.

For Manager post, Risk Analytics was the largest role offered and the rest of the designations were being offered for Financial Analytics as the biggest role.

‘Financial Analytics’ is the most demanded role in India (19%), followed by 14% for ‘Risk Analytics’ and 6% for ‘Marketing Analytics’. NCR takes the top slot for Risk Analytics, Consulting, Healthcare Analytics, Supply Chain Analytics, Telecom and HR Analytics. Mumbai posts the most jobs for Insurance Analytics. Rest of the roles goes to Bangalore as the largest location for number of job postings.

Modelling roles require a relatively lower experience level; the average work experience requested was 5 years with largest designation being Analyst. Highest experience level was for Healthcare Analytics for the post of Manager.

Banking industry commands an overwhelming 50% of all job postings in analytics, despite a slated slowdown in this industry. Banking was the first adopter of analytics capabilities and has fairly matured in its usage of analytics proficiencies. Thus, currently analytics is not just a strategic ‘good-to-have’ competency in this industry but a requisite skill for efficient execution.

Most of the jobs for Telecom came from Mumbai and in Healthcare industry the largest designation posted was that of Director with average 11 years of work experience.

For Infographics on this study, check this link.