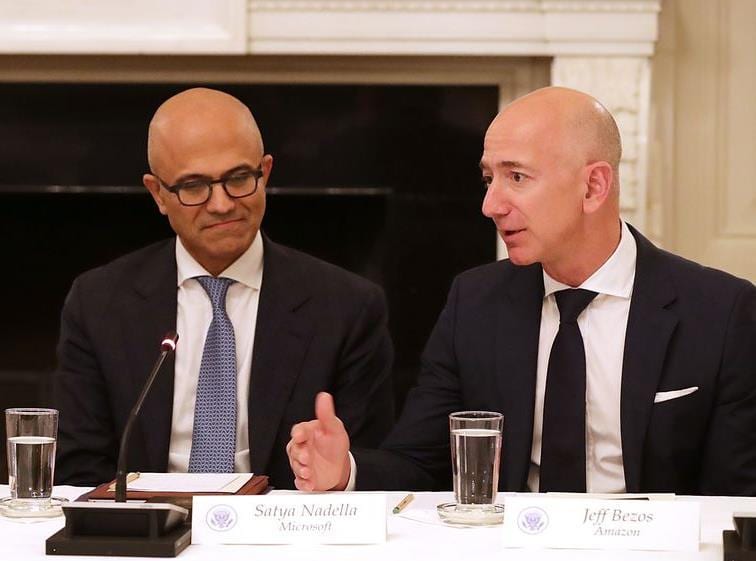 Such is the power of machine learning that two arch rivals, Amazon’s AWS and Microsoft have together announced Gluon, a new open source deep learning interface, which allows developers to more easily and quickly build machine learning models, without compromising performance, a release said.

Gluon is one of the big steps ahead in taking out some of the grunt work in developing AI systems by bringing together training algorithms and neural network models, two of the key components in a deep learning system.

“The potential of machine learning can only be realized if it is accessible to all developers. Today’s reality is that building and training machine learning models requires a great deal of heavy lifting and specialized expertise,” said Swami Sivasubramanian, VP of Amazon AI, in a statement. “We created the Gluon interface so building neural networks and training models can be as easy as building an app. We look forward to our collaboration with Microsoft on continuing to evolve the Gluon interface for developers interested in making machine learning easier to use.”

Gluon was developed by the two companies as an open-source project and is aimed at prototyping, building, training and deploying machine learning models for the cloud, devices at the edge and mobile apps, the companies said. Gluon is launching today and initially working with the deep learning engine Apache MXNet and Amazon said today that it will support Microsoft Cognitive Toolkit (CNTK), another deep learning engine, “in an upcoming release.”

Gluon will a clear, concise API for defining machine learning models using a collection of pre-built, optimized neural network components. Developers who are new to machine learning will find this interface more familiar to traditional code since machine learning models can be defined and manipulated just like any other data structure. More seasoned data scientists and researchers will value the ability to build prototypes quickly and utilize dynamic neural network graphs for entirely new model architectures, all without sacrificing training speed, the release stated.

This is not the first time the two have collaborated on AI initiatives. The two have worked together in the Cloud Native Computing Foundation. And last September, Amazon and Microsoft — along with Facebook, Google and IBM — announced the Partnership on AI to collaborate more on research and best practices in this newly emerging area.

Using Social Media For Predictive Data Analytics Is In Its Infancy