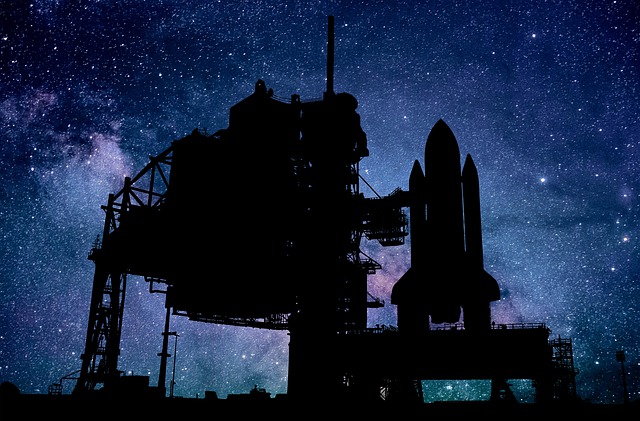 This year was great for public-private partnerships, especially in the space technology industry. Supported by the Indian government’s liberal policies, several private companies made inroads into this sector.

One of them is AWS, the cloud arm of Amazon, which has swiftly tapped on the multi-billion dollar opportunity with the announcement of a new business segment, ‘Aerospace and Satellite Solutions’ which will now be brought to India. This unit will overlook the innovations in the global aerospace and satellite industry.

Teresa Carlson, Vice President for Public Sector and Regulated Industries, AWS, said that the new business segment will help India in reimagine space system architectures and launch new initiatives to process the humongous amount of space, and will provide a secure, scalable, and cost-effective solution for government-sponsored missions and companies. Carlson also said that with India opening the space sector for private players and startups, AWS has placed the country on its priority list.

“We’ll be listening to ISRO (Indian Space Research Organisation) and our partners in India in terms of what we can provide them but from everything we know, they need a humongous data storage and to make sense of huge space datasets, they need edge computing and have to work on their virtual mission operations just like NASA is doing,” she elaborated further.

Notably, AWS already has a fully managed AWS Ground Station that provides satellite owners and operators with global access to their space workloads. This Ground Station is already being effectively used by NASA’s Jet Propulsion, among others.

With AWS Ground Station, users can upload satellite commands and data and can also quickly download a large amount of data using the high-speed AWS Ground Station Network and process it in the Amazon Cloud. It can help save 80 percent of the ground station costs by providing antenna access time on demand.

Speaking of the satellite industry, Carlson said that the world has graduated to a new and daring age in space, with new companies taking bold steps of launching more satellites and launching humans into the orbit, much more than seen before.

Casting a prediction for the future, she said that with low-latency internet, high-resolution, and IoT, in next five years, companies will launch thousands of new satellites which will provide sensing capabilities to customers around the world.

Finance minister Nirmala Sitharaman, in May this year, announced that a level-playing field will be provided to Indian private sector to emerge as ‘co-traveller’ in India’s space sector journey through support for building and launching satellites and also for developing other space-based services. She also added that private companies will be allowed to use ISRO’s facilities and other assets to add to their capabilities. Some of the front running space technology-based startups include Agnikul, Pixxel, Bellatrix Aerospace, and Vesta Space.

Currently, the government is working on a new launch vehicle policy and space exploration policy. Amends are also being introduced to the existing Satellite Communication Policy and Remote Sensing Data Policy to make them more transparent.

Supporting the government’s stance, ISRO chief K Sivan has also said that India’s share in the global space sector market, valued at $350 billion, is just 3 percent. According to him, the situation will not improve if ISRO continues to be the sole player.