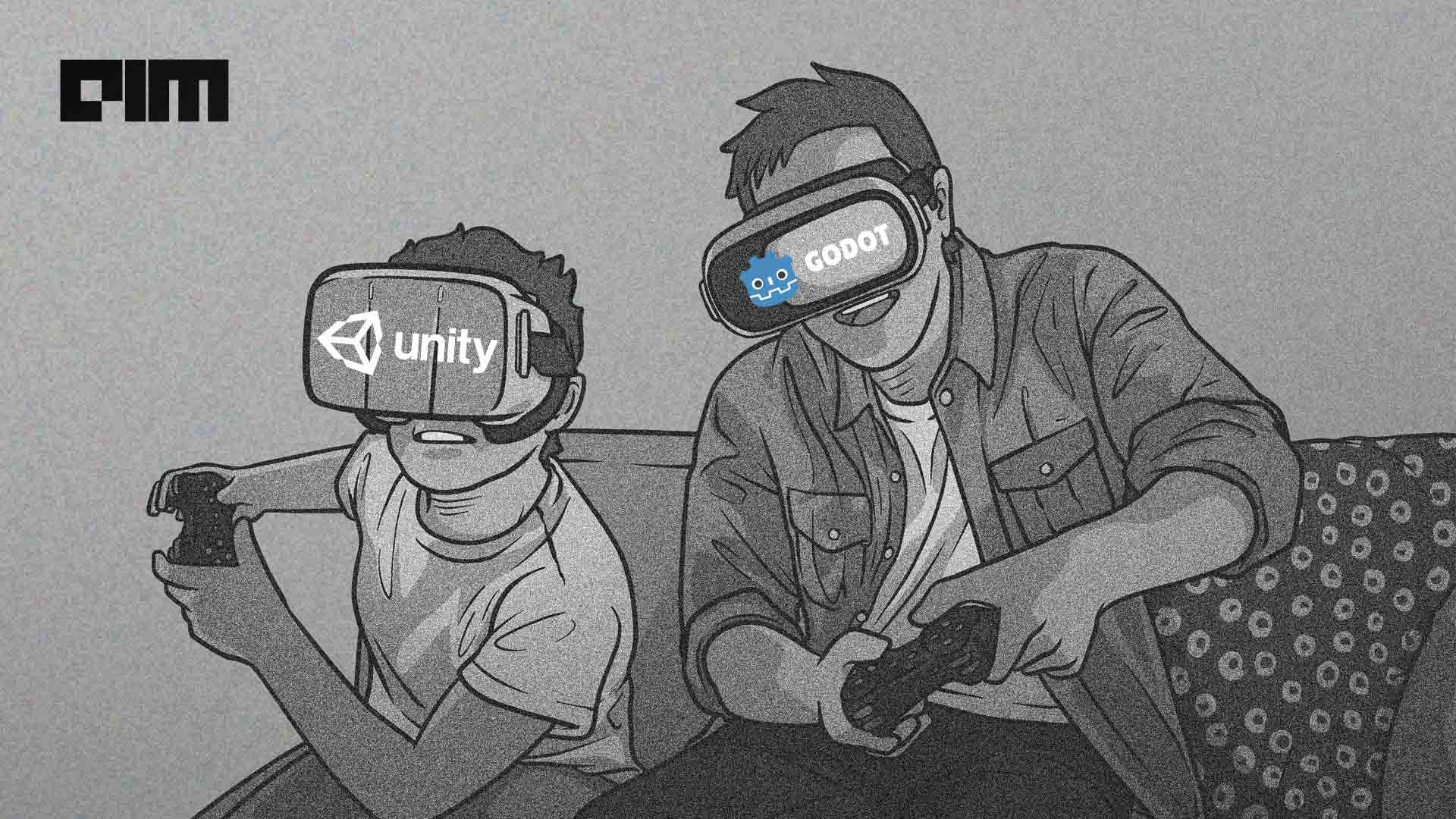 A gaming engine also referred to as a game framework or game architecture, is a software development environment for creating video games for different programming languages. These engines come with settings and configurations to simplify the video game development process. The engine consists of 2D or 3D graphics rendering engines, an AI system, a physics engine to simulate real-life actions, and an animation engine, among others.

While there are a variety of game engines available for game development – Godot and Unity are among the more popular ones. But which of the two is better?

Godot is a cross-functional, open-source, and free game engine released under an MIT license. It was developed in 2014 by Argentine software developers Juan Linietsky and Ariel Manzur, and runs on multiple operating systems like Linux, Microsoft Windows, and BSDs. Along with designing 2D and 3D games for PC, web, and mobile platforms, Godot can also be used to create editors and other non-game softwares. Godot’s architecture is built on the concept of nodes which are in turn organised inside ‘scenes’. Scenes are reusable, instanceable, and nestable groups of nodes.

Godot users can choose from a variety of programming languages to create games, including but not limited to GDScript, C++, and C#. GDScript is Godot’s built-in scripting language, which is syntactically similar to Python but optimised for Godot’s scene-based architecture. It helps in specifying strict typing of variables.

Furthermore, Godot has a GDNative facility for binding with other languages like C and C++. Other features of Godot include a flexible scene system, a visual editor with context-sensitive UI, persistent live editing, and the ability to create custom tools.

Developed by Unity Technologies, Unity is a cross platform game engine, which was first released in 2005 as a Mac OS X game engine. Over time, the game engine began supporting various desktop, mobile, console, and virtual reality platforms. It is more popular for iOS and Android mobile game development. The game engine can be used to create 3D, 2D, and other interactive simulations – apart from gaming, Unity has been adopted for other domains like film making, automotive, construction, engineering, and even the US Armed Forces. It offers primary scripting API in C# using Mono. Before, C#Unity supported Boo which was removed in Unity 5 in place of Boo-based implementation of JavaScript called UnityScript till 2017.

To begin with, among the two game engines, Godot is considered to be more beginner-friendly. While both bode well for users who may not be too familiar with game development experience, Godot offers a smoother entry point. This is because the Godot game engine is lightweight, smaller, and coding can be integrated into the editor without using a third-party IDE.

The node-based user interface makes Godot a great tool to create simple games, however, Unity is better suited for developing more complicated projects. For example, Unity offers better 3D graphics creation and rendering results which may be more useful if one wants to create a high-quality AAA game. While users can create great-looking games even with Godot, it takes more time to do so. That said, Godot’s team is working to combat this issue, especially pertaining to the 3D capabilities.

In terms of popularity, Unity wins hands down. It has been used to create some of the most famous and powerful games known today, a few examples are Among Us, Fall Guys: Ultimate Knockout, Pokemon Go, Rust, and Skylines, among others. Unity game engine gains brownie points for it makes it easier to create tiny games as well as larger games with more complex structures.

Unity also has a larger and more active user community base. It may also be because Unity was developed much earlier than Godot. Reason notwithstanding, Unity has gained the trust of the gaming community over the years – even new users find it easy to navigate through it due to the comprehensive learning material and guidance available.

Godot’s community is smaller but consists of passionate developers who are very active. They are continuously working to improve the platform.