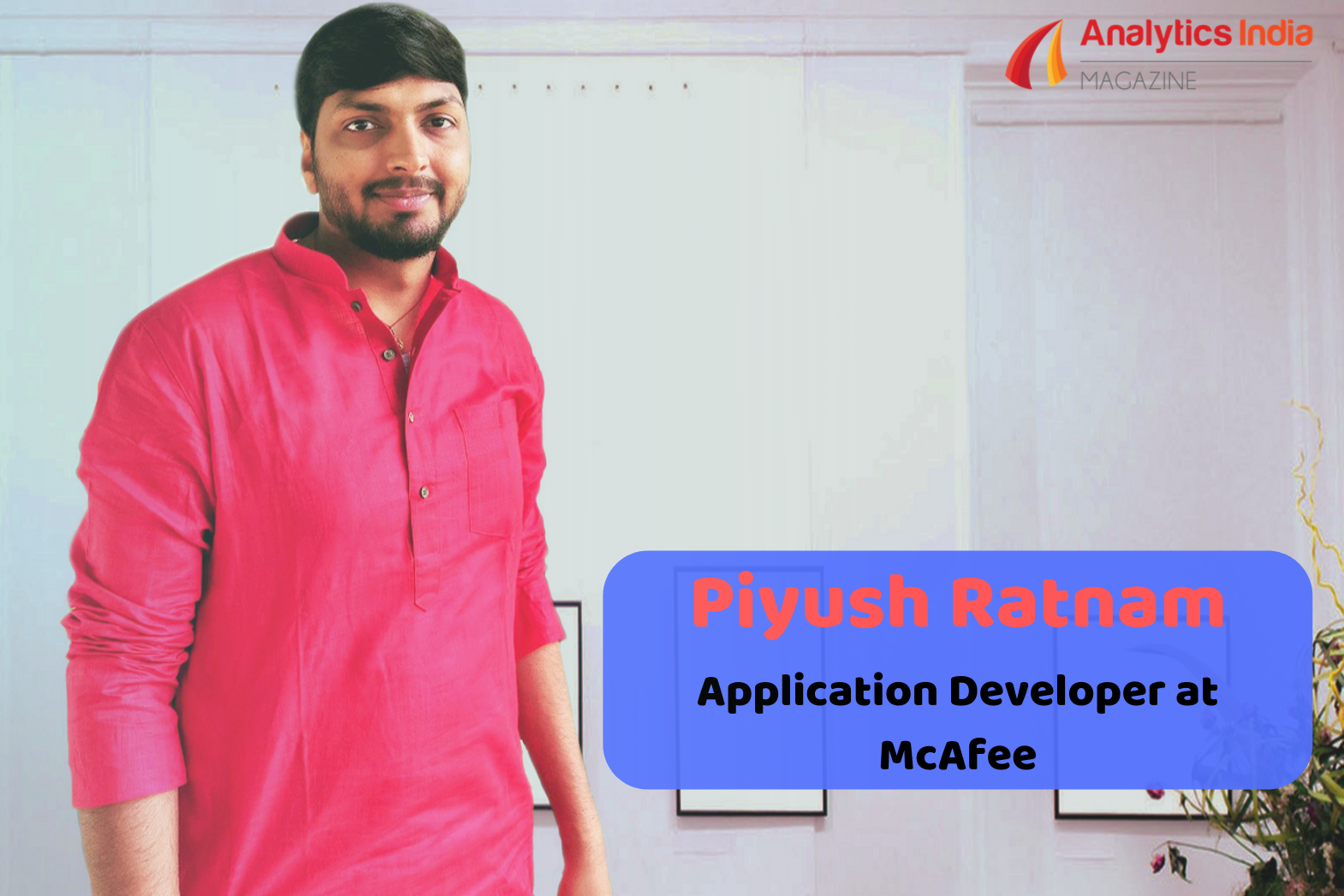 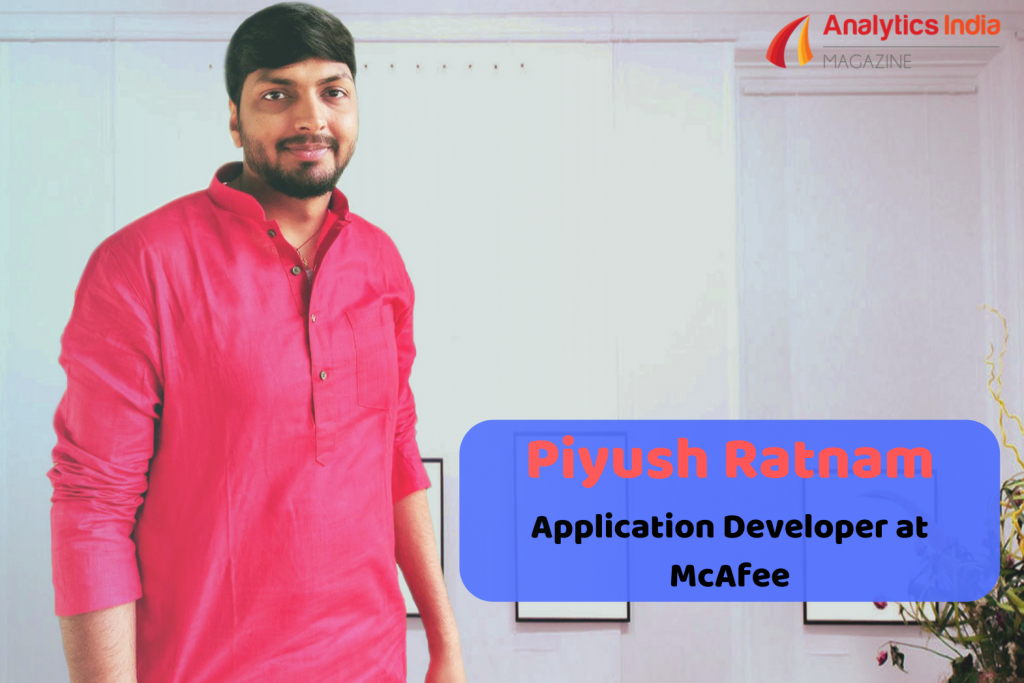 For our weekly developer column ‘Behind The Code’, we interact with the developer community in India and try to take a look at their journey till date — the way they work, and the tools they use. For this week, we got a chance to interact with Piyush Ratnam, an Application Developer at McAfee. Piyush gave us an insight into the RPA industry in India and how he is doing his part in this ever-growing industry.

A graduate with a bachelor’s degree in computer science and engineering, Piyush has always been passionate about programming and implementing logics. It all started when he first across Semantic Web and Semantic Search, technology which have roots in early Artificial Intelligence.

Ratnam started his career as an Automation Test Engineer, where he got the exposure to Selenium along with several other programming languages such as Java, JavaScript, C# and Python. Being a tech enthusiast, he has always been inquisitive and thoughtful about Robotics and Machine Learning. And to top his enthusiasm, he got the opportunity to work on Robotic Process Automation (RPA) in McAfee a year back.

With over 4 years of experience, currently, Ratnam is designated as Application Developer in McAfee. His primary role is to develop the bots for the users and to identify the key opportunity areas where it can inculcate the RPA to improve efficiency and productivity in the organisation. Along with that, his role is to maintain various automated dashboards which provide insights to the security groups and to the business.

When asked about the challenges he faced, Ratnam said that there weren’t much of challenges in learning RPA through modules. However, there were challenges when he started with the very first process of implementation, “we didn’t think of various scenarios and cases to be taken care of. And the major challenge was, we could not identify the limitations like access privileges and security concerns.”

But, keeping all the possibilities handled, Ratnam along with the team covered all the cases and got the right access and approvals. They created a run book and process flow charts to cover all the possibilities, thus they overcame and had the first reusable and optimised bot running in Production.

“I recently attended a conference where Microsoft along with Automation Anywhere came up with Auto Insurance Claim Process, and likewise there are many areas like Hypothecation Removal, Loan Approval etc.,” said Ratnam. Also, he said he data privacy and protection would be the major key areas which are expected to get stronger.

For example, the computer was developed to carry out calculations and simpler tasks programmatically and let humans not to worry about such tasks this doesn’t mean that it has taken their work and let them jobless. “We must understand there is always technological shift and advancement which results in great achievements. Automation is such shift which has made the work to go with ease and smooth for many of us, in fact, it has created lots of scopes and new job opportunities,” Ratnam added.

While Ratnam walked us through his journey in RPA, we ask him about his developer toolkit and the programming languages. Ratnam studied the basics of C, C++ during his school days, learnt Java programming during engineering and started his career as Java professional. Later, he then learnt C# as it was required during the Job. Further, when asked about the top coding languages, Ratnam said it is Python — as it is one of the most useful languages for ML and AI.

Talking about the toolkit, Ratnam has worked on various Selenium Automation projects and frameworks like Cucumber, RestAssured, RestSharp etc. But currently, he is working as an RPA developer using Automation Anywhere tools.

“Availability of tools like Automation Anywhere, UiPath, BluePrism etc.has made RPA implementation very easy,” said Ratnam. “These tools do not require much technical knowledge, they are easy to use, anyone can learn and implement RPA with e-Learnings, practice and hands-on.”

Moreover, Ratnam is learning Python Programming. Apart from it, he is also getting exposure to IQ bot.

Key To A Successful RPA Journey

Looking into the future, Ratnam would want to learn SAP Automation using RPA. “I would like to work on Machine Learning and Deep Learning concepts and would look forward to implementing Artificial Intelligence,” Ratnam concludes.