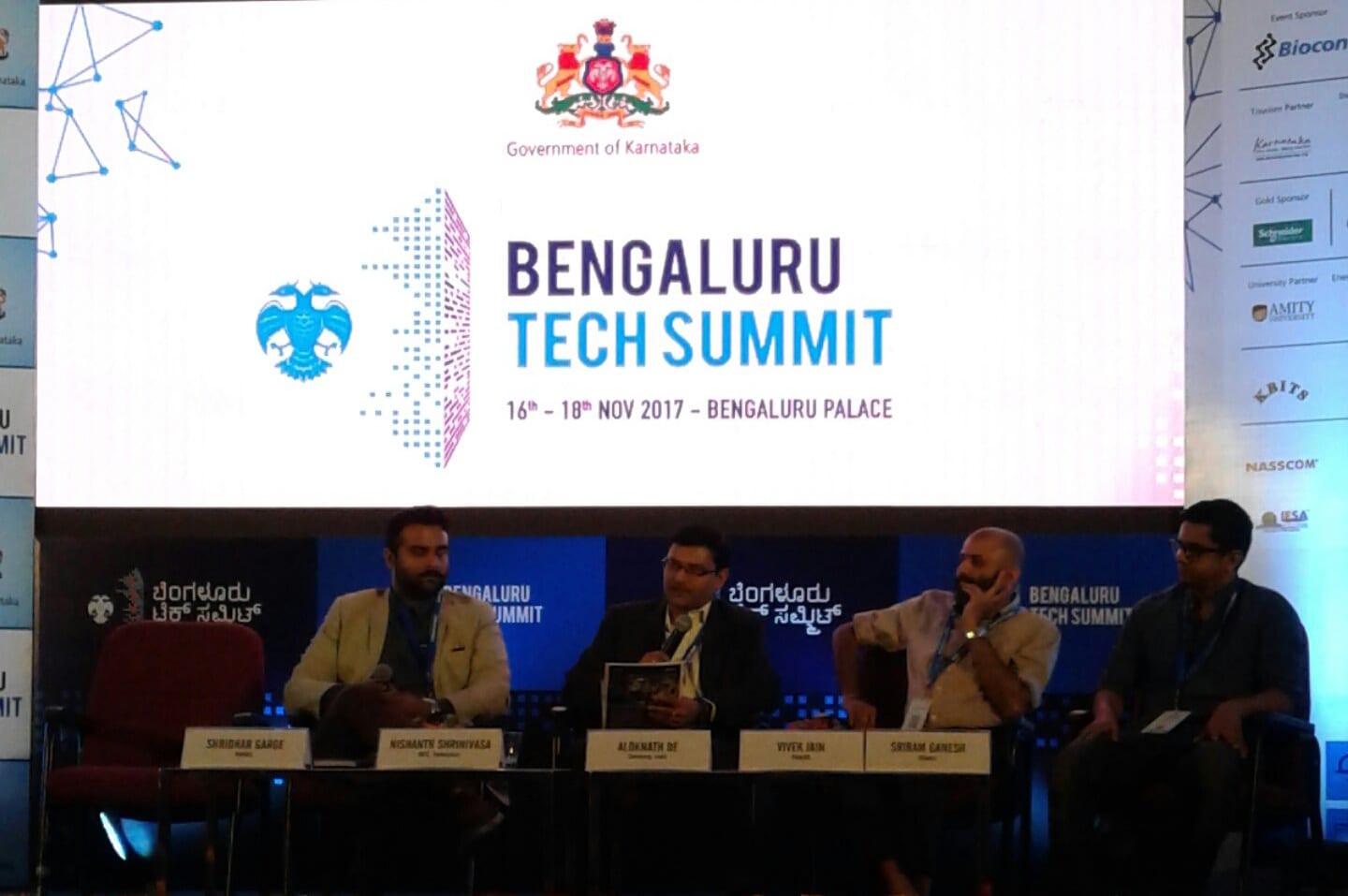 The animated discussion explored the definitions of augmented reality and virtual reality as well the differences between the two technologies. The panel also presented several use cases for both the technologies in their respective fields with panelists mulling on the use of VR and AR, beyond entertainment.

The panel discussion was a part of Bengaluru Tech Summit 2017, a three-day tech festival that brought together global innovators and tech enthusiasts on one platform.

Garge said, “We now have the technology to train robots that would be sent to Mars. Imagine, if we had to do it actually, the governments would have to spend out millions of dollars on it. But thanks to VR and AR, we can actually simulate the environment.”

The panel also focused on government initiatives to aid both augmented reality and virtual reality in creating more seamless and better user experiences as well as the challenges faced and the future of new technologies incorporated into this learning.

“Augmented reality and virtual reality is just a delivery mechanism to show content but enabling where and how you see the content is necessary,” Ganesh stressed. “You need contextual information to drive content. What we are seeing is a paradigm shift. As a developer you need to drive the user to make the right choices. We see context driving the user to the right UX and making him comfortable in his environment. We need technology to be inclusive and context helps that happen.”

The panelists agreed upon the fact that merging Artificial Intelligence with augmented and virtual reality would bring in the best results.

For example, the panelists discussed about a “silly” video game based on virtual reality which involved cutting open cadavers to inspect human organs being adopted by medical universities offering higher education.

“An idea which started off as a game is now being used by thousands of students to actually understand human body better. Access to cadavers is limited, but with the help of the new technology, a budding doctor can learn again and again and again!,” said Ganesh.

The highlight of the talk was the consensual vote by the entire panel that digital revolution is only possible by showing the right content in the right context. Technology is constantly being innovated on and the audience was eager to know what the future holds for augmented and virtual realities. The panel satisfied this curiosity with several user case scenarios of augmented and virtual reality being used in the military, medical, scientific and academic fields.

When asked about why the number of individuals purchasing VR accessories for entertainment is dipping, De said, “The technology is still in process. For a while now, people have been complaining of nausea, headaches when they used VR sets for a longer time. There’s extensive research going on the subject and we’re sure that the coming 12 months are going to bring in great new experiences for the users.”

Is It Too Early To Crown Nvidia The King of AI Hardware?