Data Analytics According To A Political Campaigner

As the usage of AI and data analytics in Indian politics grows, we made the decision to learn more about how campaign managers operate behind the scenes. 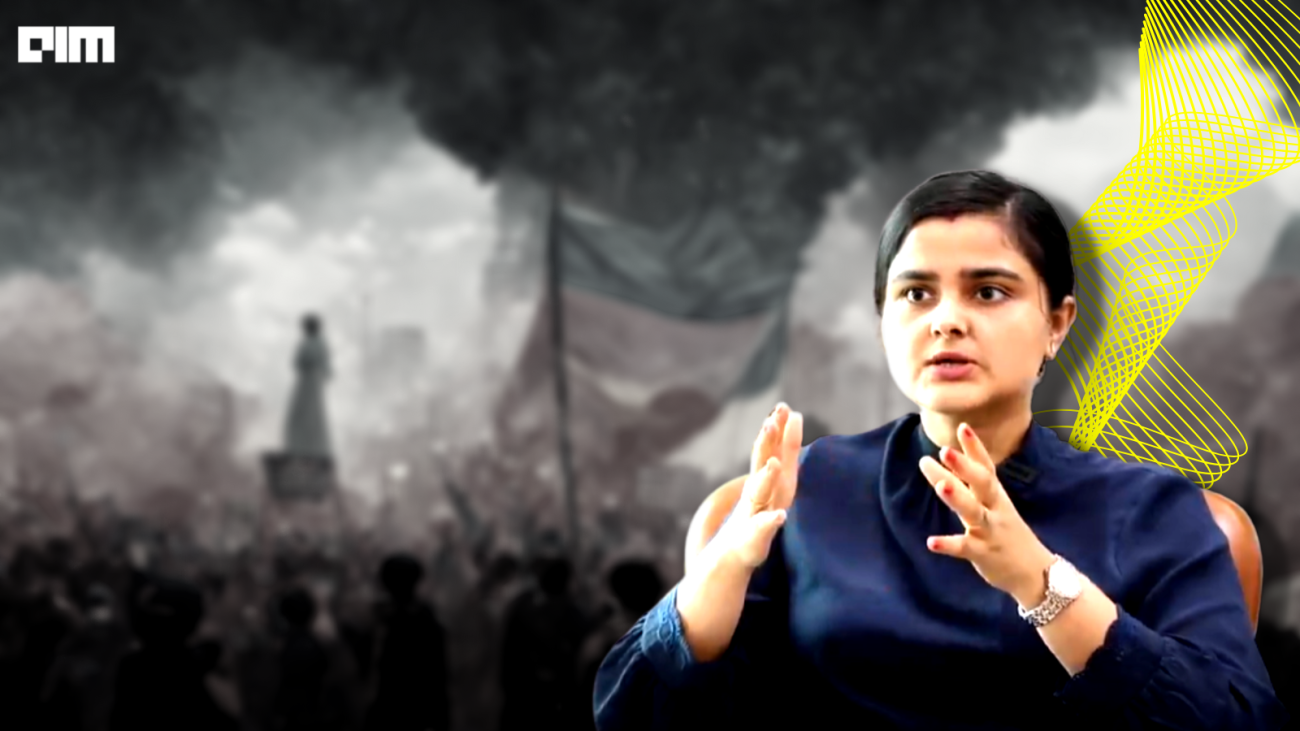 Political campaigns in India differ from those in western nations; the challenges faced by the Indian populace aren’t highly likely to resemble those faced by residents in the US, for instance.

In an effort to better understand these challenges in the context of Indian politics, Analytics India Magazine got in touch with Namita Tiwari, who oversaw the political campaigns of parties like the Shiv Sena and Trinamool Congress. She provides valuable insight into numerous challenges faced by political data analysts and campaigners and how they tackle them.

Campaigns, polls and everything in between

“When we went to West Bengal, the first thing that we wanted was for Didi (Mamta Banerjee) to connect with people—which is how the ‘Didi Ke Bolo’ initiative got its start,” Namita Tiwari explained while discussing how they were able to gather the data of citizens who were experiencing some sort of hardship.

“People came and expressed their complaints, which we mediated through CMO and successfully resolved. Using qualitative and quantitative methodologies, we were able to understand the challenges and objectives that exist across the state over the course of a period. This served as the basic framework for two initiatives: ‘Duare Sarkar’, which sought to bring specific state government programmes to the doorsteps of citizens through outreach activities organised at the gram panchayat and municipal ward levels; and ‘Paray Samadhan’, which basically focused on issues related to infrastructure.”

Further discussing political polls and their significance, Namita Tiwari said, “Political surveys are conducted in the background, as you are aware, and our team also goes out and makes an effort to comprehend and evaluate issues based on the total understanding we received from the party, primary data, and secondary research that our data deck conducts.”

Namita Tiwari believes that this data plays a crucial role in providing an accurate analysis of a vast spectrum of perspectives. She says, “The campaign team relies on it since we can likely assess the point of view from a variety of perspectives: from a political standpoint, a media perspective, and the perspective of the general public.”

She further claims that a significant amount of data and AI are utilised in the initial stage of quantitative work. To create the final result from all data and analysis, they do draw on human knowledge and experience, but AI helps them comprehend everything.

“For example, if we want to know how the media is responding to PM Modi’s visit to our state, we have our word cloud just to understand which of the things the media has followed, which part of his speech media picked up and how it’s taken up on social media—these all are very important for us to formulate the plan,” Namita Tiwari added.

Addressing the varied demographic issues in political campaigns and how they are managed, she remarked, “During the Shivsena campaign in the GE 2019 urban part of Maharashtra, we had multiple challenges. The Northwest region of MH had equal votes from Marathis and East Indians (UP and Bihar), followed by the Gujrati band and then the South Indians. Based on caste analysis of candidates and historical voter trends, we could deduce that Marathi voters are inclined towards Shiv Sena, but there is a split in East Indian votes, which was the decisive factor. This helped us to plan community-based events to bring in the swing voters in our favour.”

Could data analytics backed campaigns shift the voter base?

Namita Tiwari believes that a proper data analytics backed campaign with enough time to run could eventually shift the voter base.

She shares her experience and proposes that a change of preference in voters is, in fact, possible—“So in assembly elections, I was working on the Worli seat where an ex-MLA of NCP joined us. The party was confident, based on the analysis, that we’ll be able to tap the NCP Voters, i.e. SC community, which accounted for around 20% in the area. Our analysis showed that Marathi will completely align with us. Muslims and people from high-rises need to be convinced with targeted outreach, which we were able to perform successfully to an extent. However, since we were short on time (six months), we couldn’t shift the core vote bank of the NCP, who still voted for a very new face (from NCP). The candidate got 20–23% of the vote share and most of them came from that area only.”

She further added, “In India, nowadays it’s very hard to change the voter base over a short period of time, or in the six months that we had; for a proper data analytics backed campaign to run, we need a minimum of two years. It is a good enough time to win over people through our impact generated on the ground”

Discussing the significance of the Jio revolution for data collecting, Namita Tiwari remarked, “Before the launch of Jio in 2015, it wasn’t as easy to collect data. Majority of the efforts included handing out flyers and going door to door. However, it got simpler to collect data as more people went online.” She believes that the introduction of Jio in India and the use of data analytics in politics are plausibly related.

But is data all we need?

Namita Tiwari believes that, although data is prominent in current analysis in politics, it is not yet at a stage where it can replace human involvement completely. She says, for instance, “We cannot unreservedly follow what the data indicates. For example, solely because data indicate that few parties in the world have historically benefited from conflict doesn’t imply that it’s morally correct to re-generate such scenarios for political gain. When using these tactics in the field, we need to take the EQ component into consideration, to ensure politics priortise social welfare over power aspirations”, concluded Namita.